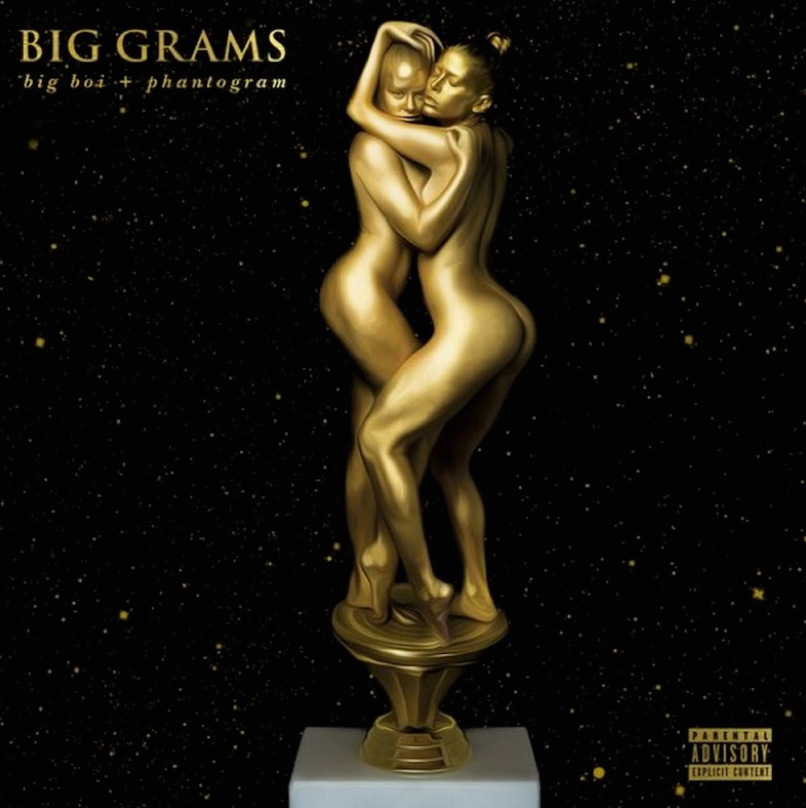 This September has been a hectic month for hip hop music. Jay Rock dropped 90059, Mac Miller returned from the grave with GO:OD AM, and Drake and Future swung a surprise left hook at the game with their duo mixtape, What A Time to Be Alive.

However, one piece of work that has stood out amongst the crowd is the group Big Grams’ self titled debut album, released on September 25. Big Grams is the unlikely fusion of Southern hip hop veteran Big Boi of Outkast, and Phantogram, an electronic rock band from New York.

As polar as the groups may appear, the different styles the artists bring go hand in hand with the upbeat, fast paced production. The final song on the album, “Drum Machine”. featuring Skrillex. has a real “turn up” vibe. When listening to it, you almost instantly feel like you’re in a music festival, grinding shoulders and fist bumping in a crowd of people.

Big Grams offers more than festival vibes though; the majority of the album offers classic hip hop styled lyrics mixed with Phantogram’s Sarah Berthel’s lulling voice. The opening track, “Run For Your Life”, is great example of Berthel’s unique voice and vocal range. It also showcases the album’s level of production, due to the beat switch at the end. It allows the song to end on an entirely different note.

Big Boi takes it back to his Southern roots on the track “Put It On Her”. His flow is reminiscent of an Outkast track, and the string and brass samples are on point. This is no surprise considering 9th Wonder produced the track.  Andre 3000 was traded out for Phantogram’s Josh Carter to give the song a fresh flavor, which gives “Put It On Her” potential to be the best track on the album.

After giving the album a thorough listen, one can’t help but be reminded of Blackroc. Blackroc is the unlikely combination of a collection of artists including the Black Keys, Mos Def, Jim Jones, Noe, Billy Danze, members of the Wu-Tang Clan, and more. Both groups posses the underlying ability to combine hip hop lyrics with soulful, deep vocals.