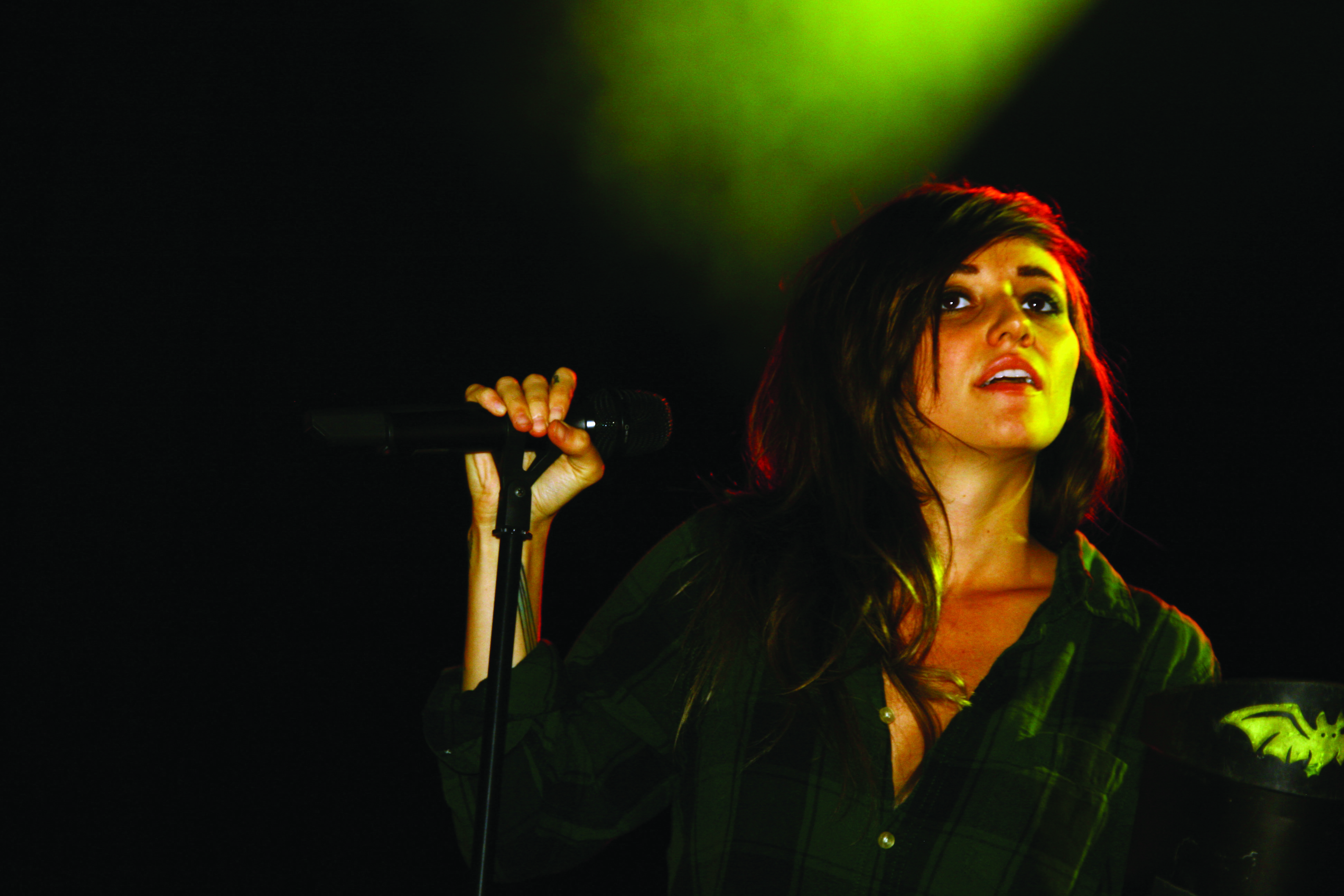 From a modest MySpace page in 2005 to a Best New Artist Juno award in 2009, Lights has been a steady icon for electro-pop music in Canada since she debuted. The gifted musician has been creating music since she was 11 years old, and has no intentions of stopping any time soon. Read all about the pop star’s married life, childhood, and hobbies below.

Why did you choose the name Lights?

Um, Lights was a nickname actually when I was younger, that derived from my last name, which is Poxleitner, and I just kinda got called that and took that nickname and made that my MySpace name when I first created MySpace back in like 2005 or something. And that was the launching pad for when people started to find my music, so it started to really become who I was, and then I legally changed my name a few years later.

How did being home-schooled influence your music?

I can definitely say I might not have even been a musician if I wasn’t home-schooled. I had time at home to concentrate and really go for what I really dreamed of, and I was with people that supported me. I really didn’t have any standard of comparison, like in a public school setting, where you’re in there with a bunch of people trying to do the same thing. You’re oblivious to that when you’re homeschooled, you’re like, “I can do whatever I want, the world is my oyster.” Whether or not its realistic it’s what I believed in, and kinda went for it. I’m very thankful I had that, I guess.

Do you come from a musical family?

My dad is talented in terms of music – it’s not his line of work, but he loves it. He taught me everything I know, from the perspective of playing by ear. He taught us to listen and learn based on the chords you know, and play by heart and play by feel. It wasn’t really about theory and the way things should be formatted, which is nice because I really don’t know much theory. It keeps me open minded a little bit, not really knowing what I’m doing, I’m just inventing chords and it’s kinda fun. When I feel like I know too much, it’s limiting when it comes to creativity I think.

How has being married to a musician affected your career?

It’s a beautiful thing. It’s nice to be able to live and go through life with someone who supports you, and believes in you and understands what you do – whether or not you’re in the same genre. We’re both in pretty different genres, we’re still both frontmen of bands and we know how it is, and how the story goes. The one big difference would be when you’re together, you learn to segment off time to spend with each other instead of spending every waking minute focusing on music and focusing on success and whatever your career is trying to lead you to do, you change your priorities a little bit. It’s a beautiful change and something that everybody deserves.

What do you guys like to do, other than music?

Your husband, Beau Bokan, follows a straight edge lifestyle, is that something you follow as well?

It’s definitely a part of his identity and who he is, and I support that 100 per cent. I would never ask him to change that, but I come from a German family – I’m very different. I have loads of wine in the fridge.

What is the worst job you’ve ever had?

If you weren’t a musician, what would you be doing now?

If I wasn’t doing music I’d probably be in some kind of artsy job – like video game design, or comic book artist, or animation or something like that. I became a huge fan of comics, they inspire all of my artwork. I actually put out art now, in limited edition lithographs, and it’s very comic art based.

Probably Joshua Tree by U2 or probably Debut by Bjork maybe.

Are you planning on putting out a new album soon? And how do you feel about the music industry’s pressure to release albums every year?

I’m definitely working on it right now. It probably isn’t going to be out until next year, but I’m working on it. I definitely feel the pressure, but I try not to let it make me force out crap. If you’re not insanely prolific or in an inspired time in your life, and you don’t have a record ready for the next year, don’t feel like you have to put out crap, because that’s more harmful to your career than holding off for another year and waiting for the good stuff.

How has being Canadian influenced you, and what does it mean to be Canadian?

As a Canadian, you don’t really think of being a Canadian artist, it’s just who you are. The only time I’ve ever really noticed the differences was later on in my career when radio play started to happen, or the Juno awards nominated me and gave me Best New Artist. You start to realize there is a real supportive community in Canada for music and that involves factor grants, you get support money from the government to help you build your career, which is amazing – it’s part of the reason I’m here. There’s Canadian content laws which enforce 30 per cent of music here to be Canadian, so suddenly you have a world in which you can be played and you have a better chance than in most places. That in itself just makes me happy to be Canadian, because we really support the arts and it’s very nice. There’s a lot of great talent from here, just such a variety and it’s an honour to be among them.