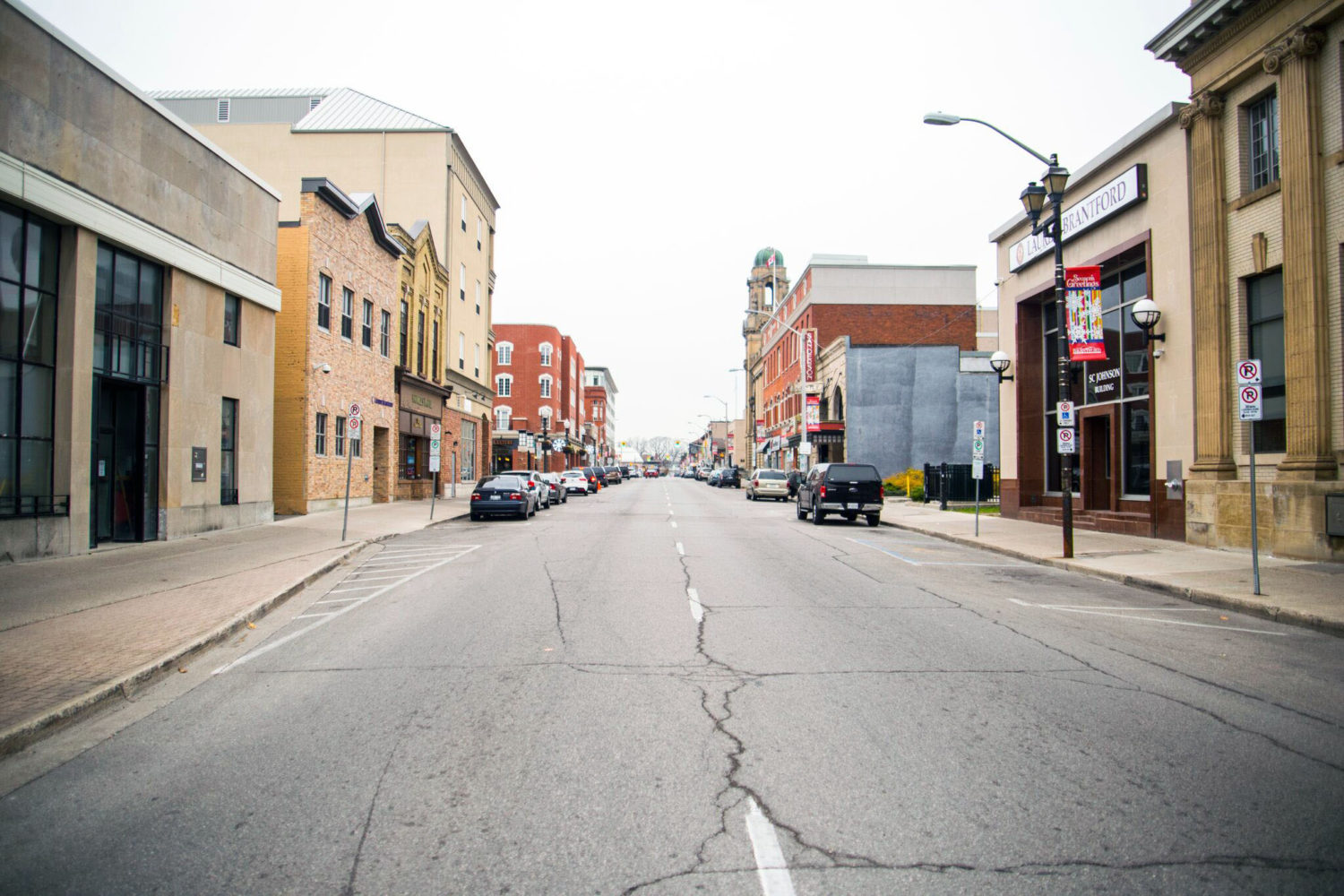 The Brantford Downtown Outreach Team, otherwise known as BDOT, is a pilot program implemented in July of 2019 with a focus on reaching out to people struggling with addiction, homelessness and other challenges.

The idea for the BDOT was born out of a need for a new approach to working with vulnerable populations, such as those experiencing homelessness in Brantford. It was modelled after similar programs across the country which have been successful.

The BDOT makes an impact on the downtown core of Brantford in a number of ways, including connecting individuals with access to health services, providing food and supplies, giving housing support and helping highlight the needs of street-involved people to the city of Brantford.

“One of the important points of their actions is to connect individuals with medical services. So, one of the challenges to accessing medical services is there is often some pretty significant gatekeepers to getting into the system, for instance not having a fixed address can really limit your access to services,” said James Popham, assistant professor and leader of the BDOT evaluation team.

“On top of doing that, it’s been a lot of working with the community so it’s become a visible component of the city and it’s initiatives to try and work with the different communities within Brantford to try to address the concerns and needs through visible and proactive measures so people can become aware of what’s happening and that the city is making an effort.”

The evaluation of the BDOT team is being funded through the Social Sciences and Humanities Research Council of Canada, allowing the BDOT to receive valuable feedback which they may not have otherwise been able to afford.

“I’m doing something that would normally be quite expensive,” Popham said. “Working in sort of a consultant position. So I‘m helping agencies who might not have the funds or means by which they could hire an expensive consultant, providing them with that level of expertise which will help them with their program.”

At the moment, Popham is the sole evaluator on the project but he is looking to hire a student with evaluation experience to assist him in his work.

The evaluation will measure a number of different factors, including a look at the influence the BDOT has had on concurrent services, such as the Brantford Police Service and the Grand River Community Health Care Centre.

“First we’re going to be looking at, I guess, the nuts and bolts of the program itself, so the number of people served, the types of services they’re receiving, the types of accounts and numbers of supplies being provided from the BDOT to the community, as well as looking at changes in policing; so whether or not there has been a drop in calls for social disturbances or public disorder calls,” Popham said.

“We’re also going to be looking at changes in things like emergency calls to the fire department or ambulance just to get a sense of how the presence of the BDOT has affected those.”

In addition to measuring the effects of the BDOT team in a numeric sense, the evaluation will examine how the BDOT is helping people on an individual level.

“A second thing that we’re going to be looking more closely at is the impact; and part of this is going to be done by working with people who have worked with the BDOT, so street-involved or homeless individuals, and hearing their stories and their experiences with the BDOT and hopefully including those in the evaluation to sort of summarize how it impacts individuals,” said Popham.

First we’re going to be looking at … the nuts and bolts of the program itself, so the number of people served, the types of services they’re receiving, the types of accounts and numbers of supplies being provided from the BDOT to the community, as well as looking at changes in policing; so whether or not there has been a drop in calls for social disturbances or public disorder calls.

The evaluation of the BDOT team will help fine-tune and streamline their services by pointing out areas that can be improved upon and giving them valuable information about the program.

“A third arm is going to be talking to the team, as well as the organizing committee, and getting a sense of what sort of barriers they’ve experienced, successes they’ve enjoyed and how those sorts of things can be used to improve the mandate of the BDOT and streamline its operations,” Popham said.

“Evaluation research, particularly when it’s done on behalf of an organization or an academic group, it really helps to empower the organizations that we’re working with. It gives them information that can be used to pursue further funding to ensure that the programs or initiatives they’re piloting can be successful. It also provides a means by which the organizations can improve their services and service delivery so, for instance, identifying some of the challenges that might not normally come up in day to day conversations”

The evaluation will give a more holistic perspective on how the program is working within the greater community to facilitate positive change.

The BDOT helps to dispell myths surrounding the homeless populations and highlights the often hidden struggles they experience by listening to the experiences and needs of street-involved individuals and bringing this knowledge to light.

“There’s a misconception that homeless people want to be homeless and that they’re satisfied with what they’re doing but the reality that we’re encountering is that a lot of the people that the BDOT is working with, they’re unable to get access to housing,” Popham said. “Brantford has a shelter shortage right now, they have limited social housing and the supports just aren’t there to get people indoors so that’s one of the challenges that they’re encountering.”

From my conversations with the BDOT team, they say that many, if not most, of the people that they work with are not currently in an addicted or dependency sort of situation, they may have been in the past but many of the people are just living their lives.

Another common misconception is that the majority of the people struggle with addiction, or that they are homeless due to an addiction. However, the BDOT has found that this to be far from the truth.

“From my conversations with the BDOT team, they say that many, if not most, of the people that they work with are not currently in an addicted or dependency sort of situation, they may have been in the past but many of the people are just living their lives,” Popham said.

“There’s again an assumption that many of the homeless or street-involved individuals who we encounter are there because of drugs or drug dependency and the reality is that many of the people aren’t. And through a number of different social circumstances in the past, they’ve come into the situation that they’re in now.”

People often fail to emphasize with the homeless population due to a lack of knowledge or experience in what they go through. Through their work, the BDOT hopes to spread the word on the physical and mental tolls of homelessness.

“These people haven’t got the means to take even public transportation between different locations which are spread out across the city, so they’re often walking continuously throughout the day,” said Popham.

“At night, they’re physically exhausted and rather than having a comfortable bed to go to they’re living wherever they’re living, so whether it’s in a tent or a place where they feel secure; and even in the evening, there is a major security concern. People are never actually getting a proper night’s rest because they’re constantly worried about people stealing their stuff or assaulting them.”

The BDOT team is always grateful for any form of donation, whether that be financial support or tangible goods such as non-perishable foods or warm clothing, to help them in their endeavours to support the Brantford community.

This article was originally published in The Cord on October 30, 2019.