A new brew: Veritas Café opens at One Market Square in Brantford 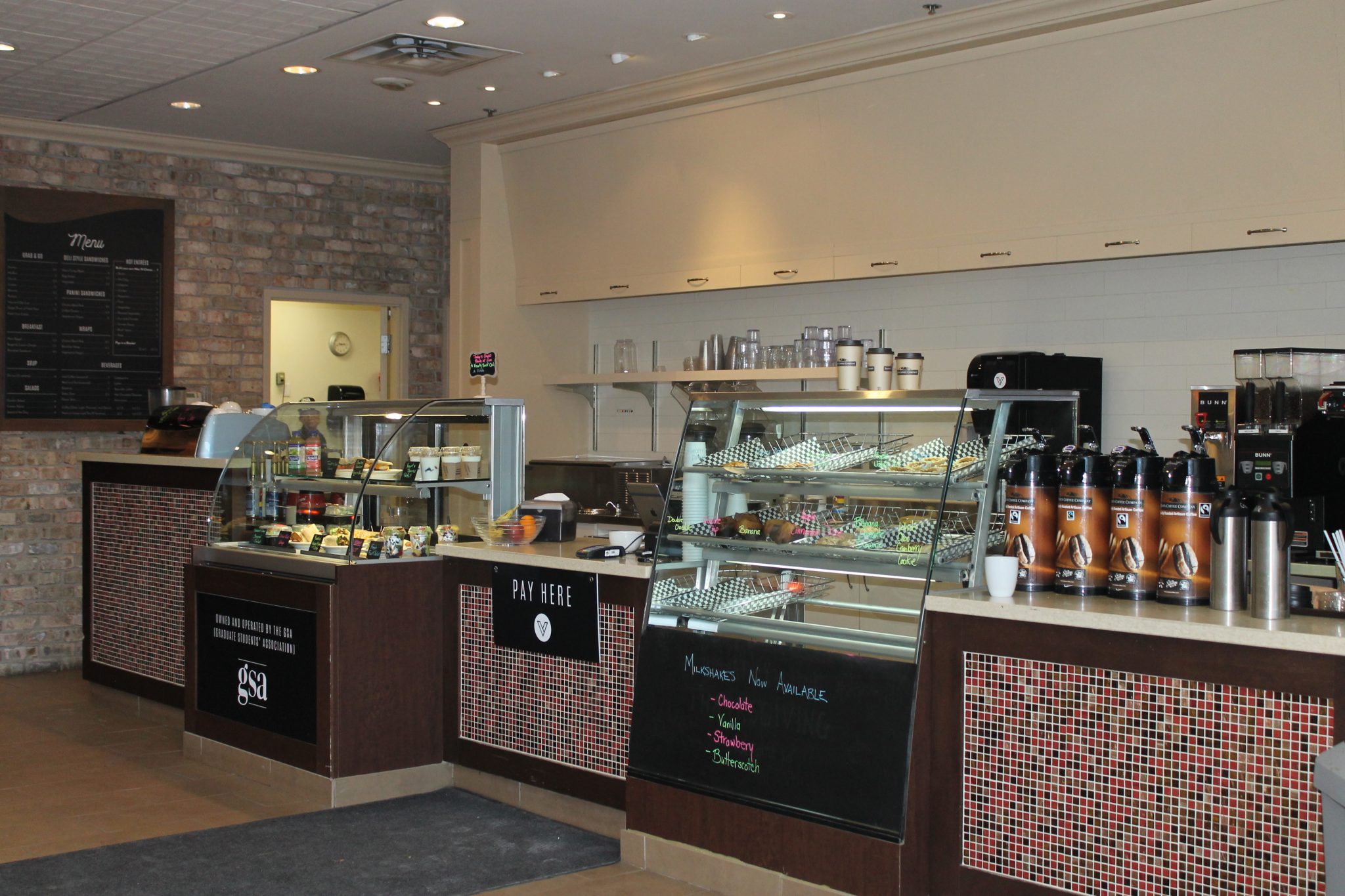 The once-abandoned mall is now a vibrant atmosphere for members of the Laurier community, as well as others in the downtown core of Brantford. The new Veritas Cafe is largely responsible for this.

The coffee shop opened this September in the space that formerly housed Williams. Veritas is open 8 A.M. to 3 P.M. Monday to Friday, and is located in 1 Market, a building that now houses a number of lecture spaces. Though Veritas is new to the Brantford campus, it is not the first of its kind.

The cafe’s first location is at the Laurier Waterloo campus, where it opened 12 years ago. However, in 2015 the Laurier Graduate Students Association decided to formally manage it themselves, and have been operating Veritas ever since.

According to McMahon, the café pays its employees a living wage. Additionally, the coffee beans are roasted locally by the Baden Coffee Company, which ensures the growers of the South American beans are paid as well as cared for.

The café accommodates many dietary restrictions, as both their beef and chicken have Halal options available. The menu also rotates frequently, allowing a bit of variety and options to diners.

Although the initial public reception has been promising, the difficulty lies in “getting the word out there.” said McMahon.

To help with reaching students, Veritas has partnered with the Laurier dean of students’ office. This partnership will provide Laurier students with affordable soup options that can be purchased for 3 dollars, throughout the winter months.

Veritas is meant to establish more of a presence in the Laurier community. As the Brantford campus continues to grow, the Cafe hopes to do the same.