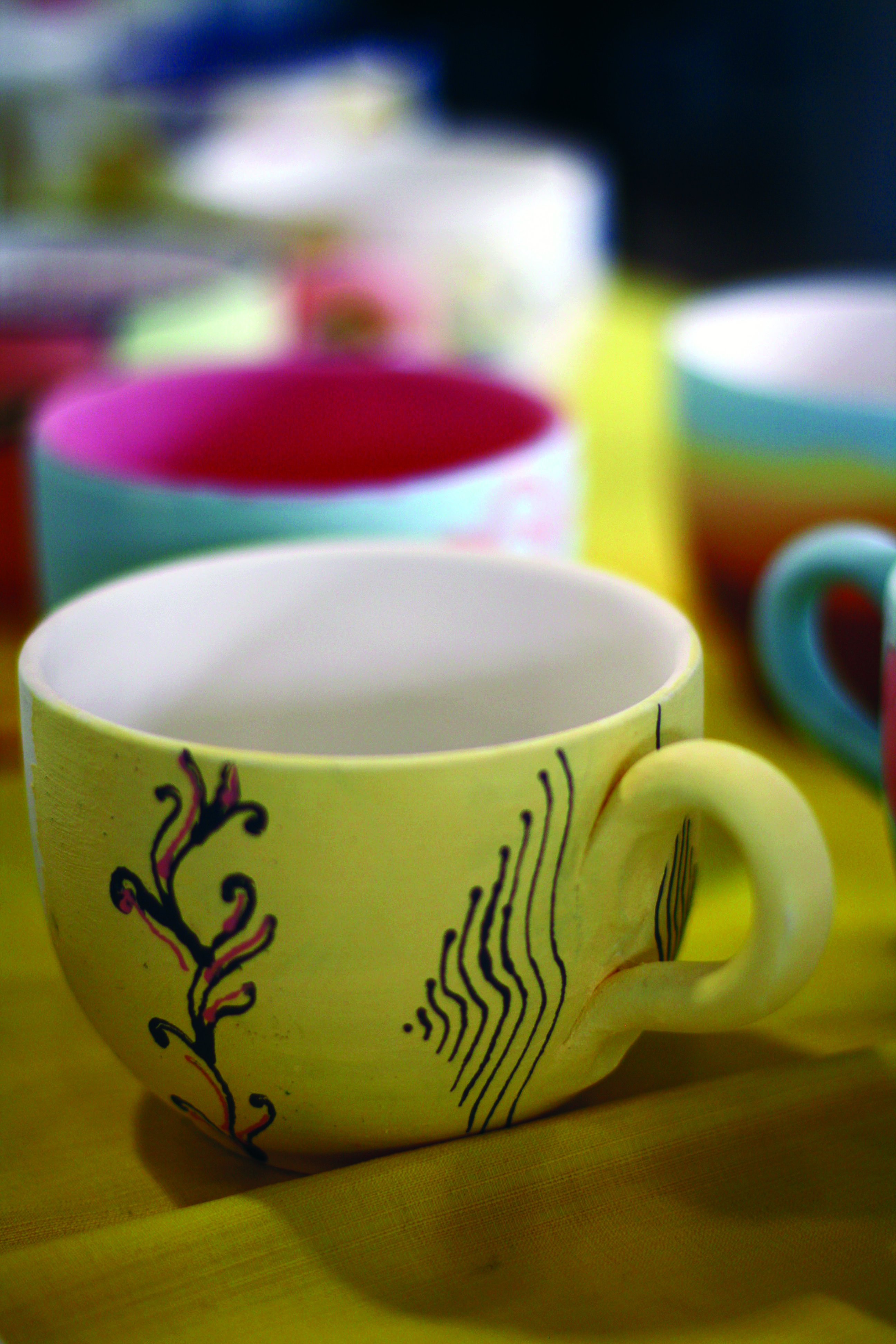 Brant United Way had students and “campus celebs”get involved by using their hands artistically instead of reaching them in their pockets.

This past week, the Brant United Way held a booth and table in the west wing of Laurier’s Research and Academic Centre asking for students and faculty to paint soup mugs for their upcoming soup lunch fundraiser called, Be a Souper Hero. The soup mug painting was scheduled to run from Monday to Friday, 11 a.m. until 2 p.m. each day, but due to popularity the stock of soup mugs ran out by Thursday – after the fact of ordering more. The paint-it-yourself pottery company, Crock A Doodle partnered with Brant United Way by providing all painting supplies and mugs at a discounted rate as well as $5 gift cards to give to each participant.

The United Way has had a long connection with Laurier on both campuses, United Way Employee Campaign Coordinator for the Brantford campus, Jeanette Wilson explained. The Brant United Way sees Laurier Brantford as an important part of Brantford’s community, and therefore feels a connection with the students is essential. Wilson said the United Way tries to integrate student involvement on a different level than with the money factor, “that’s really not the focus, we want to support our students … Without the stress of financial donations.”

“I find it very pleasant, different than usual, a happy little break,” said Mayor Friel while attending to his soup mug. This was Friel’s second experience painting with Crock A Doodle, although he refused to call himself an expert just yet.

MPP Levac said this was not only a great fundraising technique, but also very important, especially for the students studying concurrent education. Levac is a strong supporter of art, and believes teachers need to find their “inner artist” to excel in their profession. “These kids are giving back and are doing it in a really fun way,” said Levac.

The faculty deans and Araujo joined the painting table together on Thursday morning. The table used words such as creative, engaging, fun, awesome, and giving when describing their experience with this fundraiser.

Waterloo co-op student, Odelia Ho is a campaign assistant for the United Way. Although Ho said she had only been a part of the United Way for about three weeks, she had taken part in multiple events and fundraisers already. Ho admitted this has been her favourite fundraiser yet, “It’s pretty interesting, and fun. Some people wonder why I am with United Way because it is not in my career path, but it’s a great experience … Co-op is the time to learn whatever you want.”

All soup mugs will be glazed and used in the Be a Souper Hero fundraiser lunch for the Brantford community and Laurier faculty members on November 1st. Tickets for the lunch will cost $25 which includes the hand painted soup mugs, and all proceeds will go toward the Brant United Way.