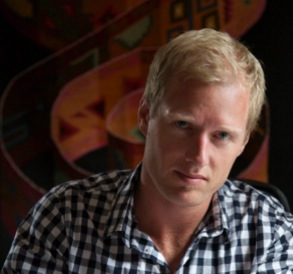 Laurier Brantford welcomed Arno Kopecky, author of Oil man and the Sea and winner of the 2014 Edna Staebler award for a brief Q&A session on Thursday, Nov 13th. Kopecky was interviewed in the DAL building by Professor Bruce Gillespie, and was able to share details about his new book.

Kopecky resides in Vancouver and is an environmental journalist that has written for several publications such as the Globe and Mail, Foreign Policy and The Walrus – according to oilmanandthesea.com. Over the last few years, Kopecky’s work has involved researching about subjects such as free trade agreements and how oil projects have affected indigenous communities. The book Oil man and the Sea was about the Northern Gateway Pipeline’s that have been built between Alberta and British Columbia. During the interview with Bruce Gillespie, Kopecky spoke about a variety of subjects such as; the groundwork behind his newest book, his experience sailing towards the Great Bear Rainforest and the importance of reaching out to the communities living there. “Northern Gateway was in the news pretty much every day at the time. The people who were talking and writing about it – most of them were from Ottawa, Calgary, Edmonton and Vancouver. There were very few voices that came from the Great Bear Rainforest. It seemed like there was a void in how this issue was being discussed and treated in the news.”

In addition, Kopecky shared details about the difficulty of journeying towards the Great Bear Rainforest. “There was not a single road in the Great Bear Rainforest. The only way to get there was is if you had a boat,” said Kopecky. It was the fortune of Kopecky’s friend purchasing a boat that gave him the opportunity to sail and cover the story. “At the end of 2011, a good friend of mine who happens to be a photographer, bought a 41-foot sailboat. It was a dream of his, and he found a good deal and bought it. We thought about checking out the Great Bear Rainforest because there was a huge story unfolding there,” continued Kopecky.

Kopecky was also able to give advice to the younger generation of aspiring reporters and authors – being an established author and journalist, himself. This advice can benefit all students in pursuit of a journalistic career. “Be creative with your funding. You probably won’t get enough money to live on with your first or second book contract. Don’t try to have a book be the very first thing you publish. I did a lot of years of traditional journalism for newspapers and magazines.” Kopecky continued and touched on his idea of a traditional way to create a book. “You can collect a bunch of big features, and those features together can become a book. That is the most traditional way of doing it – your book is the final combination of a number of articles.”

Lastly, Brian Kloet, a Criminology student shared his thoughts on the event. “I’m writing a research paper about the Northern Gateway Pipeline. I wanted to know what he found out when he was there. What he said about the indigenous people I found interesting.”

You can purchase Oil man and the Sea at Amazon.com or at the Laurier Brantford Bookstore.