A recap of the Super Bowl commercials 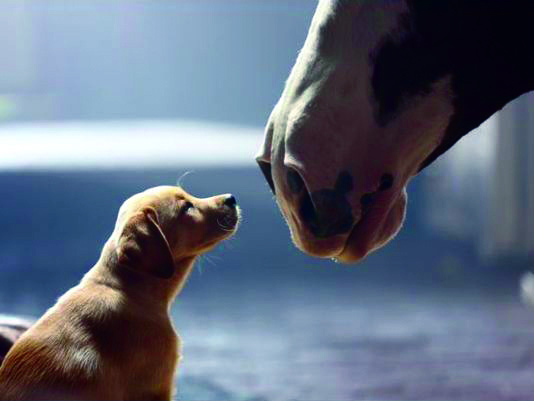 There are three types of people who watch the Super Bowl. First, we have the die-hard fans that love any excuse to yell at the television, then we have the bandwagon jumpers who strive to be socially accepted by making statues about their “favorite team” (We’re secretly judging you). However, the most popular brand of spectator are those bored and hungry souls in it for the pub grub, the half-time show and the notorious super bowl commercials (This brand of fan is also not expected to know the rules of football or the names of the teams playing). It may also be an excuse to get wasted on a Sunday night, but it is also the only night on television where you don’t want to gauge out your eyeballs when they cut to commercial break. If you were one of those unlucky souls who couldn’t access the American TV networks, do not fret because we have the highlights.

The 2014 Super Bowl commercials did not disappoint and, on a separate note, it was invigoratingly refreshing to see that the top commercials didn’t feature half naked sorority girls pouring Jell-O on themselves to sell beer. Thank you Budweiser. Go feminism! Instead they decided to charm drunken audiences with the likes of baby animals, celebrities and the Muppets.

The most memorable commercial this year was by far Budweiser’s “Puppy Love” commercial. Basically, the commercial follows the friendship between a Golden Labrador puppy and a Budweiser Clydesdale horse at a farm. I’m not going to spoil it for you because that’s what YouTube is for. However, you may want to call up your friends and cry together after watching it. The cuteness level reaches a prime six thousand and two. Not to mention that a good crying party is the new kegger.

If cute puppies won’t sell you, then a trip down memory lane will. Second to the top we have the Dannon Oikos Full House Reunion commercial. Those clever, clever, people at Dannon know me a little too well. The beautiful face of John Stamos, but you may affectionately know him as Uncle Jessie from the childhood classic Full House. The commercial features Danny and Uncle Joey pranking an unsuspecting (and sexy) Jessie. Thanks capitalism for tapping into my intimate childhood memories to make me want to buy yogurt. Even though I’d much rather buy Uncle Jessie.

Let’s be honest… car commercials usually suck. Either they rant about some sort of payment plan or they instill unreal expectations in women. I hate those ones that are all, “Oh honey I don’t want anything for Valentine’s Day … Oh my gosh a new car!” Come on people. This isn’t an episode of Real Housewives. So either this commercial was inspired by the upcoming Muppets movie, or they finally fired the idealist idiot who keeps trying to convince women their boyfriend will buy them a new car for Christmas.  Check out Toyota’s  “Big game ad starring Terry Crews and the Muppets” commercial. Because if unrealistic gift expectations won’t sell you on a new car, then Terry Crews and the Muppets will.

If you happened to be mildly intoxicated during the Super Bowl and used the commercials for pee breaks, then you surely missed out. Take a few minutes from cramming for midterms and check these commercials out. It may even give you a trace of optimism that companies will attempt to make their year-round commercials less boring.