A master plasterer against all odds 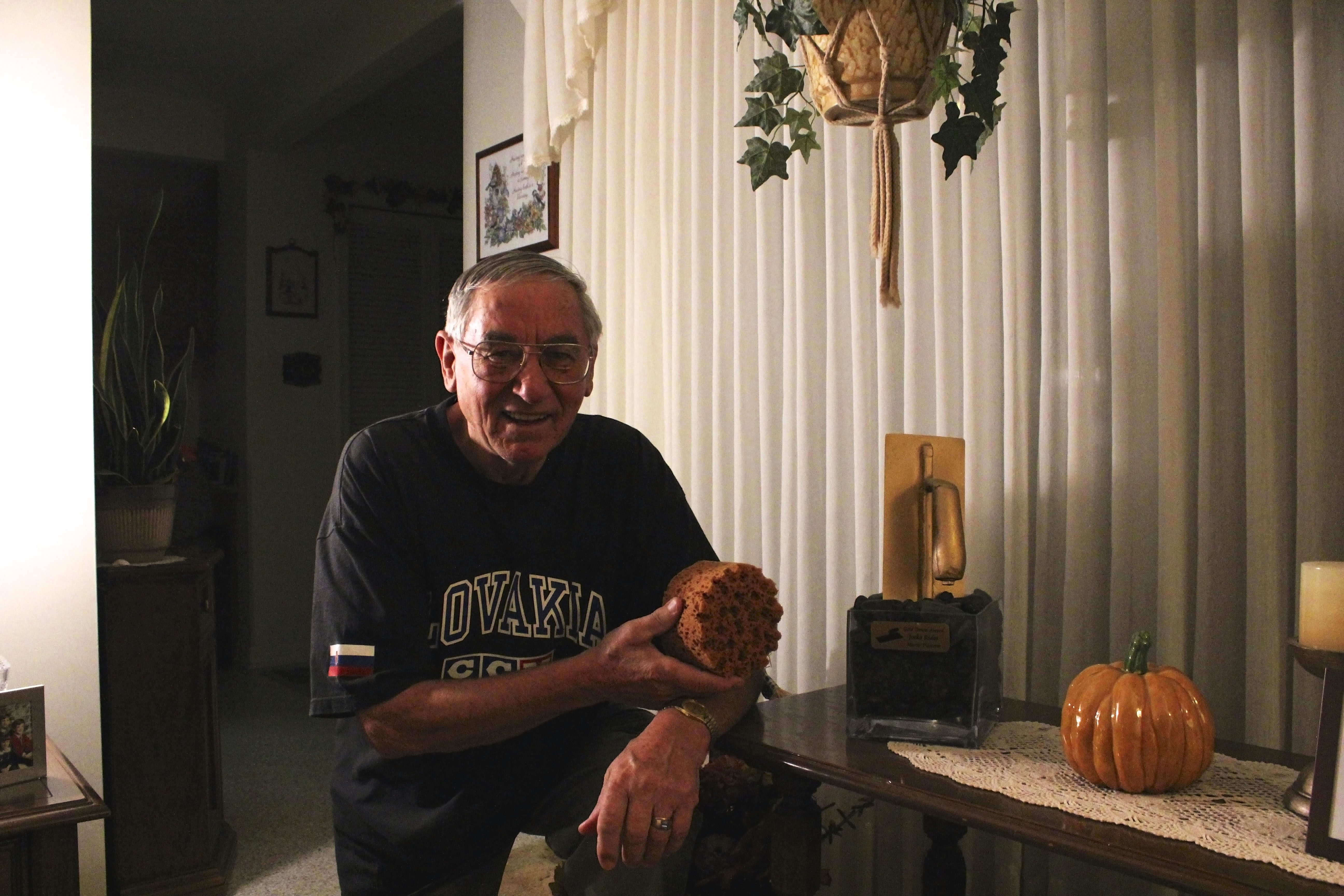 For most people, trying to start their own business would likely be difficult and overwhelming. Imagine starting your own business after moving to a foreign country, where you knew little about its culture and could not even speak the language. Not to mention you have very little experience working in the trade at all.

This was exactly the case for Jozef Ridos, who immigrated to Canada from Slovakia in 1951 at the age of 19 and was able to start a successful plastering business, despite having the odds stacked against him. In conversation with Mr. Ridos, I sought to learn how he managed to start a viable business doing a job that he loves – and is still continuing to work at, even at the age of 82.

When I arrived at the home of Jozef Ridos, I received a friendly greeting and was immediately welcomed inside. Soon afterwards, I met Mary, Ridos’s wife of over 60 years. A true hockey fanatic, Ridos wore a Slovakia CCM hockey t-shirt, as he watched an NHL game on television. His basement was decorated with family photographs of his four children and many grandchildren. A vintage organ sat in the corner of the room, with preschool artwork from his grandchild hanging on the wall. I sat down on the couch beside him, as he launched into a life story that would soon leave me awe-inspired.

“I started plastering when I was 20 years old. When I came to Canada, I was 19 years old and couldn’t speak a word of English,” Ridos explains.

In his native Slovakia, Ridos worked as a blacksmith from the age of 14, before immigrating to Canada. Upon arriving, he discovered that there were no jobs as a blacksmith available and was forced to find other work. Ridos found employment as a labourer for a plastering company, through a man he met after joining the local Slovak church. For three months, Ridos carried buckets of mud and cement for the plasterers, but this was not fulfilling enough. He wanted to learn the trade for himself.

“I didn’t just want to be a labourer all my life, I wanted to better myself. So I asked my boss, ‘Victor, do you think I have a chance to learn the trade of plastering?’ He said, ‘yes, it is up to you.’”

From then on, Ridos began plastering, helping out in the less significant rooms of a home such as closets. His eagerness to learn and perfect the craft allowed him to develop a lifelong career.

“I got better at the work because I liked it; I learned fast and within six months I was up to making $1.00 an hour,” he reminisces. Ridos had received a 10 per cent raise from $0.90, which was quite significant in those times.

Six years later, in 1958, Ridos started his own business called Star Plastering, with a fellow tradesmen. The company lasted for seventeen years, with Ridos having as many as twelve men working for his company.  After cutting ties with the business, he continued to work independently, still taking on new jobs to this day.

“When people call me to do fancy work, plaster design, it makes me happy that I can still do it. And I like making the customers happy too,” he says proudly.

It is amazing to think that Ridos can continue to do the job he loves at the age of 82. The work of a plasterer can be physically exhausting, especially for the arms, which must be constantly outstretched to the ceiling.

“I asked my doctor if I would still be able to work. And he said, Jozef, you should be fine; just limit yourself to four hours a day and always listen to your body.”

It can be certain that Ridos loves his job, as he still has no desire to retire from a career that has spanned over 60 years. For students who will soon be beginning careers, the story of Jozef Ridos is a reminder of the value of hard work and dedication. Throughout his life Ridos always seemed to put others first and it led to a very successful career and family life.

Very rarely is someone so passionate about their line of work; he is “one in a million,” according to Joey “Josko” Ridos, Ridos’s son. I must agree with you Joey; at least in my books, Jozef Ridos certainly is one in a million.