Behind the doors of the Armoury 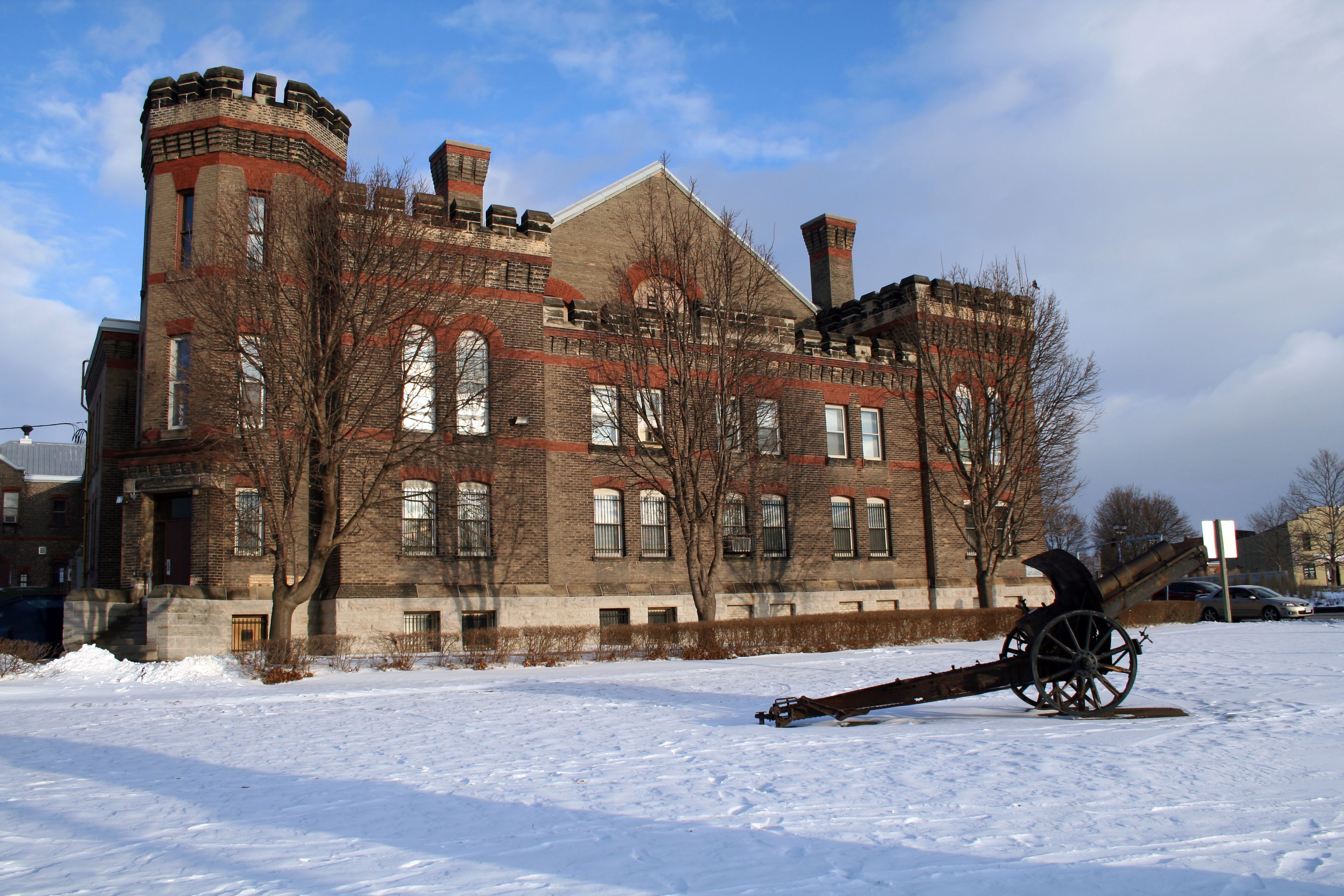 The building stands alone in front of busy traffic. Its faded brown bricks and dusty stone foundation fit into the city’s traditional 19th century architecture. A parking lot hides behind its tall structure in view of the brown wooden porch that looks like it belongs to a house in the countryside.

The Sgt. William Merrifield Armoury is a staple of Brantford’s downtown. Many of us walk by it on our way to classes but never consider what is inside. The city’s extensive history and old architecture is a value in our fast-paced world – a step back into the past highlights the technological progress made within the past 120 years.

The Brant Museum and Archives, a three minute walk from the Carnegie Building, is filled with over a century’s worth of recorded materials. Justin Butler, a researcher, said Brantford has a sense of pride and protection when it comes to its history.

“I think the Armoury is a very interesting place and I think like a lot of things in the country, some of its history has gotten lost,” Butler said. “It would be ideal if we found out it again and if people actually knew [what goes on].”

With the amount of materials available it is easy to access the history of the Armoury. But it is harder to know what currently goes on. “I’m at the museum with information that stops after a while so we are not going to get [new] information probably for another 20 years,” Butler said.

A special request for a tour of the Armoury was granted to Sputnik staff and Sgt. Chris Gagen, who has 19 years of experience in the military, led the tour of the building this past Friday.

Despite all of the windows, the building is dark.

Signs label the top of each door, revealing the contents of the diverse spaces.  The main door beside the porch leads to a large room similar to an oversized garage. This is the Parade Square, also known as the Drill Hall, where formal parades are held.  The space has the look and feel of a warehouse due to its tall, black ceilings, bright lights and echoes.

Three pillars on the left of the main door surround glass cabinets that display historical keepsakes on loan from the Canadian Military Heritage Museum.

On the top right of this space hang provincial flags as decoration for the mayor’s visits in city events and in formal parades with visiting commanders.

To the left is a black staircase leading to the Indirect Fire Trainer, a training space for forward observers. The door opens to a room on the left with an interconnecting room straight ahead. The first room is decorated with large maps while the second is dim and spacious.

The latter room is leveled into stages with a couple of desks and chairs sitting on every stage. Red lights divide the levels to point out the stairs.

A large screen is placed in front of the room.

“The operator would sit [on the computer] and put up various maps and displays onto the screen and then our forward observer parties would go through practicing calling in indirect fire,” Sgt. Gagen said. “This is where they train to adjust surrounds and go through various fire missions.”

A maximum of four forward observer parties can fit into the IFT room, with each group consisting of three to four people. A signal operator, and officer in charge, at least one technician and a sergeant are also required.

The Small Arms Trainer room is hidden under the black staircase of the Parade Square. The dark-walled room is crowded by a large white computer on the left behind blue and cream striped mats laid across the floor. Black rifles are spread across it. Each rifle is different but all are heavy to emulate a realistic training simulation.

This room is designed for range practice.

“Even though we’re a field artillery unit every soldier has to be trained as a soldier,” Sgt. Gagen said.

“Basic marksmanship skills, working with the various machine guns [are all a part of training].”

Sgt. Gagen said that if the operator sitting behind the computer is satisfied with a soldier’s performance, the scenario plays out accordingly. But if a soldier’s command and control is weak then the scenario will produce different results, requiring the soldier to react to the type of situation.

The remaining left side of the Parade Square is lined up with large metal matte square cages filled with winter equipment including large tents that can be unpacked easily.

There are three messes upstairs. Messes are social gathering spaces for soldiers belonging to different ranks.

The Sergeant’s Mess is accessible to officers and senior non-commissioned officers and is used after training nights, exercises and on Remembrance Day.

The long room is filled with wooden tables and chairs, a contrast to the electronic entertainment system in the corner. The traditional yet modern room is decorated by mementos both old and new, some even from Afghanistan.

On the right wall is a closed bar area with a bell on its left. “If you’re ever inside of a mess you’ll always find a bell,” Sgt. Gagen said. “The tradition is if you ring the bell, you will have to buy a drink for everyone sitting inside the mess.”

At the end of the room is another corridor and door that leads to a conference room. Many teleconferences are held which removes the trouble of having to travel back and forth between locations in Simcoe and St. Catherine’s.

Although the interiors of the building have been polished the wooden doors and staircases show their age. Sgt. Gagen said, “Some of these doors actually go back to the original doors of the building so we’ve tried to maintain the history.”

Across is the Junior Ranks Mess, the hangout area for soldiers below the rank of sergeant.

The furniture is hand-built by the soldiers themselves.

The black cushions on the couches by the left wall are marked with the same Royal Canadian Artillery crest found throughout the Armoury. On the right is the bar, linking the two messes, with its own golden bell shapes as a cylinder.

Like the other mess, the Junior Ranks Mess is equipped with perks such as a television and a foosball table.

On a farther side of the second floor is a door leading to the Officer’s Mess, the most elite mess. It is laid out like a suite with a foyer room with a 60 year-old pool table in the middle. The green cloth and polished dark wooden rail, cabinet and legs of the table are rich in colour.

A walk into the second interconnecting room reveals a large open space with a black leather couch. Medals and badges are up on display.

Almost all objects are decorated with the RCA crest, from the royal blue carpet placed under a glass coffee table to the wooden RCA crest on the wall between the stone fireplace and the portrait of Queen Elizabeth II.

Even on a cold day, the natural light brightens up the dark colours of the space, highlighting the polished brown wooden panels that cover up the ivory walls. As with all messes, a bar and a bell are a staple of the room’s design. Studio lights sit between the top of the walls and the ceiling, remaining out of view.

Straight ahead lies another interconnected room with a desk and maroon chairs covered with stacks of framed black-and-white photographs taken over the past 100 years. More framed photographs lean against the walls, sitting on the floor.

The tall windows overlook the city, a city that understands its historical value and one that continues to preserve its history today.