From the page to the stage: Poetry slams come to Brantford 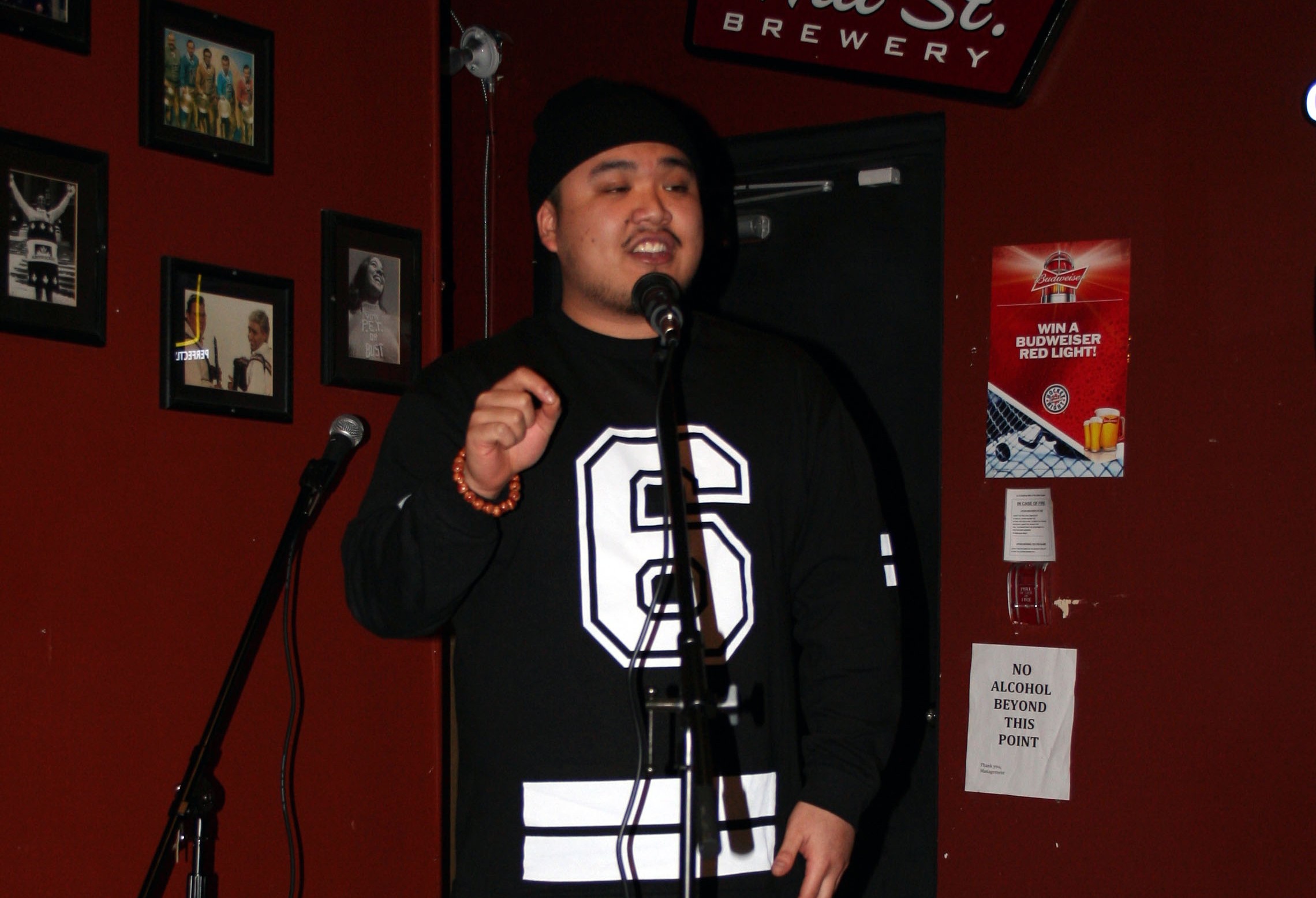 Poets from every corner of Brantford came together at Rockling’s Tap and Grill for a poetry slam, courtesy of the Brant Rant.

It is a monthly slam, with this month’s theme being “Anything Goes”. Poets were allowed props, music and anything they desired for their performance, which usually is against the rules. The event was sectioned off  into two parts: an open mic for those poets who decided to stay out of the competition but ultimately wanted to preform, and a judged slam which featured a cash reward. There was also an appearance from Patrick de Belen, the National Spoken Word Champion as well as a Canadian Youth Poet of Honor.

For those who may not know, slam poetry is a fairly recent art form. It emerged from Chicago jazz clubs in 1988, combining performance with spoken word poetry. Though usually it is a poet’s own work, there are certain exceptions to the rule. The performance itself (called a slam) is usually on a very simple stage containing nothing but a microphone and a stool. As for a competitive slam, there are usually three judges who rank contestants based on a “sacrificial poet” who sets the bar. Though there can be slams where the poets get eliminated after each of the three rounds, the style is ultimately up to the organizer.

“What we’re really focusing on is seeing more people getting involved in the slam competition, because that’s what it’s really all about. It’s really a great opportunity for students interested in the arts, English, theatre, songwriters and rappers, and even students who just want to get comfortable with public speaking,” said Barb Day, the founder of Brant Rant. “The goal for the Brant Rant is to provide a safe, fun and welcoming platform for people to express themselves and share their words. It is a slam competition, so at the end we have cash prizes. For first place they would get $50, second place $30, and third place $20.”

The Brant Rant occurs every month on the 11th at Rockling’s, each time with a different theme, which is announced on their website. February’s theme is anti-Valentine’s Day, March’s is St. Patrick’s day, and so on.

“The most important thing is getting the students involved and getting them up to the mic and sharing their writing,” says Day, “We also like to see students hosting the event, volunteering as timekeepers, scorekeepers, running the technical aspects of the show, like putting music together and circulating posters. There are lots of ways for students to get involved, and I think the students can really make this their event.”

The hostess of January’s Brant Rant is Tara Tran, 29. “I’m new to the poetry slam scene,” she says. “Not having been exposed to it before, and just previously being an artist, it’s a unique form of expression that seems free. But I like the slam scene itself because of its unique structure – it’s actually very organized. It’s creating a forum for poets to share their thoughts.” As a native of Brantford, Tran is excited about the Brant Rant, and the chance to do something creative and different that is not conventional or sports-oriented.

Day started Brant Rant after she retired from her national spoken word career, with the goal of bringing the joy of slam poetry to the students and youth of Brantford. It is a medium and venue for students to vent, and Day, with her associates – Andrea Bazler, Angie Vehrs, and Mark Gladysz – set out to make the Brant Rant a possibility. It originally started in the Art Block, which eventually moved out of the downtown to its current location in West Brant. After not getting the same number of participants, Day and her team decided to move right back into downtown, with Rockling’s being the perfect fit.

The Brant Rant has attracted a large following of students, who come to see both the featured performer and other artists. The reason is clear: people are discovering what slam means to them, and are enjoying having a comfortable place to step out of their skin for a night and become someone completely different.