“You always owe it to yourself” 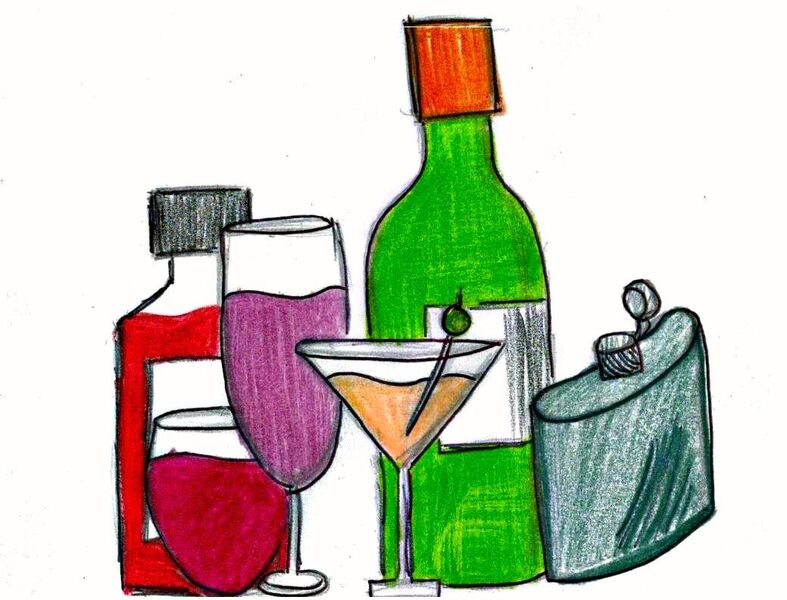 Alcoholism is a dangerous condition that can arise from repeatedly abusing alcohol. Like any other addiction, quitting is an incredible challenge.

Ainsley Arnold, who is seven months sober, spoke to me about her experience with alcoholism.

Arnold compared alcoholism to an abusive relationship. “Whether it’s a substance or a person it just takes over,” she says.

Arnold explained what alcoholism does to persist. It creates a vicious cycle of feeling bad, drinking to feel good for a brief moment and then ultimately feeling bad again when the effects of drinking wear off, driving one to drink more. “If anything, you feel ashamed and want to punish yourself, and drinking is the first thing that comes to mind as a way to do that.”

“You become dependent on it, like with any substance,” Arnold explained. “After being sober for seven years, the people who helped me through it always congratulate me, like it’s something I survived, got past, something I beat. But really it’s not over, never over.”

“Admittedly I don’t know if it’s a personality trait of mine specifically, I’m no psychologist, but I’d be lying if I said the desire to drink was just gone. I still feel it, still need to consciously suppress that desire,” says Arnold. “I think it’s the same with most other addictions, other self destructive habits.”

Arnold explained that being trapped in the cycle of alcoholism made interactions with people very difficult. “I would always get defensive and angry with people when they tried to help me, cut myself off from everyone and I think that was the biggest mistake. Biggest mistake anyone suffering with alcoholism can do, because once you spend so long rejecting help, you start to forget how to ask for it.”

Arnold also said that alcoholism twisted her lifestyle, as she knew it, for a long time. “I found it really, really hard to concentrate on the things I enjoyed when booze wasn’t involved. I had lots of hobbies, lots of things I liked doing that propelled me forward, but during the worst stages of my addiction I just didn’t care as much,” she said.

“One night it just got way too bad, actually overdosed by accident. I started to get a headache so I took some painkillers, headache didn’t stop so drunk me thought it was a good idea to take more painkillers, and well, you get the idea. I think that was my major wake up call.” She explained that she’d never experienced any serious alcohol poisoning before that incident, describing it as the worst hangover ever.

Despite her struggles, Arnold was able to recover from the worst of her alcoholism with support from friends and family.

“People around me just made me confront myself, and I’m really grateful for that. Maybe not necessarily the gentlest but that’s for the best. Tough love, you know?”

Unfortunately, there are some who weren’t as supportive of Arnold’s decision to quit drinking. “Some of the people I used to party with would say I just wasn’t fun anymore. Luckily I’m just by nature a very stubborn person so I managed to stick with it, but I can imagine that would have screwed up most others’ plans of quitting. I was really trying to get my life together, was really serious about it.”

Arnold stated that without the persistence of everyone encouraging her to stay sober, she likely would have relapsed. “After depending on it for so long, it takes a long time to get back into a healthy mindset,” she said.

Ainsley shared advice to those struggling with alcoholism, “I would say it helps to try and replace drinking with a new obsession, namely a hobby. Sports, collecting something, exercise, anything that demands attention. Something else to fixate on and use to propel you forward in place of the toxic addiction.”

She finished on an encouraging note, saying to everyone hoping to overcome any kind of addiction: “You always owe it to yourself to make your life better.”