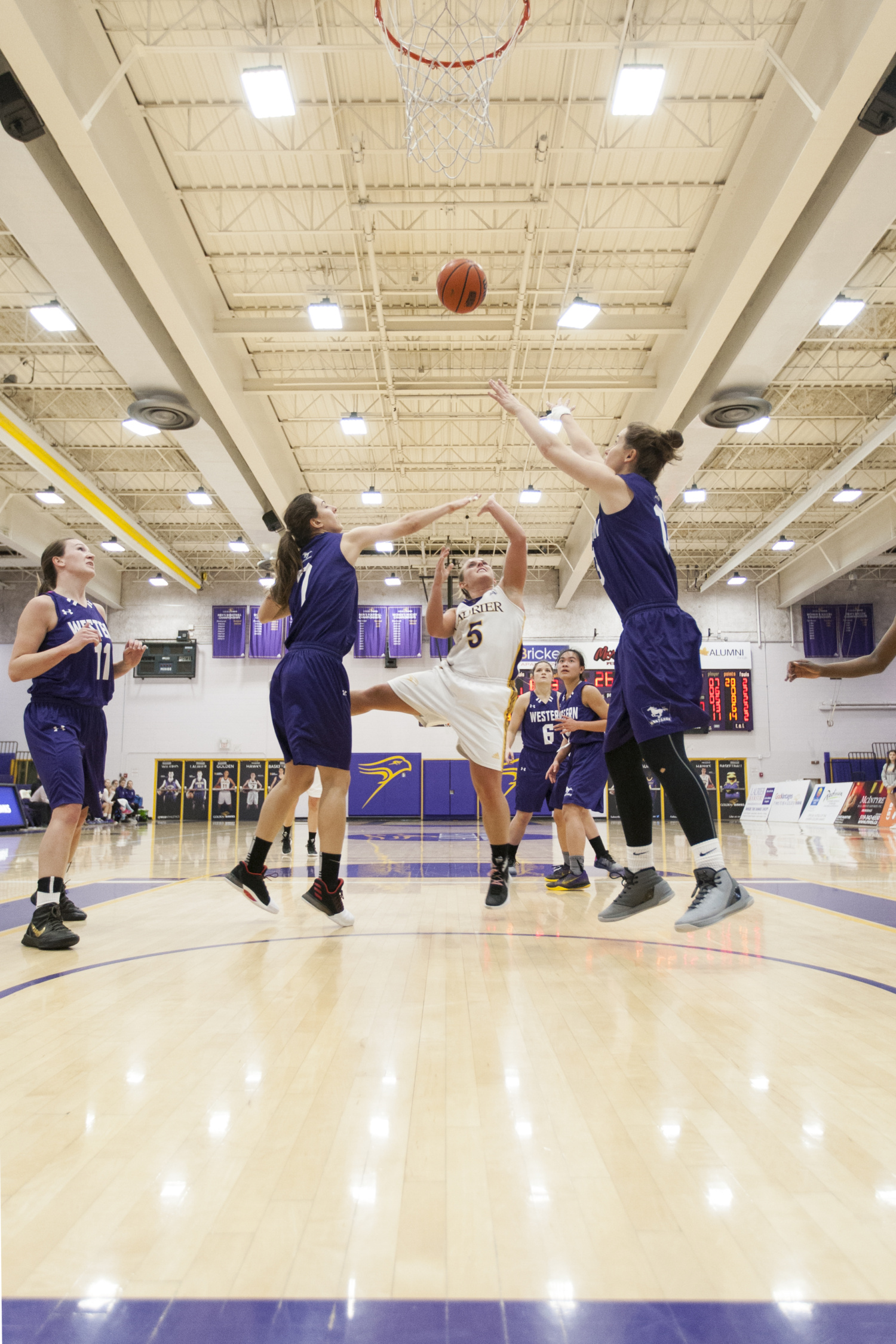 Laurier’s women’s basketball team has won five of their last seven heading into their final regular season game of the year.

Schenk is fifth in OUA scoring but is not the only star Laurier has on offence. Senior Nicole Morrison is seventh in the OUA scoring averaging 14.9 points per game. Morrison is more of a distributor in her point guard role leading the team in assist with 3.7 a game, which is also seventh in the OUA. When Schenck or Morrison are limited offensively the team struggles with a 1-6 record when either scores under 10.

With six players playing in their first season, and a seventh in her second, Laurier has played with a very inexperienced roster. Some of the young players have stepped up, most notably Freshman Rachel Woodburn. Woodburn has started 18 of 19 games, and is third on the team in playing time, averaging 23.7 minutes a game. Although Woodburn has struggled to score she has helped the team on the glass averaging 4.7 rebounds per game, good for second best on the team.

Another young player that can turn into a star for Laurier is sophomore Irena Rynkiewicz. Rynkiewicz has seen her minutes per game increase to 22.3 after averaging 12.9 last season. Rynkiewicz has proven to be a sharpshooter from deep, leading the OUA in three point  shooting by connecting on 41.8 per cent of her attempts, and is also the only player above 40 per cent. Rynkiewicz is also a force down low leading the team with 6.9 rebounds per game, tied for tenth in the conference.

Freshman Tayania Siwek-Smith has seen her role increased late in the season playing no fewer than 16 minutes in Laurier’s last seven games, including the first six starts of her career. The new line-up could prove to be successful when the playoffs begin.

Overall as a team Laurier has put together an offence that is fourth in the OUA in points per game with 69.1. The main reason can be traced to efficiency with the team only turning over the ball 14.7 times per game the second-best mark in the conference. The team has been accurate as a team from deep connecting on 30 per cent of their threes, fourth best in the OUA.

The main weakness for Laurier has been getting outrebounded. Laurier on average allows their opponents to collect 8.4 more rebounds per game which is the third worst mark in the OUA.

The strength of the Laurier defence is in creating turnovers as they force 19.6 per game which is the fourth best mark in the conference. This strategy can be costly against elite teams as they tend to be more responsible with the ball. This is where the shooting defence will be key with Laurier restricting opponents to 35.1 per cent shooting on all shots, fifth in the OUA, and 26.1 shooting on threes the sixth best mark in the OUA

Laurier will finish the season with a road trip to Thunder Bay to play Lakehead on Saturday Feb. 18.

Laurier is set to host an opening round matchup in the playoffs on Feb. 22, although the opponent could be one of many teams. The Golden Hawks could face any of: Western, York, Waterloo, Guelph. Laurentian or Toronto. The Golden Hawks are a combined 6-0 against those teams this season so a trip to the quarterfinals is expected.

Ultimately a trip to the quarterfinals is how the season will most likely end, bringing a close to the career of Schenck. A young roster should be improved for next season as Laurier attempts to reach their first national championship final eight since 2011.