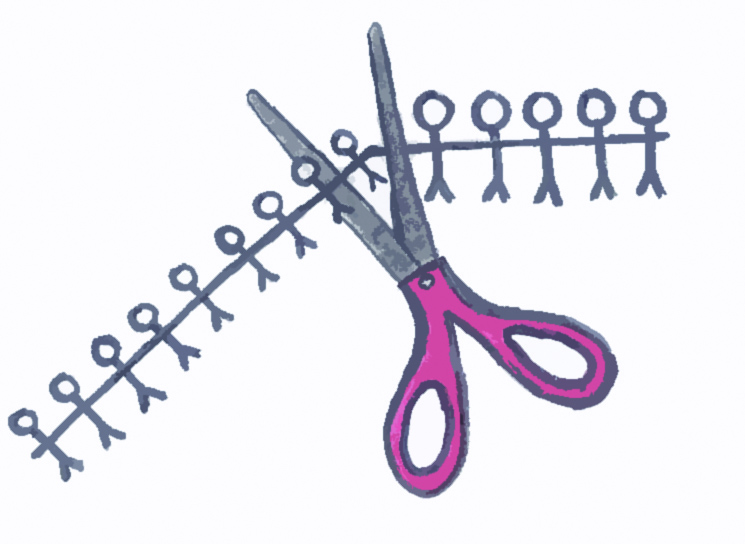 Wilfrid Laurier University has made the recent decision to let go of 22 positions between both campuses.

On Tuesday, March 10, Laurier students and faculty members received an email about the news of staffing cuts as well as the announcement that work hours are being reduced in five other positions. In addition, the email provided details about reducing faculty positions for the sake of a voluntary retirement program, alongside the reduction of teaching assignments that contract academic staff will be receiving. The 22 positions make up for about two per cent of Laurier’s support staff and management.

Max Blouw, Laurier President and Vice-Chancellor, expressed his sympathy in the email, and mentioned that the action was part of a process to reduce financial issues and a budget deficit. Pension costs, provincial age demographics and tuition limitations are some of the long-term issues Blouw mentioned.

Laurier would have to deal with a $25 million deficit in the coming year unless action is taken.

Blouw has described the staffing cut decisions as “distressing” and “challenging” but ensures that the university will continue to provide high-class post-secondary education.

“The reductions are unavoidable,” he said. “The decisions were very difficult, and have a real and regrettable impact on those who are directly affected. I know that, and I feel very unhappy that we’re in this circumstance, but they days of growth are now over.”

WLUFA points out that budget reports are not a comprehensive financial picture.

WLUFA’s Negotiation Newsletter of Feb. 4, 2015, states total revenue has increased $16,257,000 from 2013 to 2014. However, this number cannot be verified since Laurier’s 2014 financial statements have been removed from Laurier’s website, and are allegedly being changed, though there is no explanation on the website as to why the document hyperlink no longer works. The increases in revenue are higher than inflation—WLUFA simply does not understand how Blouw can claim revenues have decreased.

According to Human Resources Annual Report, management positions, which include deans, vice-presidents and the president, have increased 114 per cent from 2005 to 2013.

WLUFA’s official response to the position cuts states, “We have distributed hundreds of black square fabric swatches that faculty are wearing to mourn their lost colleagues; created 300 posters with images of offices without staff… and WLUFA is supporting faculty who have called a university-wide meeting of fulltime and contract members to consider further action.”

Laurier’s Milton campus, among other capital investments, is still forging ahead unaffected, and Blouw has confirmed this since the layoffs. Waterloo campus renovations and marketing campaigns are among other costs Laurier is maintaining despite cutting faculty. In Laurier Communications, Public Affairs and Marketing (CPAM)’s Q & A on Position Reductions, the reason for these investments is that “the Ontario Government is requiring each PSE institution to identify priorities and to differentiate itself from other PSE institutions.

CPAM goes on to state, “Demographics are changing and will require Laurier to be very focused on its value proposition for prospective students who will be looking for excellence and clear reasons to choose one school over another.”

With contrasting claims and an uncertain future, students and staff are left wondering about the decisions Laurier has made and will continue to make, in the wake of a change that affects so many.