Why hazing is for losers 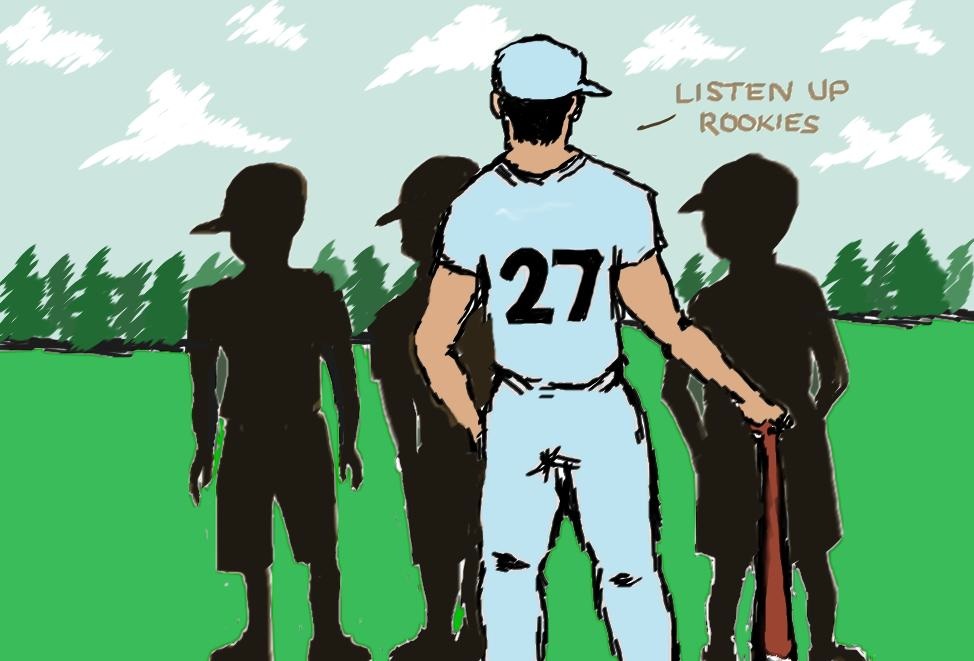 Most student athletes responsible for hazing would tell you they were just having fun, or that it wasn’t serious. Although this may be true in some cases, it certainly isn’t in all. That’s why it’s worth examining what falls under the umbrella of hazing, and what truly is just good, old-fashioned, team bonding.

Hazing is formally defined as forcing a new or potential recruit to perform strenuous, humiliating, or dangerous tasks. Broken down so bluntly, it sounds demeaning and somewhat barbaric, yet it’s a fairly common practice among competitive sports teams. Hazing is distinguished from good-natured initiation rituals by an element of humiliation, intentional damage to a person’s physical or psychological well-being, and the establishment of a power imbalance within a team.

Humiliation often comes into play at rookie parties – events held by the more experienced members of the team specifically for the purpose of initiating new players. Usually, these parties involve forcing rookies to consume excessive amounts of alcohol to lower their inhibitions, making them more susceptible to doing humiliating or demeaning things that they wouldn’t otherwise do. Sometimes excessive drunkenness is the extent of the humiliation, with pictures or videos being the only lasting effects. There are more extreme cases, such as in 2005, when McGill University’s football team stripped their rookies naked, gagged them, and poked them with a broom handle. Any members of the team, it appears, will not soon forget such significant humiliation.

University teams are not the only ones that participate in hazing. The Windsor Spitfires, an Ontario Hockey League team, forced four rookies to strip naked in the bathroom on a team bus, and turned the heat up – a ritual called a “sweat box”. These examples are not only humiliating but also include an element of cruelty that definitely crosses the line of good-natured fun.

The impacts of being hazed can be far-reaching and long lasting. University is a stressful experience for new students, and people join sports teams to feel like they belong. A negative team experience, where people are humiliated or made to feel inferior, can make the transition even more difficult, and sets the tone for insecurities in other areas. Another concern arises when hazing rituals go too far, even unintentionally: this can be extremely dangerous. In November 2010, the men’s volleyball team at a New Brunswick university held an initiation party involving excessive amounts of alcohol. One of the rookies, Andrew Bartlett, was found dead the next morning. He had fallen down the stairs at his apartment building after the party and hit his head. This is an extreme example, but it’s easy to see how such a tragic accident could happen as a result of hazing.

Players humiliated or demeaned by these rituals, often lose their confidence. Even after having earned their spot on the team, hazing can make them feel as though they don’t deserve it. Teams that don’t get along individually often don’t perform well as a cohesive whole. This can lead to frustration and resentment between teammates. With the rise of anti-bullying initiatives, most universities and sports organizations are taking a more strict approach to hazing. Where in the past, some institutions may have turned a blind eye, and let the team sort itself out, now there are serious consequences for any team caught participating in hazing of any kind, including suspension for up to an entire season. Administrators – coaches and general managers – of teams are also susceptible to punishment if they allow hazing on their team, motivating them to be more watchful.

Many teams have put together positive initiation experiences that are not degrading for the rookies, making them feel welcome, and forming positive memories for everyone involved. These teams often create lifelong friendships, and these experiences are the ones that universities are now trying to promote, and as a result of this, the extreme cases of hazing are becoming more rare. These are all steps in the right direction towards creating more community-minded players, and making organized sports something that students can enjoy and remember fondly.