Where do the Blue Jays go from here? 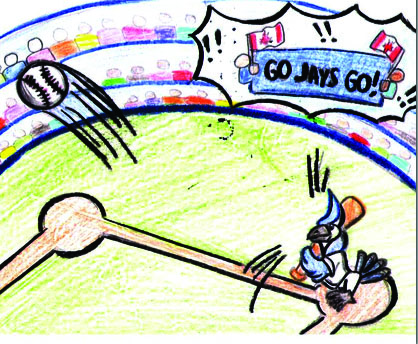 The Toronto Blue Jays season is over, and it has been for quite a while. Missing the playoffs and finishing with a record below .500 both for the second straight season, the Jays have put themselves in an awkward position.

In a season where teams like the Baltimore Orioles were, simply put, awful, and the powerhouse teams such as the Red Sox ran away with the American League, the Jays have put themselves in a situation where they are nowhere near bad enough to be one of the worst teams in the league, but they are nowhere near good enough to be in playoff contention. So that begs the question: what now?

The worst position for any sports team to be in is below average, where you are not able to compete for a playoff position and you’re not in contention for a top pick in the MLB draft. This is where the Jays find themselves: below average, with no big name talent on their roster.

Gone are the days of 2015 and 2016 where the Jays were competing for the World Series and were amongst one of the top teams in all of baseball. What was once the scariest lineup in baseball — power all over the lineup, players that could get on base, and a young but consistent starting rotation with potential — has been replaced with a lineup that struggles to hit and an inconsistent starting rotation that can’t stay healthy. With limited offense and a struggling pitching core, the Jays were all but forced to enter one of the worst things in all of sports: rebuild mode.

The Jays made many trades throughout the season, including J.A. Happ, Seunghwan Oh, Roberto Osuna, Aaron Loup, Steve Pearce, John Axford, Curtis Granderson and of course, former MVP Josh Donaldson. And while no big name players or top prospects were added in return for these players, the Jays were able to receive some players that would fill out all the missing holes in the roster, and some mid-level prospects that were added all throughout an already deep farm system.

In addition to the trades, the Jays created a favourable situation for themselves in terms of free agency. The Jays created an abundance of salary cap space for themselves in the next few years. Because of the inconsistency within the roster, the Jays can sign players to team-friendly contracts and potentially re-sign players for less than they could be worth. Luckily, much of the roster will be going up against arbitration, and because of the inconsistency, they may not get as much as they are potentially worth. And while they have contracts that are near impossible to move because of their size, particularly Troy Tulowitzki’s and Russell Martin’s, the length of these contracts is manageable, as they both expire within the next three seasons. Both Martin and Tulowitzki’s contracts can be eaten up and because of their age, it is all but safe to assume that they would both be moving on from the team when their contracts expire, which frees up positions for the best aspect of the entire Jays organization: the farm.

The Toronto Blue Jays have built one of the top farm systems in all of baseball, producing five players within the top 100 MLB prospects, two top 10 prospects and the number one prospect in all of baseball. Current number nine prospect Bo Bichette is a shortstop that has many tools both offensively and defensively. He is a contact hitter with a knack for stealing bases and a consistent fielder.

Bichette has put himself in a favourable position to take Tulowitzki’s job within a few years. The Josh Donaldson trade frees Toronto’s third base position for next season, and though it may be too early for Guerrero Jr., it is ultimately his job to lose. Vladimir Guerrero Jr., currently the top prospect in all of baseball, is an offensive monster, hitting home runs for fun, and his offensive potential is where his home runs land – out of the stadium. To go along with their top prospects, the Jays farm system is deep, with talent all over. They may not have as many top-tier prospects as a top farm system should have, but with the amount of potential and depth all throughout the organization, the Jays should have no issues filling out positions within the next few years.

A full-on rebuild is needed for the organization. And although it is much easier said than done, the Blue Jays have slowly put themselves in a position where they can easily accelerate the rebuild. Between the up-and-coming talent within the organization, the aging roster, and all the salary cap room they potentially could have, the Jays are in an admirable position and could be competing with the Yankees and Red Sox much sooner rather than later.