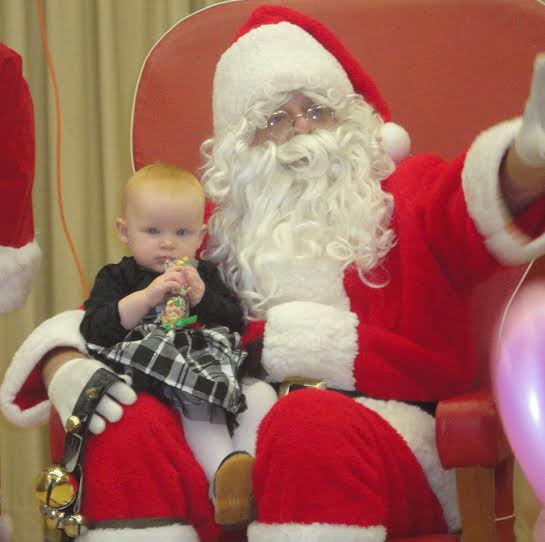 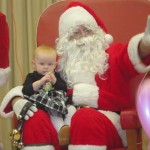 Santa Dale has been strapping on his fake beard for over ten years now. At the age of 55, Dale also works for Home Hardware Paint, and has been a member of the Burford District Optimist Club for 25 years. It was the Optimist Club that began Dale’s journey as Santa Claus during one of their events. Dale enjoyed seeing the smiles it put on the childrens’ faces so much that he began dressing up as Santa every year since. Dale donates a portion of his funding received as Santa to the Stedman Community Hospice each year. For a lot of events, Dale will even volunteer his time as Santa Claus. “You as students going out in life I would wish you would share some of you time as a volunteer, one way or another it comes back tenfold in the future.” 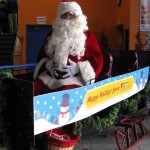 Santa Jason is a 43 year-old truck driver that has been dressing up as Santa for at least 10 years now. Jason originally began dressing up as Santa Claus for his family until one day, one of his own children caught on to the man beneath the fake beard and Mrs. Claus had put an end to Jason’s ho ho hos at family Christmas. Since Jason had the suit anyways, he thought he may as well put himself for hire and has been happily doing it ever since. Jason’s grand entrance as Santa Claus includes the song “Santa Claus is Coming to Town”, a Santa dance, and high fives and hugs all around. “I very much enjoyed doing it because I love kids and how excited the kids would be when they saw Santa (I am a big kid myself).” 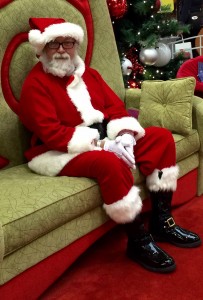 Santa Richard has been asked to dress up as Santa multiple times over the past four years because of his natural white beard. The Christmas season is very special to Richard and his wife, each December brings them a real Christmas tree and decorations on both the inside and outside of the house by mid-November. Richard is 62 years-old and enjoys gardening, hiking, cross-country skiing, walking his dog, writing engineering technical articles for his engineering consulting business, and cooking. While Richard’s better half is still working, he defines himself as “the house-husband.” One of the most unique gifts a child has asked Richard for was to bring home their family from Syria and grandmother from the Ukraine. “You do feel like the old gentleman himself. You get involved in the character and it is magical to see the kids’ reactions and thoughts.” 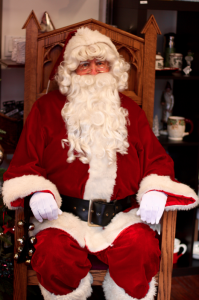 Santa Sigmar has been putting on the red suit for 25 years now, for the pure pleasure of nurturing young minds. At 66 years-old, Sigmar is a retired English teacher that still continues to supply teach here and there. The moment that began Sigmar’s desire to become Santa was when a hired Santa came to his daughter’s December birthday: a 6-foot 350 pound man could barely fit into his obviously cheap Santa suit, his black hair peeking from the sides of his beard and wig, and a strong odour of alcohol creeping through. Thus, Santa Sigmar was born to show children what a Santa should really be like. Sigmar always tells the children in order to receive their gifts they must do something kind for others. Once, a four year-old girl proudly replied that she watches over her little brother when mommy and daddy want to shower together. “So merry Christmas, good luck on your exams and a safe journey home for those retuning to family during the Christmas holidays.”