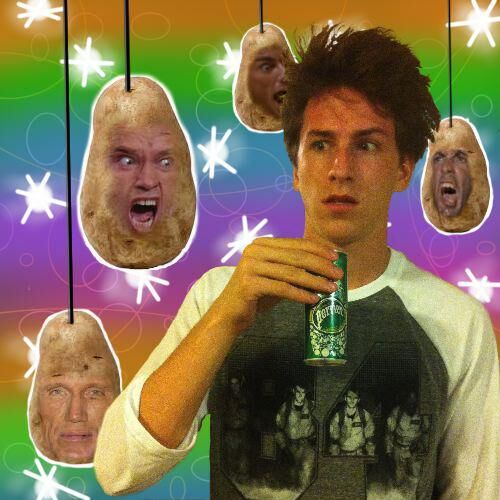 Now we’re not talking about the next Justin Bieber here. This is actual pop art: a cultural movement that took the 60s art world to a new realm of fun and exciting ways of expression.

But here we have a 20-year-old Laurier student in 2015 dipping his toes into this abstract expression, using the digital advantages we have in this day and age to piece it all together.

By the simple luck of wining a prepaid visa card from a scavenger hunt, Campbell found himself buying a Bamboo Graphics tablet, something he otherwise would have never bought. This tablet gave Campbell an outlet to show not only his creativity, but his humorous side, and then began a journey through the world of digital pop art.

“I’m like a pop culture kind of maniac I guess you could say, well I wouldn’t say maniac,” too late Campbell, that just happened. Campbell is a pop culture maniac. His art features many popular icons such as Scooby-Doo’s mystery machine, Kermit the Frog, and Campbell’s very favourite, Lego.

Campbell finds himself pondering ideas sometimes as complex as a hamburger, while jamming out to an upbeat artist such as The Barenaked Ladies. It is easy to imagine a brain inside Campbell’s head, with arms and legs running up his staircase of thoughts. At the very top the walking brain gets to a long chain hanging down from the roof of his skull, and thus, pulls down, turning on the lightbulb hovering above Campbell’s head. Once the idea is there, the creative juices flow with little planning prior to. Sometimes Campbell will find himself doodling out his ideas if he happens to be falling asleep on the city bus anyways, but otherwise, it’s to the drawing board for Campbell.

The common punny theme is portrayed throughout Campbell’s work. Food is an especially consistent idea seen throughout – food with arms and legs of course. “If I thought of something, and I’m like, ‘oh that’s a hoot’ and something about the food that I can draw, then I would do that,” explains Campbell.

The list of Campbell’s inspirations go on, but he does say that “pretty much all of [his art] is inspired by music.” Specifically, Campbell found himself entering a disco phase – always needing to hear songs that bring daydreams of large fluffy hair and tight bell-bottomed pants. Well, that may not have quite been Campbell’s reasoning: “I kind of had this time where I was just very against listening to negative songs. I didn’t like sad songs whatsoever, so I would just listen to the happiest crappy 80s songs I could find.”

An artist that caught Campbell’s attention before he began his venture with pop art was Michael Godard and his olive paintings, all of which have arms and legs. “They kind of have the quirkiness that is kind of seen in my pieces,” explains Campbell.

Campbell’s art is created through a mixture of sketches, photos, or paintings, and digital programs such as CorelDraw, Illustrator, SketchBook Express and Photoshop. On top of Campbell’s still work, he uses Premiere to put together humorous short stories, but also videos similar to his pop art, showcasing a 80s’ disco-type of feel to them.

Film was a hobby taken on before Campbell was even out of diapers, and thus began his introduction to pop culture. “We had two things we would do. We would either watch movies that my mom necessarily wouldn’t want us to watch … And then we would make our own home movies as well,” says Campbell about spending time with his father and two brothers.  Austin Powers was one of many movies toddler-Campbell watched and recreated with his family,  “shagadelic baby, yeah!”

Campbell has created a brand for himself called “Riles for Smiles,” and it is exactly that, smiling, that you will find yourself doing when you look through his portfolio.