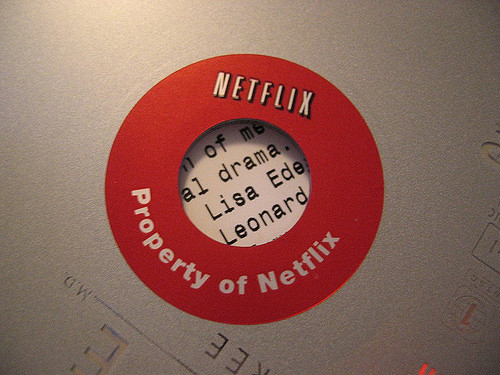 If you think about it, every great coming of age story centers around a high schooler going through this typical hero’s journey in one way or another. There’s an obstacle or challenge that they must defeat, and once they do, they are a changed man or woman on the other side. I would like to argue that you never really stop “coming of age”. Although the media likes to portray it as a fixed moment allotted for your early teenage years, that’s just not the case.

In the midst of all that learning, studying, and freaking out about assignments and midterms, take a moment to relax and indulge in some mindless Netflix. I recommend you check out some of these coming of age titles.

Our heroine, Dani Barnes (Cooper) has dreams of getting into UC Davis’ top veterinary school, but an old frenemy draws her into high-profile social scene that begins to threaten all she’s worked for. Okay, hear me out on this one: this movie is not going to win any awards any time soon. It gets a little preachy about the drawbacks of living your life completely consumed by social media. I mean the movie’s villainess Alexa Medina (Sanz) is doing the ABSOLUTE MOST just to get some damn views on her YouTube channel. But I think where this movie does get it right is in its portrayal of getting lost along the way on this journey called life. It happens, you’re going to lose your way and get distracted, and it may take you more than 90 minutes to solve your plot issues, but you’ll get to your destination.

Two dueling high school debate champs, Bennett (Latimore) and Lona (Gayle) are at odds on just about everything, but must work together on ambitious plans of getting into the college of their dreams. What I like about this movie is that it doesn’t coddle our main characters. They have to deal with tragedy very early on in the movie and they have to learn how to work through that — and they do. They work hard and they try their best — although they have to remind themselves to have fun along the way — but at the end of the day they still don’t get exactly what they work for. And you know what? That’s life. Sometimes you’ll work so hard and be the best at something and it still won’t work out in your favour. It’ll happen to you in university, and it’ll happen to you in life. Honestly, it sucks and it’s so unfair, but I think it teaches us to adapt and be willing to accept other opportunities that we may not have thought were the right fit for.

(Very) loosely based on the story of Nasty Gal founder Sophia Amoruso (Robertson). Sophia discovers a passion for fashion in an unlikely turn of events, and in the process starts her own business. As her business grows, she has to cope with family and friends and her love life, all while managing being her own boss. This is my favourite pick out of the three selections, because although this title is not necessarily your typical coming of age story, I think it helps get my point across that we do not stop coming of age. Sophia is in her mid-20’s and she still doesn’t have it completely together yet. She doesn’t start her company until way after high school/university/college age and I think that goes to show that we’re all going to make moves at our own pace. Don’t compare your university pace to somebody else’s, because it will all come together for you eventually.