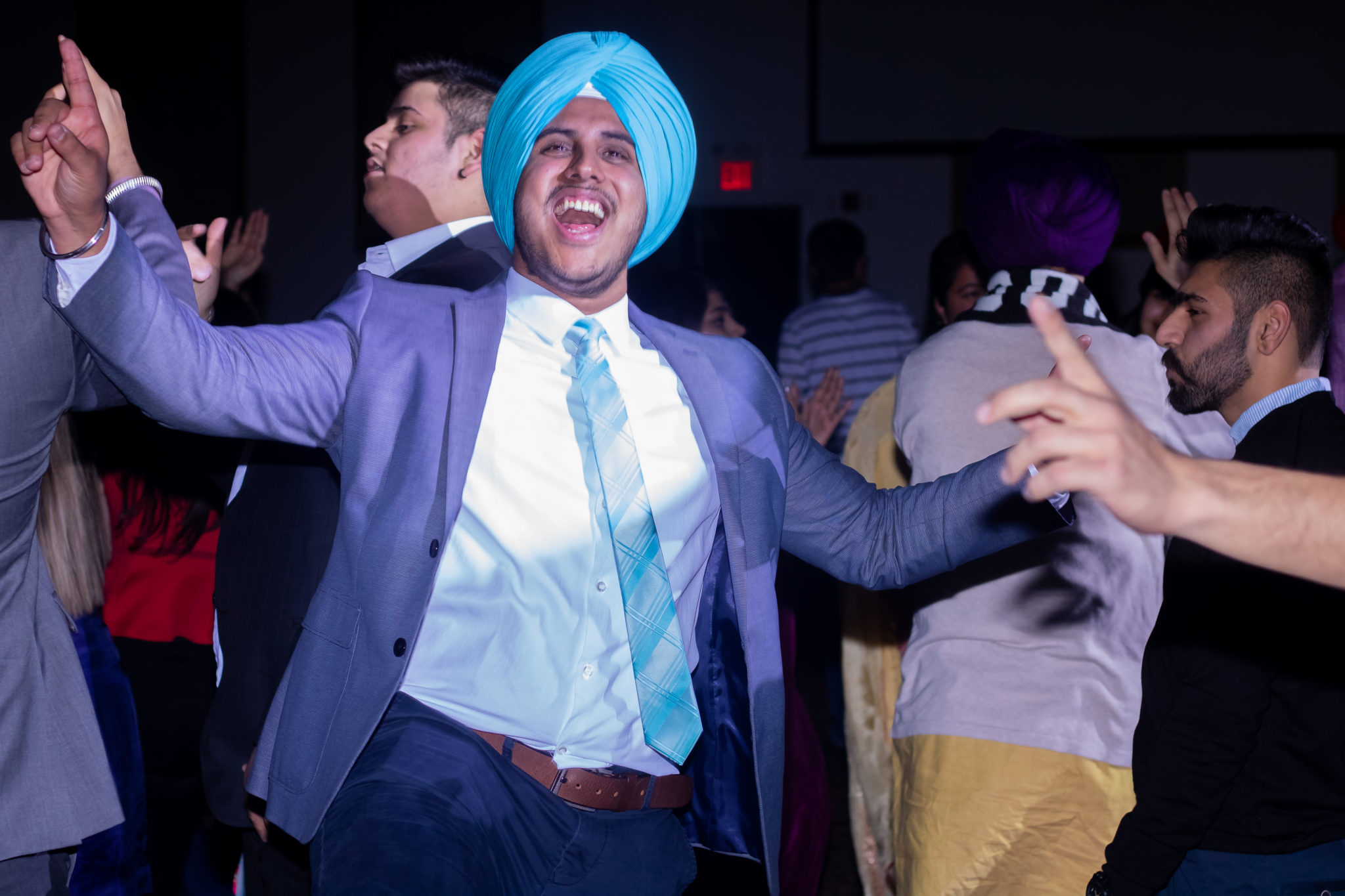 On Wednesday, March 6, students came decked out in their best for the first Vaisakhi event to celebrate the New Year in the Sikh religion.

Students from both Laurier and Conestoga stepped into the convention centre to celebrate the traditional holiday at an event put on by Laurier students.

“Vaisakhi is celebrated throughout the state and it’s looked at how we would look at Thanksgiving here. It’s harvest time, harvesting of the crops,” said Abjheet Bawa, one of the co-ordinators for the event.

Vaisakhi commemorates major events in the history of Sikhism that occurred in the Punjab region. The festival marks the birth of a Sikh order started after the persecution and execution of Guru Tegh Bahadur for refusing to convert to Islam.

“Vaisakhi is like a community holiday rather than a personal or family holiday; we look at it as the whole community gets together and gets to celebrate together,” said Bawa.

Bawa’s partner in planning the event, Deepak Saine, agreed that Vaisakhi is a huge community celebration that has a big party vibe that they wanted to bring to Laurier.

The night was filled with dancing and performances from singers and dancers for students to enjoy. Conestoga students Gragan Dadra and Komalpreet Kaur said that they were both there to enjoy an evening of dancing with friends, similar to what they would do back home.

“We are trying to bring that multiculturalism into Laurier, so we want everyone to experience what we experience, how we celebrate it and why we celebrate it,” said Gurleen Lall, president of the Laurier Punjabi Association (LPA).

Inderpreet Lall, another student at the event, said that Vaisakhi is a way to commemorate the injustices that happened in the past. “It’s about being able to express that Sikh is an actual culture and religion; that we can freely celebrate as opposed how things were for our ancestors.”

“It was the day our religion first began, it was the day the first Sikh got baptized, so it’s really important to us,” Anahit Singh, a student and attendee.

Many of the organizers for the Vaisakhi celebration acknowledged that this event was put on in part to reach out to the increasing number of international students from South Asia at both Conestoga and Laurier Brantford.

Lall said that the event was partially held as an initiative to welcome international students from South Asia and make them feel like they had a community at Laurier Brantford.

“I know that with nights like this it’s just a matter of experiencing that community,” said Inderpreet Lall.

“I find it a great way for people to know that there are already communities set in Brantford of so many people that are just like them, and it is a way to meet new people and understand that there are people out there that have the same values as you to be able to make new friends on campus, it’s a way to build a community,” she said.

When it came to organization, there was quick turnaround between the idea of planning the event and the actual work it took to put it together. Co-ordinators Bawa and Saine came up with the idea in January and managed to pull off the planning in just two months.

“We reached out to as many departments at Laurier and Conestoga that we could to get all of their inputs in and their sponsors to make this event what it’s going to be tonight,” said Bawa before the start of the night.

Bawa and Saine described the event as not belonging to one specific group or department on campus, but rather a community initiative to pool together money and resources to pull the event off.

Lall said that Vaisakhi was one of two major events that they wanted to assist in hosting for the year – the other being Diwali – which was a huge success.

“What I did was help them out in getting all the supplies that they needed and I let them take the reins on it. I knew that they knew what they were doing and I was going to support them no matter what,” said Lall.

Saine and Bawa both hope that after the success of the first Vaisakhi event at Laurier it will be an event that continues on the campus for years to come.