Through The Time Capsule, A Story of a Canadian Soldier 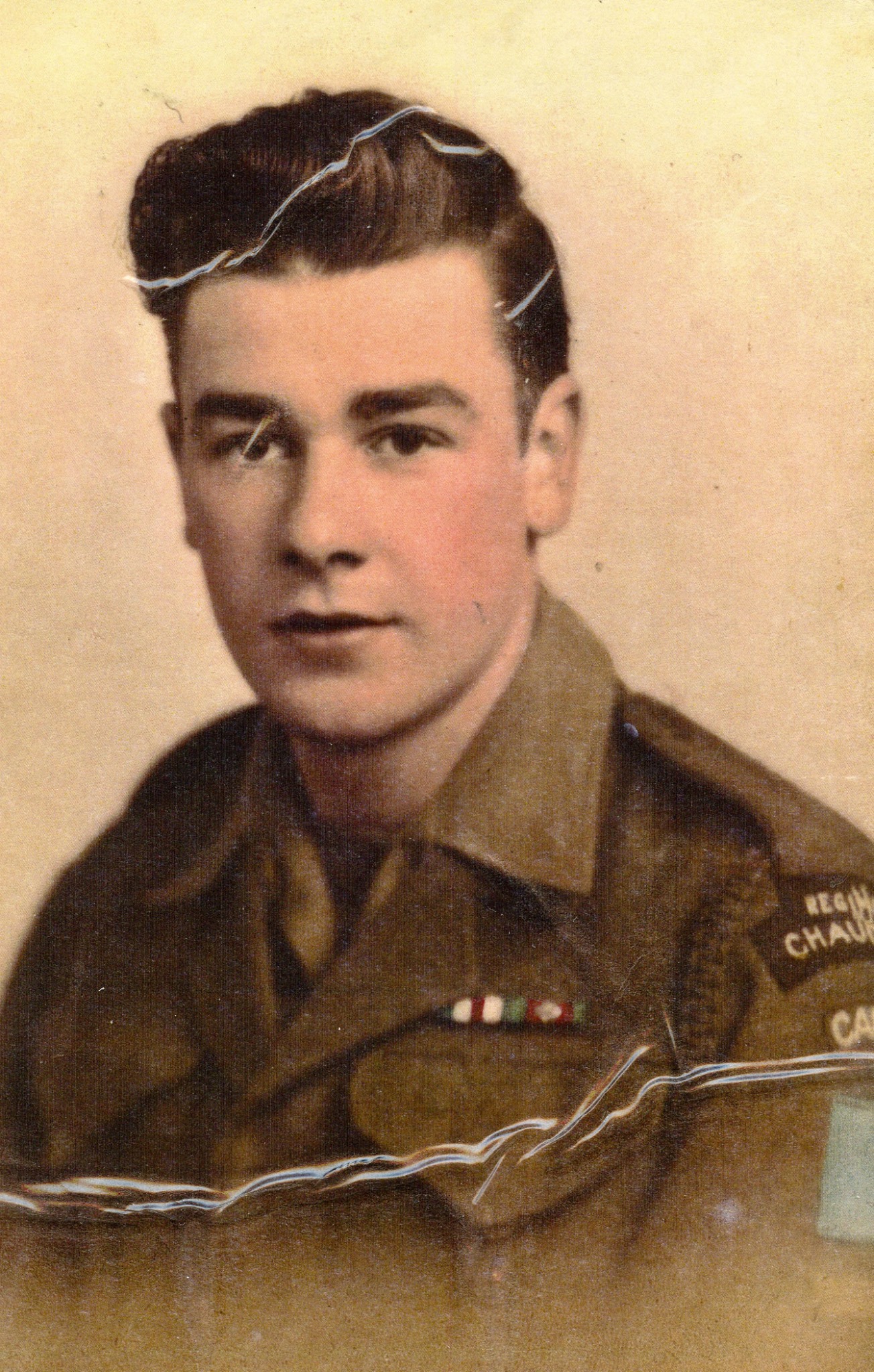 Sept. 1, 1939 is attributed to being the beginning of World War II. Germany invaded Poland and the rest as we know it is history. There are many brave soldiers that helped shaped that outcome for the better. One of them being, Maurice Bilodeau.

Bilodeau is the great-grandfather to Danielle Crites, a history major here at Laurier Brantford. Seeing as to where her family history lies it only makes sense that she would choose to study history.

When the war broke out Bilodeau was the youngest to serve in his regiment; the Regiment de Maisonneuve, as he lied about his age during the draft.

“He was a man who was always passionate about telling his stories from the war” Crites said. And Bilodeau had many, in one particular battle Bilodeau and his regiment were walking across a field when gunfire erupted. Bilodeau had lost track of his regiment and he and a friend tried to hide in a hole they had dug themselves. Bilodeau had dug his fingers practically down to the bone in the process. The Ca- nadians won the battle that day but not without the sacrifice of many soldiers who had lost their lives, including Bilodeau’s friend.

Along with the many brave soldiers that helped shaped that time for the better there were ordinary people making positive differences to help change the world in small ways. One German family in particular offered their basement as refuge to Bilodeau one night. Once inside, Bilodeau dropped his gun on the couch where it went off, emptying its canister and destroying the German family’s couch. A small sacrifice to make for freedom I guess.

Crites and the family would always gather together during the holidays where Bilodeau would regale them of stories like these.

As Bilodeau grew older he remained a happy man – as remembered by his family – he spent his time volunteering at the Perley Rideau Veterans Centre and Retirement Home in Ottawa and still had a fondness for model trains.

Nearing the end of his life Bilodeau was later admitted into that same retirement home which he volunteered at where he passed away at the age of 90.

“Through my great grandfather, I learned more about the individual soldier’s view of war instead of the one taught in schools that revolve around politics and big battles” Crites said “He taught me that as long as I was kind, people will be thankful and remember you”.