Is the UK doomed without the help of the EU? 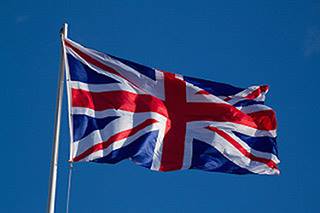 The United Kingdom has been preparing itself for yet another referendum. The only difference is this time the poll results will determine a lot more than just one country’s fate. There have been several predictions made about the UK’s future whether it decides leave or remain with the EU. The truth is that we will all have to see what will happen to Britain for ourselves.

Not too long ago we were talking about a referendum involving Scottish independence in 2014. This was an important time for Britons especially for those of Scottish descent. Scot- land thought it would be better off being separated from the United Kingdom. Of course, the poll results showed that the decision was opposed by the majority of the UK. Fast-forward to 2016 and we are faced with the decision of the whole UK leaving the EU.

For those of you that have absolutely no idea what I’m writing about I’ll give you a quick explanation. The United Kingdom is made up of four countries: England, Scotland, Northern Ireland and Wales. The EU is a partnership that coordinates twenty-eight countries including the ones that make up the UK. You might be thinking ‘why is this such a big deal anyway?’ First of all, there hasn’t been any country that has left the EU before, according to the Telegraph. There have been a lot of predictions made about Great Britain’s future but we really don’t know what could happen. However, there are more cons then there are pros. There are three million jobs in the UK that have ties with the EU, according to the Telegraph. All of these jobs could disappear if the UK decides to leave the EU. Can you imagine three million jobs disappearing just like that? Anything like that happening in Toronto would be catastrophic.

Second, immigration, free trade agreements and keeping the British Pound are issues that leaving the EU would affect. According to BBC News, British Prime Minister, David Cameron has voiced his opposing views of having the Euro as part of the British currency. In addition, immigrants will have a hard time coming into the UK if the UK leaves the EU. Several British citizens of various ethnicities have expressed their grief with leaving the EU. They believe other immigrants deserve the same opportunities they were given.

Third, businesses will be affected. According to BBC News, prominent business executives in the UK such as BT chairman, Sir Mike and Marks & Spencer Chairman Lord Rose are in favour of the UK staying with the EU. Agreements between British businesses and the EU will have to be renegotiated and will undoubtedly have an effect on British jobs. British citizens could be in for it because there is no telling what the job market will look like without the EU’s help.

So there you have it. As you can see, the United Kingdom is in a bit of a situation right now. I’m quite anxious to see what happens to my homeland, and even more anxious to see how this will directly affect Britons. Let’s hope that we can still call Britain Great after all of this.