Through the Time Capsule: The Man in the Middle of Victoria Park 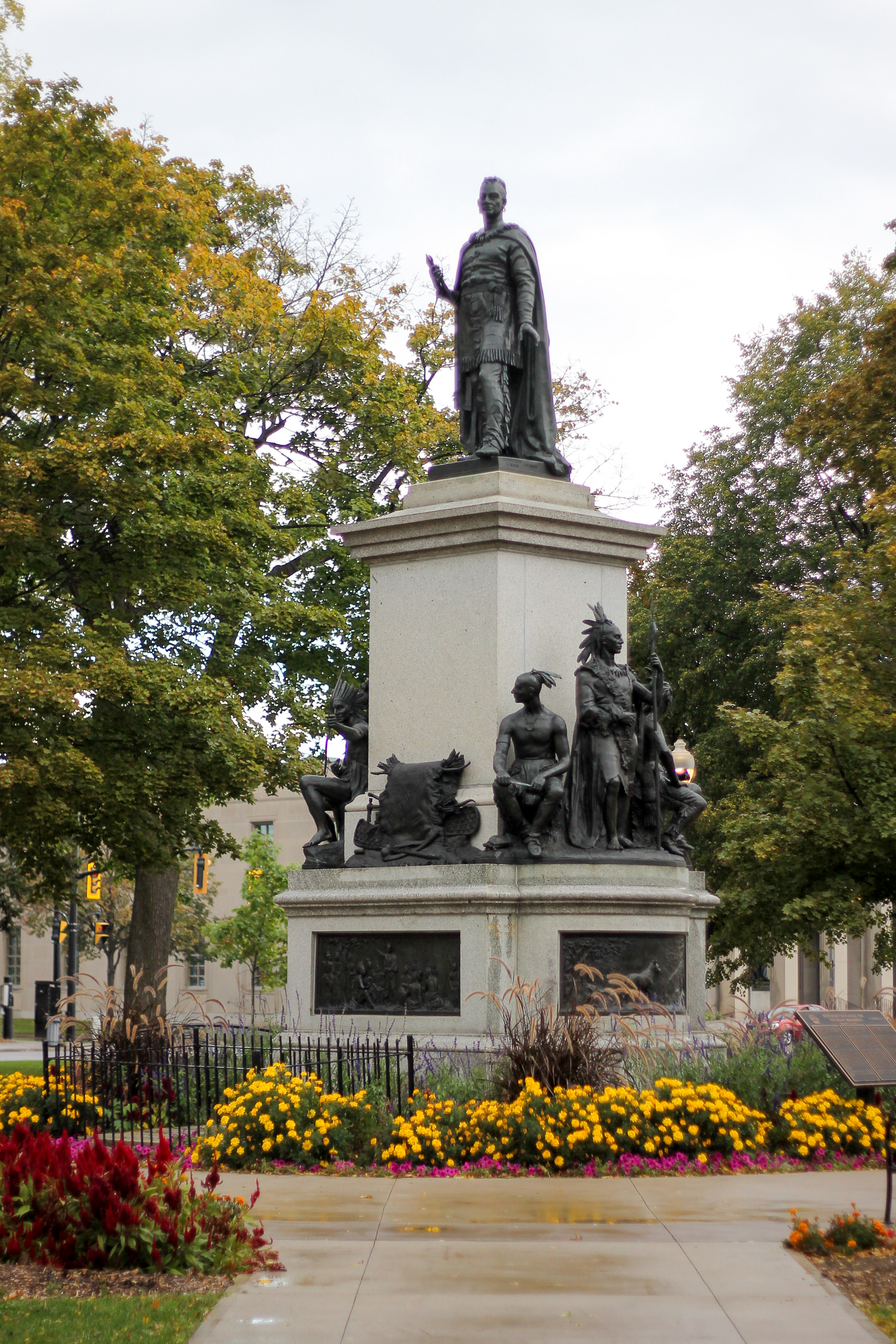 Joseph “Thayendangea” Brant is the name of the man whose form is erected in stone in Victoria Park.

Born in March of 1743 by the Cuyahoga River in what is now present day New York, Brant grew to be many things in his lifetime. He was a Mohawk militant, a political leader, and a converted Christian. But even with this information I couldn’t really tell you who Brant was. There are stories in favour of Brant and other stories that are against him.

At the time of his life, the place where Brant was based is considered the original homeland of the Haudesaunee people. “The Mohawks were keepers of the East because they were the most Eastern nation,” said Whitlow. The Mohawk and four other nations were considered the five nations until they adopted the Tuscarora making it Six Nations that we know today. “They would adopt any nation as long as they believed in the Great Peace, regardless of their nationality,” Whitlow said. At the time, neither Canada or the United States existed, settlers were just arriving in regions and claiming land.

Brant was raised with more British influence than the rest of his Mohawk peers. Brant favoured Sir William Johnson, an official of the British empire and deemed the British agent to the indigenous peoples of that region, “He was basically like the Donald Trump of today, he owned a monopoly of land,” Whitlow said. British ideology of ownership did not align with the beliefs of the Haudesaunee which is: no one owns land, rather all live off the land.

When the American Revolution broke out, the Haudesaunee people agreed to remain neutral but because of Brant’s alliance with Johnson and the British, he convinced the Mohawk peoples and many others to fight in a war that, “wasn’t our fight,” as Whitlow described it. “That’s how us as Haudesaunee people ended up losing our land.” The objective was for them to maintain their sovereignty and their homes, but It was a battle they ended up losing.

Brant made an agreement with Sir. Fredrick Haldimand to come to the Haldimand tract which is where Laurier Brantford is located today. The arrangement was for the Haudesaunee people to acquire six miles on either side of the Grand River as their new home.

“This is where a lot of people thought he was a traitor to his people,” said Whitlow. “He played the game.”

Brant began leasing land to non-indigenous people so that Six Nations would also earn an income. “This area was also chosen because we are surrounded by three great lakes, how ironic is that? The largest population in Canada today and they can’t even drink water from the tap,” Whitlow said. After the American Revolution the Mohawk along with their British alliances moved to the region that is now known as Brantford.

Brantford was named after Brant but he never really spent time in these parts. He advocated for the Mohawk chapel, the oldest structure in Ontario, to be built, but otherwise he was mostly at his other home in Burlington. The home he had built here in Brantford was said to be quite magnificent, but it could never be found.