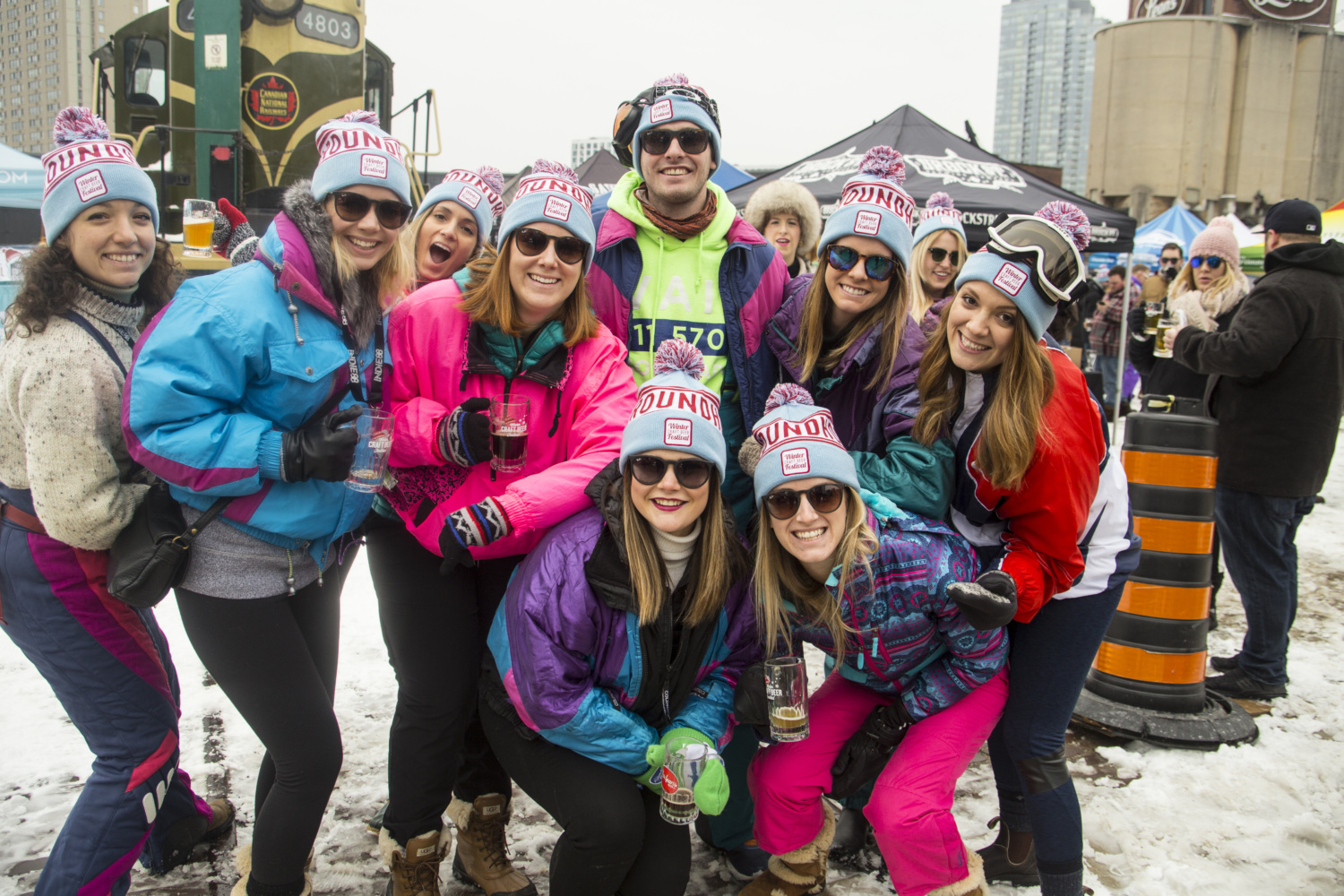 With 43 brewers, an 80s ski theme, and free roasted marshmallows, hordes of beer lovers took the Roundhouse Park by storm on Saturday, Feb. 11.

The winter cold failed to keep droves of craft brew enthusiasts from attending the annual Winter Craft Beer Festival that Steam Whistle Brewing hosts in their backyard. Lines at the gates wrapped around the block, and were filled with people who had bought tickets well in advance alongside those who managed to snag one the 100 tickets being sold at the door. With brewers coming in from all around Ontario and seven hailing from Alberta to keep their thirsts quenched, the park was jam packed with guests.

“I like that it’s outside, one, and it’s in the wintertime which is really awesome,” said Robert Walsh, the brewmaster from Brewsters in Alberta. “People are just enjoying the beer, they want to try a whole bunch of different things.”

For those who are not quite as into beer as most of those attending the festival were, The Roundhouse had them covered. Three local Ontario ciders brewers, Pommies, Thornbury Village and Ironwood, made the trek out to Toronto along with enough food trucks to leave guests debating what they wanted for lunch. For those who had already had a couple of beers, the debate lasted a bit longer. While the most notable people to have made the journey out to the festival were Alberta brewers like Walsh, some guests were more than happy to make quite the drive out as well.

“My girlfriend’s sister’s boyfriend lives up here so they came up last year,” said Tim Giagios, clad in retro ski attire. “We were talking about it, and it was an ‘80s themed ski party, so we decided to come on up and have a good time out of the weekend.”

Giagios came to Toronto from Rochester, New York, which is roughly a three hour drive. With a few drinks in his system and asked if he was enjoying the event, he stated, “It’s a fuckin’ blast.”

If this article has left anyone wishing they had attended the festival, it will likely be held again this time next year. If that is too long of a wait, however, the event is held in the summer as well from Aug. 11 to 12.