The power of the people 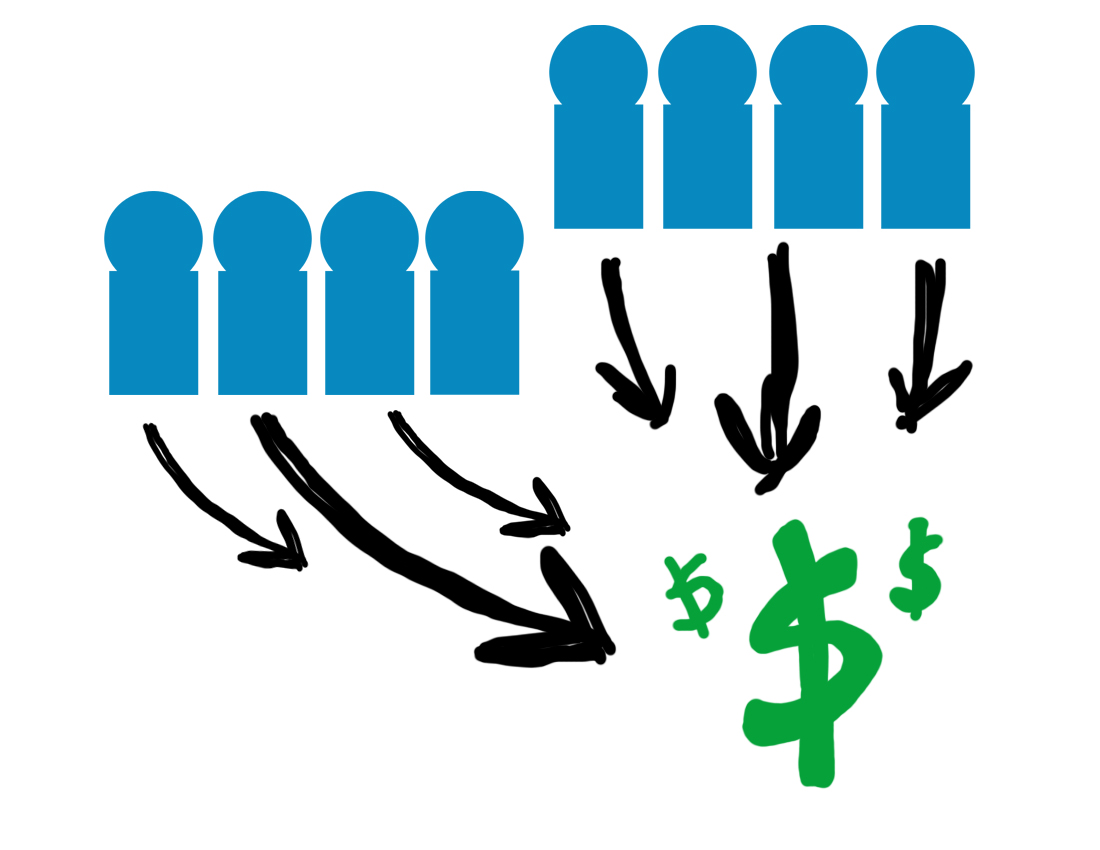 Crowdsourcing can take on just about any size or shape possible to the imagination.

From paying for a surgical procedure to finding the best gas prices in town, people can turn to the masses to help achieve their goal. Even a resource many people use every day is entirely crowdsourced: Wikipedia.

These examples may be completely rational, but that is not the case for all cases of crowdsourcing. This past summer, a user named Zack Danger Brown, asked for ten dollars to make a potato salad on crowdfunding site Kickstarter. After one week, he raised $50,000.

Appealing to the masses can be effective and efficient.

Yvan Rodrigues, 40, uses crowdsourcing regularly in his work as a technology consultant.

“As a software developer, I am always finding ways to use computers to automate tasks or solve problems; yet there are so many tasks that can be accomplished more quickly and accurately by humans,” Rodrigues said.

For instance, Rodrigues employed three of four people to accurately categorize thousands of countertop designs and colours. This made the seemingly massive task manageable and affordable.

Also, Rodrigues mentions another crowdsourced project that most people have participated in without even being aware of it. The security software that requires human users to type misshapen letters and numbers, reCAPTCHA, also often asks the user to type out one clearer word. Typing this word digitalizes publications such as New York Times. Rodrigues cites this free archiving method as a powerful instance of crowdsourcing.

Specializing in crime and media, Schneider analyzed 12,587 Facebook postings over the two weeks after the 2011 Vancouver Riot, one of the most documented riots in human history.

Hordes of people posted photos in the hopes of helping the police identify the rioters. People turned over 30 terabytes of digital information to police afterwards, including videos and pictures.

“An image on the internet, on Facebook, might appear as though the person is guilty as hell but resituated into context, maybe what they were doing was totally normal and legit,” Schneider said. For example, someone running away from a car on fire, due to the danger, may appear as the culprit of the crime.

“People are being found ‘guilty’ on the internet, even before the police have done anything at all.”

Crowd-sourced policing, when civilians choose to take on the job of trained police officers themselves, can have serious negative effects.

Innocent bystanders were seen as guilty, youths’ identities were made public which violates the Youth Criminal Justice Act, and rioters who did commit crimes were punished more severely.

One woman who was charged and sentenced for theft during the riot dropped out of university and was fired from three jobs.

“In some ways, the debt that she will pay is life-lasting,” Schneider said.

Even after doing her time, this woman’s name and face are still all over the internet due to the online crowd-sourced policing.

Whether crowdsourcing is used in a positive or negative way, there is no denying the vast power of the people.