The Oriental: Old-school and proud of it 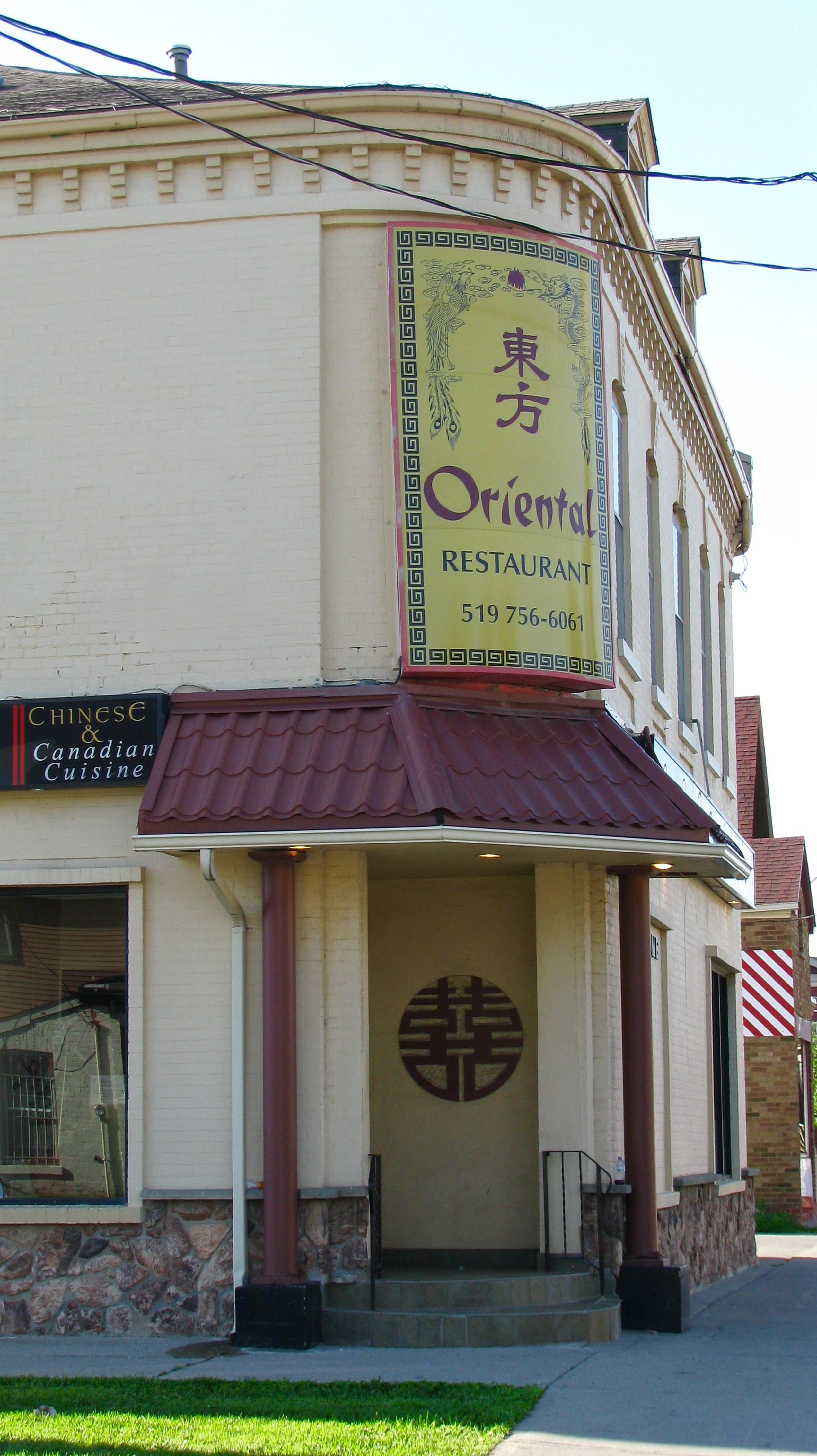 The early 1990s were a rough time for businesses in downtown Brantford. The donut effect had reared its ugly head, drawing out long time businesses to new plazas built on the outskirts of the city. This happened to cities all over Canada, but Brantford was hit especially hard. Factories boarded up their doors, and headed for warmer destinations in the United States and Mexico – the recession of the time continuing its destruction.

In the middle of this was a tiny Chinese restaurant. The owners of The Oriental had enjoyed 30 years of serving the community, entrenched in their familiar spot at 164 Market Street. But now the times were changing, and the future was uncertain.

“Oh, geez,” manager, Warren Mark remembers saying, “it’s pretty desolate.” Warren was unsure of the steps to take; the downtown was all he knew. But the real risk was moving. Sure, the downtown was not the same, but Warren thought that the reputation and relationships they formed were strong enough to keep the restaurant going, and that the gamble to stay put was one worth taking.

The Oriental has been around since 1961. Originally located at 104 Market St., Warren’s father Peter owned The Oriental with three other partners. Upon the expiration of that least, the other partners moved on, and Peter and his wife Margarett took sole ownership, moving the restaurant to it’s current location. They still own it and work there today, but their sons Warren and Wayne assume most of the day-to-day managerial duties. After all this time, running their restaurant for three generations, the Marks’ have never diverged from their restaurant’s identity: a simple, reliable place to eat some good Chinese food.

Everything in the restaurant is made from scratch, whether it be gravy, sweet and sour sauce or wontons. Spring rolls are the only exception. “It always has been that way, we’re old-school,” says Warren. It becomes apparent that this statement could be a motto for The Oriental.

Inside the walls lies an old Brantford. The 53 year-old restaurant is the last of its kind in the downtown area. You will not find a buffet here, nor any old, tattered booths. Instead, you will find a surprisingly large space, divided in two by a load-bearing wall. The tables are a mix of round and square, small and large. The ancient dark, maroon carpet is the only other shade evident before yellow invades your senses, and takes over your thoughts.

Yellow table-cloths are everywhere. Yellow pillars hold up pale sponge-painted mustard-coloured walls. A golden chandelier hangs in the middle of the far room. This yellow – think custard or Dijon – think old – sets the tone of The Oriental. Not flashy, nor bright or loud enough to be tacky, it just surrounds, providing its loyal customers a mellow atmosphere to relax in.

There are few people dining at The Oriental on this evening. The chatter is barely audible, allowing the songs of the early-2000s playing on the radio to be heard clearly. It is only as you near the end of your meal that you realize that Chinese restaurants don’t look like this anymore. In fact, few restaurants seem as comfortable showing their age as The Oriental.

When the Marks’ moved to Brantford in 1961, downtown was lively – the centre of Brantford. On a Saturday, the streets would be packed, couples visited the markets on their days off and parents took their children to The Oriental and other small, independent restaurants for dinner. It was known as “The House of the Dragon” at that time, because of the two large paper Mache dragons that bordered the entrance way, complete with red light bulbs for eyes.

When Warren was not at school, he and his brother Wayne would be at The Oriental. Since the restaurant is only closed Christmas Day, the Marks’ never had a lot of room for family time outside of the restaurant, but that was OK.

“That’s just what we did. We worked and spent time there, and made the most of it,” Warren says.

Brantford was not very multi-cultural at that time, and the Chinese were a very visible minority. Warren did get bugged as the only Chinese kid at school, but no more than the Hungarian or Polish kids did. Prank phone calls to The Oriental, with the caller asking for Mr. Wong and apologizing for “winging the wong number,” were reoccurring, as were other Chinese related jokes.

One joke in particular has always stood out to Warren. People used to make lots of Chinese jokes involving cats, and one night in particular somebody thought it would be a great idea to throw a cat into the restaurant when the door opened. Warren and the staff scrambled after it, trying to grab the cat before it wreaked havoc on the restaurant.

“It was hilarious,” says Warren, “but of course, I didn’t think that at the time.”

Fast forward to the early 80’s, and The Oriental was busy all the time. Dinner rushes were two fold, at 5, and at midnight, as people came for some late night Chinese food after a rowdy night of drinking at the bar. The restaurant was open until three a.m., and the behaviour at these times was fitting – fights would break out, entertaining onlookers and causing staff headaches.

But all things end, or so they say. In came the 90’s, and out went the busy downtown. One by one, shops closed down, and the Marks’ were not sure what to do. They scraped by for a while, and, perhaps at the right moment, in stepped Laurier Brantford.

On a Thursday afternoon, the streets are busy with students hurrying to school, and a youthful joy floats through the air. Young families, of many different cultures, go out to restaurants like The Oriental on Saturdays. It is not quite as busy as the 80’s, but Warren is pleased with how far Brantford has come. As much as anybody, he and his staff are reaping the benefits of this new atmosphere.

As Brantford continues to change, it is safe to say The Oriental will not.

“I love working there, just the family feeling. Everyone is so friendly and I am happy when I am working,” says Jayme Petryschuk, a Laurier student who has worked at The Oriental for a year. It is this same atmosphere and feeling that has attracted customers for over 50 years.

Not too long ago, as a customer was leaving the restaurant, something was said to Warren that struck a chord with him: “You know, when I was a little boy, I remember my father taking me here, and as I grew up I remember taking my girlfriend here, and then I remember getting married and taking my wife here. Now I’m taking my children here.”

Warren pauses as he tells this story, and glances away as a slight smile comes over his face. “And I never really thought about it, the three generation thing.” He says, “there’s been some good memories here.”

Warren does not know what the future will look like for The Oriental, but says that neither he nor his family are ready to give it up any time soon. “We’re here for the ride.”

1 thought on “The Oriental: Old-school and proud of it”