The Middle East from the eyes of third culture kids 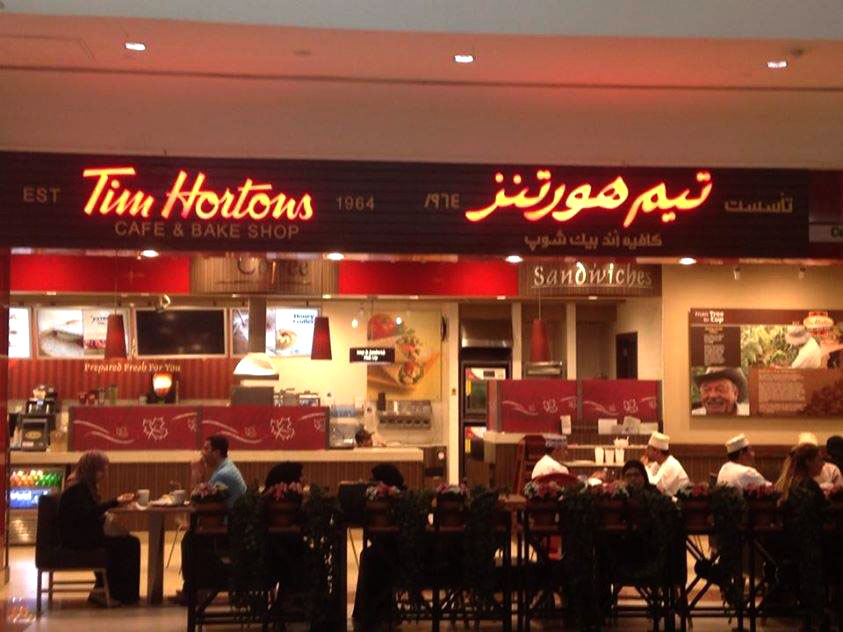 We are ‘third culture kids’ –we grew up in a culture that differs from the culture our parents were brought up in.

While some of us go back to our home countries for post-secondary education, many go abroad. Since my mother’s side of the family lives in Ontario, my brother and I chose Canada. I am Lebanese, but I grew up in the Sultanate of Oman which is a few hours’ drive from Dubai, a booming city in the United Arab Emirates.

We have many of the same stores you can find in a Canadian mall. Some countries in the Middle East even have a Tim Hortons! The inherently Canadian restaurant opened a couple of years ago, and now rivals Second Cup and Starbucks which have been here for years.

I always get asked by people back home if I feel some sort of culture clash while in Canada but my answer is usually, “not really, I just had to get used to the cold”.

I consider myself lucky for not experiencing trouble in adjusting to a new environment. I would say it is thanks to the large number of expatriates who live in the Middle East, which makes English the main language spoken in private schools.

Laurier Brantford student Sarah Yoder, was born in Cairo, Egypt and moved to Al Ain, the United Arab Emirates, when she was 3. She spent her summers visiting family in Canada and the United States but made a permanent move to Canada for university.

Yoder said this move was a shock to her even though she is Canadian. “I felt like an international student in a lot of ways,” she said. “First year was challenging – most of the cultural differences were more subtle and hard to pinpoint, but there were definitely a lot of little things that I had to get used to. A big one was experiencing real winter for the first time!”

Varun Vasudevan was born in India, grew up in Oman and moved to Canada in the fall of 2014. He is pursuing a graduate chemical engineering degree from the University of Waterloo. He describes Oman as “warm, peaceful and safe” and his life in Waterloo as “quiet, socially diverse and cold”.

Vasudevan said he did not find it difficult to adjust to Canada because his schooling was international and this made it easy to befriend students from different backgrounds. But he said students who did not come from English-speaking backgrounds are more likely to experience culture shock.

In recent years the Middle East’s conflicts have been covered extensively by the media so the area is not known for its safety but many countries in the Gulf are free of war.

Yoder said the Middle East is plagued with false religious and cultural stereotypes because of the rise of ISIS and terrorist attacks. “Many people have come to associate Islam or Muslims with the stereotypical extremist [or] terrorist image, and have become fearful of travelling to countries in the Middle East or maybe even befriending Muslims as a result,” Yoder said. “This saddens me, as this is a false stereotype, for the most part. Some of my closest friends have been Muslims from various Arab countries.”

Vasudevan said he does not think visitors should worry about their safety when visiting a country such as Oman because it is secure. “I think [Oman] is safe … I haven’t heard of any cases where any physical assaults or crimes [took place],” Vasudevan said. “It could happen or there might have been cases of crimes [but] from what I know I think it is quite safe.”

Yoder said she considers the Middle East to be home. “[The area] has a rich culture and heritage, centered around tradition and strong family ties, which I really appreciate,” Yoder said. “Middle Eastern countries are more international than you may think, especially Gulf countries where the percentage of locals make up less than 12 per cent of the total populations.”

“I’ve had some people ask me whether I rode a camel to school every day [but] that’s like asking if all Canadians live in igloos!” said Yoder. “The UAE and the Middle East in general is more developed than a lot of people think.”

“If you’re planning on visiting the Gulf, especially Dubai, anytime soon, you can expect to see lots of nice cars, innovative architecture, numerous shopping malls and people from all over the world,” Yoder said.