The pot dealers life after legalization 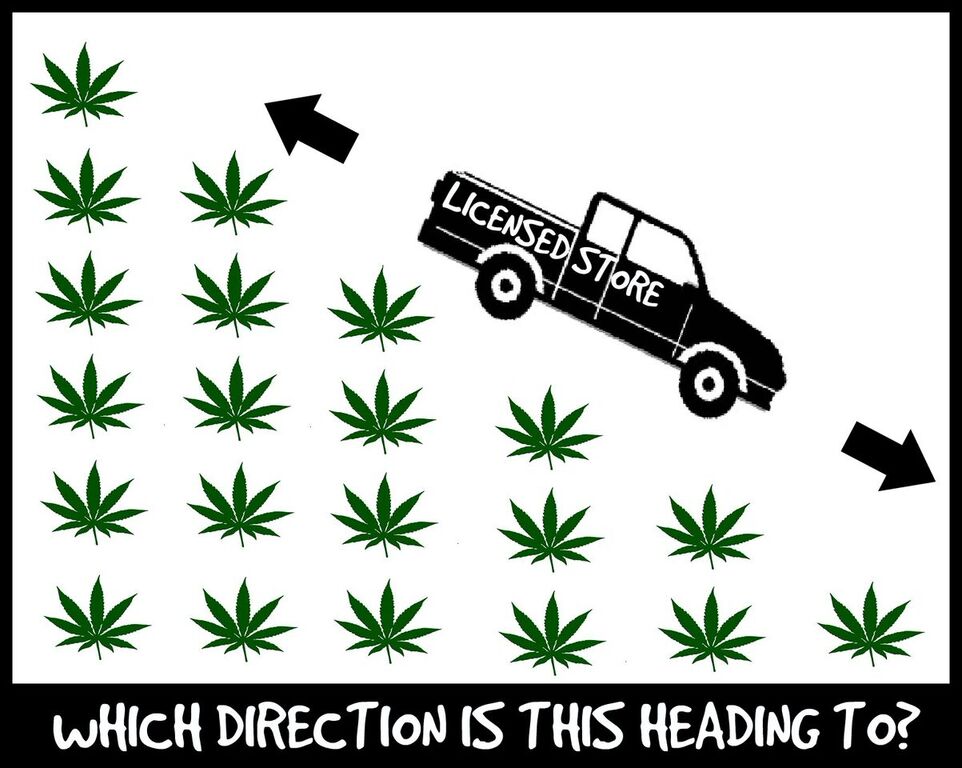 Leaning back in his comfy couch, a couch that seats many different people coming in and out daily, he explains, “I’m pretty much just the stereotypical, friendly, neighbourhood pot dealer.”

For confidentiality purposes, his real name will be withheld, but his customers know him as Bob.

Bob sells about $200,000 to $250,000 worth of marijuana each year in his little home town, at the best price around. He has gained customers that work in law offices, on constructions sites, in fast food restaurants, as realtors and more, over the past five or so years he has been dealing regularly. “They’re just your everyday people, the people that the government itself is categorizing as its citizens. We’re not catering to a certain type of individual group that goes out and causes harm or anything.”

With the stress of today’s everyday routine, Bob says that smoking a little weed is a nice way to unwind and relax. For Bob, it helps him become more calm and at ease, especially when going into public places where he can have issues of anxiety.

Although Bob also works as a freelance website developer, his pot dealing provides for a large deal of his overall income. Bob does not grow his own merchandise, and neither do the people he gets it from. It’s actually quite an extensive collaboration of people working together in the world of selling pot. Bob says the people he directly works for are nothing like the “break-your-arm” type others may think of. “The guys that I work for are the nicest people, like, in the world. They would bend over backwards for me. They are so nice, but they’re also very serious. The more you get into it the more serious people get with it, and it becomes a business. There’s absolutely nothing that could basically distinguish what we’re doing from any other business in the world really,” he explains. But it takes a lot of trust to give someone thousands of dollars’ worth of material. It’s not just a business, it can be a career, and thanks to Prime Minister Justin Trudeau’s recent election campaign, it could soon be a legal one.

Trudeau does not believe the current marijuana prohibition is working. During the election campaign, the Liberal party outlined a series of issues that could be solved with the legalization of marijuana in order to regulate and restrict access.

Trudeau’s campaign says that marijuana is too easily accessible for young people within this current prohibition.

Bob was 12 years-old when he took his first puff of a joint. He was with one of his cousin’s boy friends at the time, standing around with some of his friends when one of them happened to light one up. “It just started going around the circle and every time it got closer to me it was like, you know, this is your moment, what are you going to do? Basically it got around to me and of course I didn’t want to seem like the odd ball, so I smoked it a bit.” About a year later Bob became a regular pot smoker. He admits that he was very young, and that it did effect his development. That is why this now 23 year-old pot dealer doesn’t sell to anyone under the age of 19, and wouldn’t sell to anyone younger than himself when he was dealing pot as a minor.

“There isn’t really a lot of guys out there that just sell weed, and that’s how it needs to be,” Bob says. Bob admits it is easy to fall into selling harder drugs – it’s more appealing because it’s more profitable. “There’s always going to be those bad people that exploit it, and they get too greedy and they just get that mentality that they’re like some kind of drug boss king-pin.” Bob has been offered to sell harder drugs multiple times, and denied the offer every time.

Bob imagines a perfect world where the everyday, friendly pot dealer could just apply for a pot dealing licence and live a happy life, unaffiliated with these harder drugs. Bob doesn’t even associate with people that are into hard drugs, even if they were his friend beforehand. “It ruins people’s lives. I’ve been on that end of it, I’ve been there and tried that, and it’s horrible. The people that are all doing it, they do want to stop but the guys that are all selling it make it there in abundance.”

In legalizing marijuana, Trudeau hopes to regulate this issue. “I think what he’s referring to in that sense is eliminating a lot of those people that are selling weed and various amount of levels of hard chemical drugs too. Because that is what we need to get off the street. I am in full support of that 100 per cent,” Bob says. Trudeau has been very broad in the specifics of his plans to regulate marijuana, but his campaign does say that selling outside of the new (undefined) regulatory framework will see stronger punishments.

But for the people like Bob, that are just here to sell the average adult something to help them get through their stressful days, this could be an opportunity to establish their brand. “It’s basically the time to shine for the entrepreneurial pot dealers,” Bob says. “The people I work for, we want to establish the Apple of pot dispensaries. We want to be the fucking top line go-to, but it’s a lot of competition for that.”

Once Trudeau confirms the rules and regulations around his plans to legalize marijuana, this friendly pot dealer might just legalize his current day job, and turn it into a dream career. In doing so, this legalization could effectively keep marijuana out of the hands of minors, and potentially regulate the issue of marijuana becoming a gateway into selling harder drugs.