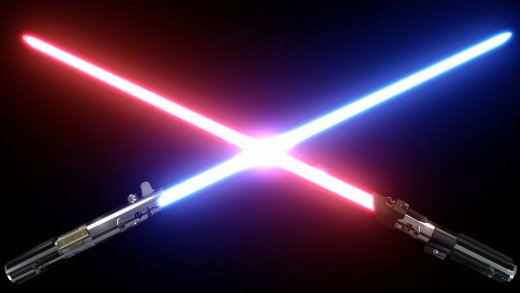 The newest instalment in the Star Wars saga is out in theatres, and it has been…thoroughly underwhelming, and to many, disappointing. The two-and-a-half-hour movie has, at the time of writing, grossed 1.2 billion worldwide, half of what the previous instalment The Force Awakens had earned.

What exactly caused the film to bomb so thoroughly? Needless to say, there are going to be spoilers ahead, so if you would like to see the film for yourself, feel free to put this down for the moment.

The Last Jedi has an amazing ability to have almost a million subplots, and yet barely move the story’s progression at all from the last movie. All in all, every character was busy with their own arc, and the trio never unified, making this movie feel like three episodes of a TV show, with little to do with one another other than occupying the same universe. There are character progression arcs which had no cause to begin, such as Finn’s ‘transition to a hero’ in which no substantial character growth happens. This arc is particularly frustrating due to its failure to track, even at the beginning. Finn is reprimanded for ‘not being a hero’ as he appears to be jumping ship, when in fact he is taking Rey’s homing beacon off of the ship which he knows is dangerous, and in fact doomed.

Perhaps the most frustrating arc is Rey’s, while she is training under Luke Skywalker. Many parallels are drawn to Luke’s training in Empire Strikes Back, but Rey’s training feels cheapened, as we see next to no master-student interaction, and no physical indicators that Rey is gaining more control over her skills. In this tutelage there is an air of either aggressive indifference, passive teaching, or genuine fear. The teachings of Luke barely feel like teachings at all, and that overall lessens the experience.

Although this movie has many other sins, the needless, tepid humour, the expanded run-time, the long un-exciting ship chases, and the comedic death of major villainous roles. The most unforgivable sin in The Last Jedi is the complete and utter disregard for the character of Luke Skywalker.

In the film, Luke is painted as a broken man, haunted by his legend, a man full of fear, and just outright mean. Starting out his performance by throwing his lightsaber away, and pranking the eager, sincere Rey, who just wants to be able to protect her friends, Luke is consistently out of character for the majority of the movie. The most egregious sin is the reveal of Luke’s attempt at Kylo Ren’s life while under his mentorship, in an attempt to pre-emptively save the galaxy from a great, dark force. It is this extremely out of character action which causes the destruction of Luke’s Jedi temple, Kylo Ren to turn into the mentorship of Snoke, and Luke himself to go into hiding.

Any fan can say, that is not the Luke to which they have become accustomed, and Mark Hamill himself even came forward in an interview posted to Youtube on December 6thth: “Who is this guy? How did the most optimistic, hopeful character in the galaxy turn into this hermit who says, ‘It’s time for the Jedi to end’?” he asked, “I read that and I said, ‘What?’ That’s not what a Jedi does. I mean, a Jedi is optimistic, a Jedi has tenacity. He doesn’t secrete himself on an island.”

Hamill continues, in a December 20th interview: “That’s the crux of my problem. Luke would never say that. I’m sorry. Well in this version, see I’m talking about the George Lucas Star Wars. This is the next generation of Star Wars, so I almost had to think of Luke as another character. Maybe he’s Jake Skywalker. He’s not my Luke Skywalker, but I had to do what Rian wanted me to do because it serves the story well.”

The blame for almost all of the misgivings can be shifted onto writer/director Rian Johnson, who was specifically brought on for The Last Jedi. “So it’s not what Mark had in his head initially, and that’s why he’s spoken very openly about his being caught off guard by the script and where the character ends up. But I knew this is where it had to be.” Johnson said in a December 18th interview with Business Insider.

Ultimately, Rian Johnson wanted to tell his own story in the Star Wars franchise, and in doing so wrote a story which not only alienates the legacy characters, but trashes the work and storylines which JJ Abrams set up in the previous film. Abrams will be brought back for the next instalment.

There were good points in this movie; there were many silent, extremely powerful, and beautiful scenes. The visual effects were amazing, and the spaces felt grand. Of course, we get to see Carrie Fischer’s last performance, but even that suffers the cutting room floor.

All we can do at this point is sit tight, and wait, for the Jedi to Return.