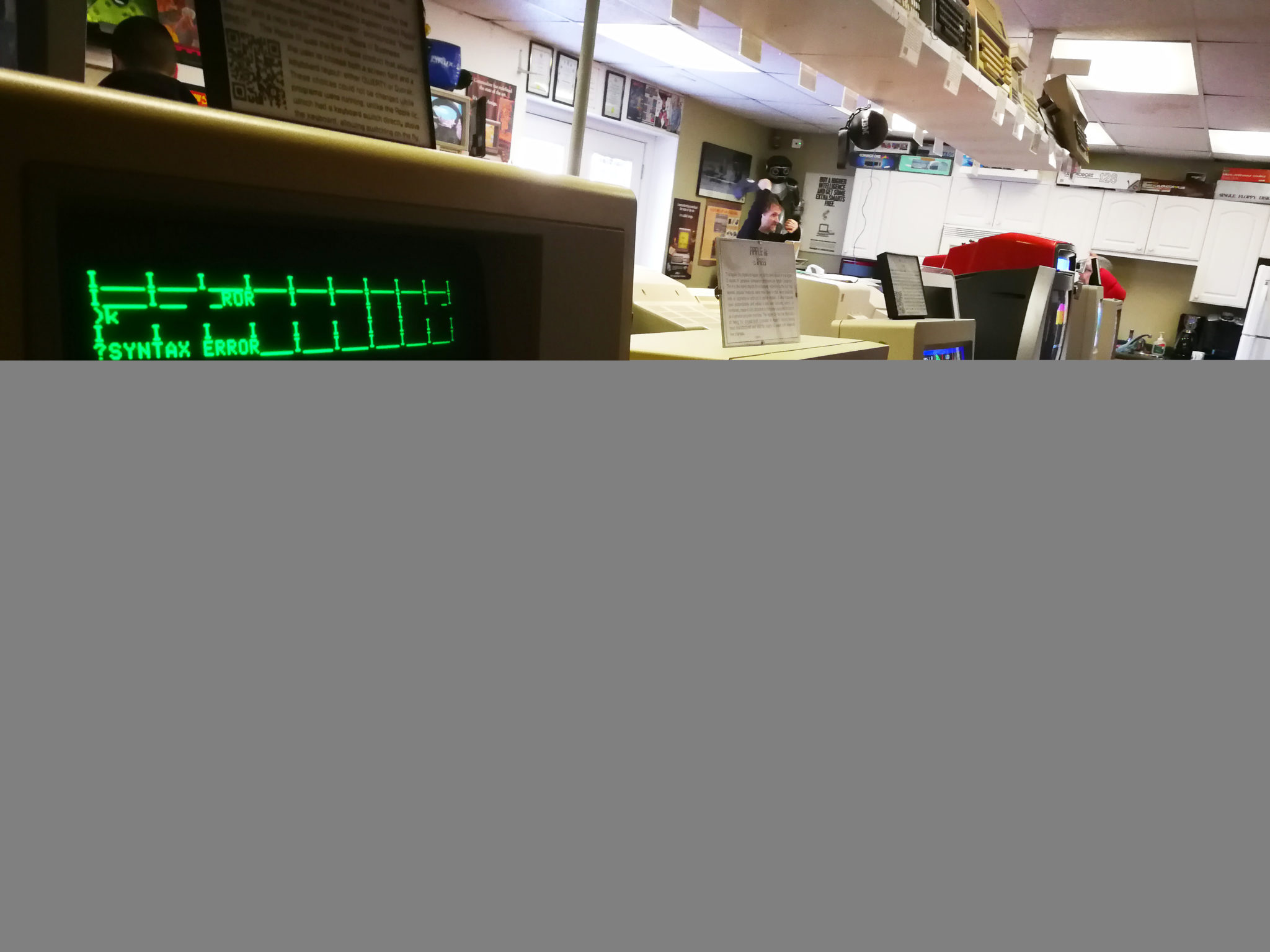 Walking into the Personal Computer Museum in Brantford is akin to walking through a time machine. You are surrounded by decades of computer collection – dozens of computers from all eras, all set up and many with programs for visitors to interact with.

Founder Syd Bolton had the idea for the PC Museum when he was just 16 years old.

“When I was sixteen, I remembering having the thought that I wanted to have a computer for every year I am old…” Said Bolton. “So I just started collecting. I had said to my friends in high school that one day I would have a computer museum, and they thought I was nuts.”

The PC Museum opened about twelve years ago, and is situated in a converted building behind Bolton’s house in Brantford. The museum serves two primary functions for visitors – many can relive their nostalgia of older models and games, and many others can learn about technology they have never seen before. Bolton places an emphasis on this level of discovery, of knowing how we arrived at our modern technology that we may take for granted.

“It’s a two-pronged thing.” Said Bolton. “It’s a nostalgic hit for people that lived it, and can show their kids. And then for the younger generation, it’s a discovery thing. We didn’t wake up and have iPhones. It’s an evolution.”

The soundscape of the museum is a low murmur of interested conversation, and a constant symphony of 8bit beeps and music. Most computers are loaded up with a game from its respective era – there’s 1982’s Dig Dug, Asteroids loaded up on 1982’s Vectrex game console, as well as simple text and card games to play on monochrome monitors you might only have seen Mulder and Scully typing on in the X-Files.

The games are a way to connect visitors to the respective eras. Creator Syd Bolton emphasizes games and computer programs as a visual representation of progress. The PC Museum features a ceiling-height wall of computer programs from all eras.

The PC Museum is an archive of technology, and presents a unique way to bring people together and create connections through technological history. There is a sense of nostalgia accompanied with vital learning and interest, and this is what the PC Museum is all about.

“What we find most interesting is hearing people’s stories and connections.” Said Bolton. “These computers are like time machines. And so they take people back to positive times in their life. And they remember those things fondly. That’s what I love to hear. That’s why I think people should come here.”

The Personal Computer Museum is open one Saturday per month from 10am to 4pm. Appointments or group tours can be booked online.