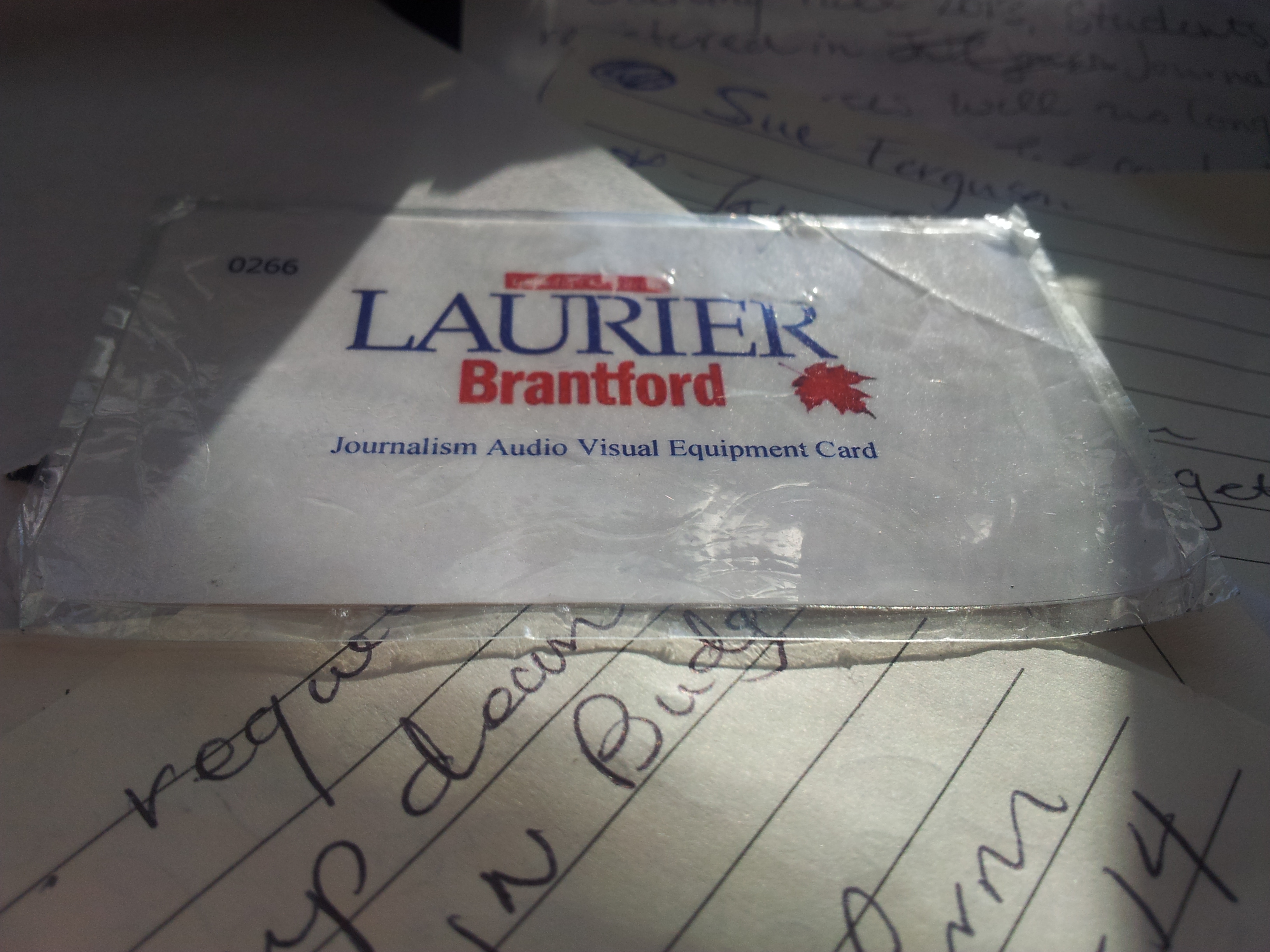 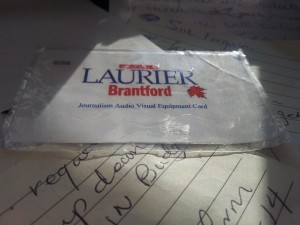 Starting in fall 2013, students enrolled in Journalism courses will no longer be required to buy a Journalism Audio-Visual Equipment (JAVE) card in order to rent university equipment.

In previous years, any students enrolled in a Journalism class requiring audio-visual equipment would have to buy a JAVE card for $55 per course.

The change to the rental system comes after almost eight years of the JAVE card being in use.

According to Sue Ferguson, Journalism Program Coordinator, the JAVE system was set up ill-informed and soon “[became] a system that doesn’t work.”

“The [Journalism program] faculty at whole was never keen on the JAVE card,” she said.

The Journalism program at Wilfrid Laurier University in Brantford was intended to be a tech-light program with a low reliance on any equipment beyond a sharp mind. The JAVE card was intended originally to be a way of paying off what little equipment was bought and controlling the use of it by students.

“I still like to think that all you need to be a good journalist is a type writer,” said Ferguson. “But that can no longer be the case in today’s market.”

In February, Ferguson submitted a proposal for an allotted budget for new journalism equipment each year to the Dean, which she hopes will be followed up on in the next budget.

To ensure the security of the university’s equipment, Ferguson has also started the process to get the tech department to implement equipment waiver forms – legally binding students to the full replacement of any damaged, stolen or lost equipment.

According to Sylvia Hernandez-Rassavong, who works at the sign out desk at Laurier, the system will help improve the quality of service as well as give students an opportunity to use university equipment.

“I feel that it will be better for current and future students that may need to access the equipment,” says Melissa Anne-Marie, a first-year journalism student. She explained her own experience with the system included not being able to purchase a JAVE card because of limited availability per term. This forced Marie to go buy her own equipment which cost her much more.

“Making the tech equipment more accessible to all students is a great thing for the university to do.”