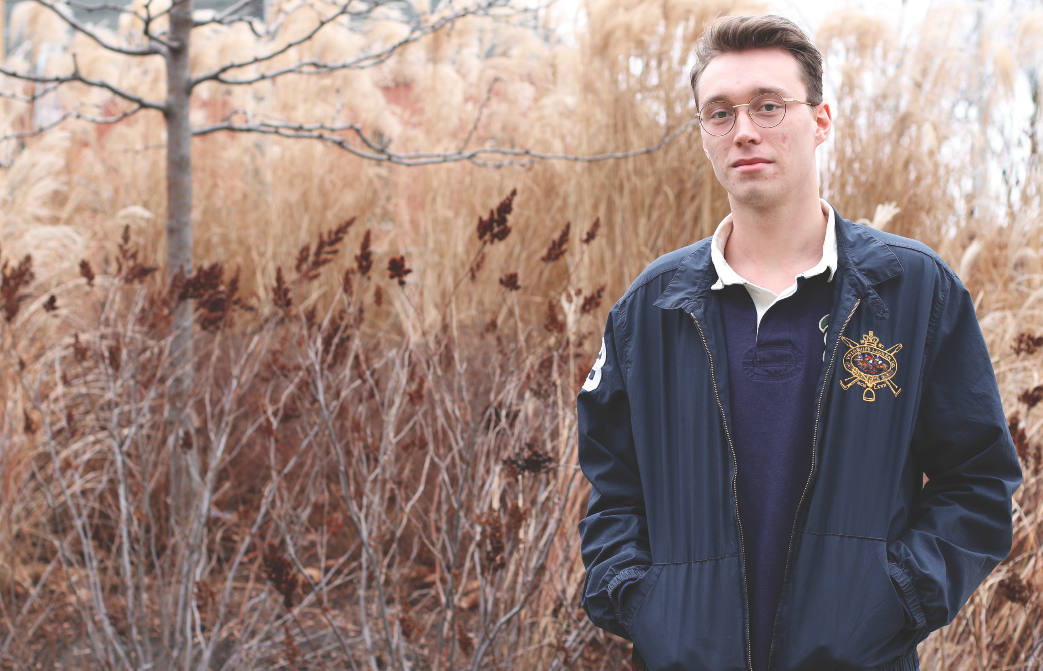 The featured artist is a Laurier Brantford student who is constantly striving for creative and artistic excellence. The medium isn’t what’s important; it’s the art. This weeks Featured Artist is Steve Dave (Kurtis Rideout).

How long have you been rapping and making beats for?
I started playing and writing music when I was just a kid… probably like 10 or so, and I started a band with my childhood friends not too long after. When I was in high school all my friends split up and went to separate schools so we were on to different stuff, that’s when I started to make beats on my laptop with Fruity Loops, probably like aged 15. I don’t really rap a lot though, so I’d say I mostly just produce, but I’ve been stockpiling lyrics on my iPhone, that’s just some stuff I’ve got in store… it’s cooking, you know, on the back burner.

I’ve heard that certain artists prefer to be in a specific state of mind when they’re about to create something. When you’re making music, do you feel this way?
I like to be alone but if I’m around the right people I can sometimes feed off of their energy. As far as state of mind goes I don’t have any particular rituals besides constantly streaming cartoons and sitcoms, just stuff for background noise I guess.

How do you feel technology has changed the way people listen to music?
I look at streaming services like the one Apple has now and Spotify, and kind of feel like I can’t buy into them because of how I traditionally accessed music. But I like the fact that the Internet at large has given people access to all of the craziest music you could ever imagine. I think if I didn’t have technology I would have been too lazy to go to record shops and pay for stuff as often as I can just browse online. A lot of people probably feel the same way, so I think it’s had an affect on all aspects of music beyond just how we consume it.

Where do you see yourself in the next five years?
I’d like to see myself producing some seriously next level dope ass music. I feel like I can’t even picture myself sitting behind a desk anywhere or something of that nature… E-mails give me anxiety.

What software do you use to create your music? Have you tried any other options?
I’ve played around with GarageBand a bit and I tried out Ableton, but I really like Fruity Loops. Either it’s mad easy to learn or it just makes sense to me, I don’t really know what it is, but Fruity Loops just clicks. I also use Audacity to cut samples and mix my beats after I finish them on Fruity Loops. Everything I make on Fruity Loops goes through Audacity at least two times.

If you could define your sound in one sentence, what would it be?

The same as the sounds you hear when you cross over.

I’ve noticed that some of your beats are sampled based. What do you look for when trying to find the perfect sound to sample?

Finding samples is probably what I struggle most with. It’s pretty easy to find a loop in a song on YouTube after typing in some strange keywords, but the real trick is to find that really fire ass sample that makes you nod your head when you throw some drums over it. I like to use jazz and piano samples but I really just mix it up as much as possible… Sampling is only cool because it has no limitations, I think.

Who are your top five producers, dead or alive?

That’s tough but I’m gonna have to go with Noah “40” Shebib, Pimp C, all the people who produced 2Pac’s Me Against the World (that’s more than five in total but I think the production on that album is consistently flawless), and I gotta show love to Jimi Hendrix, Jim Carroll, and Kurt Cobain. I know they aren’t producers and that’s more than five but I don’t care.

I love where I’m from. People say being from a small town is slow and boring but I feel like in the city you are always stuck in traffic or walking behind slow people. Where I live I get to set my own pace which gives me the freedom to move around a lot. Moving forward I’d obliviously probably wanna situate myself a little closer to Toronto or some other metro music hub type place, but for now I dig the isolation out here.

“Vice” recently put out an article titled “2015: The Year White Rappers Lost” which explained how generally, white rappers have been losing respect and popularity (other than a select few). Where do you stand on this?
I don’t really have an opinion. I understand the dynamic and I respect it, but I see music as an art form that I want to manipulate beyond one specific label, or genre of music. I guess I think it’s sad that race is even part of the conversation with any genre of music, because to me good tunes are good tunes and you can’t hear colours anyways, so if it sounds good I’ll play it.

If you could tour Canada with one other Canadian artist, who would it be and why?

Is it a cop out to say Drake? (laughs)… I’m probably gonna have to actually say either Mac Demarco or Jazz Cartier… Partly because I like the stuff both of the guys have been doing over the past few years, but mostly because they both have some crazy ass energetic live shows.

How has going to Laurier Brantford affected your music?

Well my schoolwork comes first because of how much it costs (laughs). I honestly treat my music as a hobby right now, it’s something I do for fun. I’ve had offers from people to buy some beats for decent prices but I don’t feel comfortable sharing my work like that. I wanna make sure whatever I end up making is perfect, so I really gotta put the time in and it’s hard to get that much stuff done right now, especially as I get closer to finishing my degree. However, I have made friends and connections at Laurier that have been both inspiring and encouraging. It’s a school that is full of open-minded people and creativity is definitely respected.

Where can people find your work?

For now I’ve just got some random stuff on soundcloud at https://soundcloud.com/stevedave4lyfe. But I’ll be announcing some different stuff over 2016 so check me out on Twitter or something at @stevedave4lyfe.