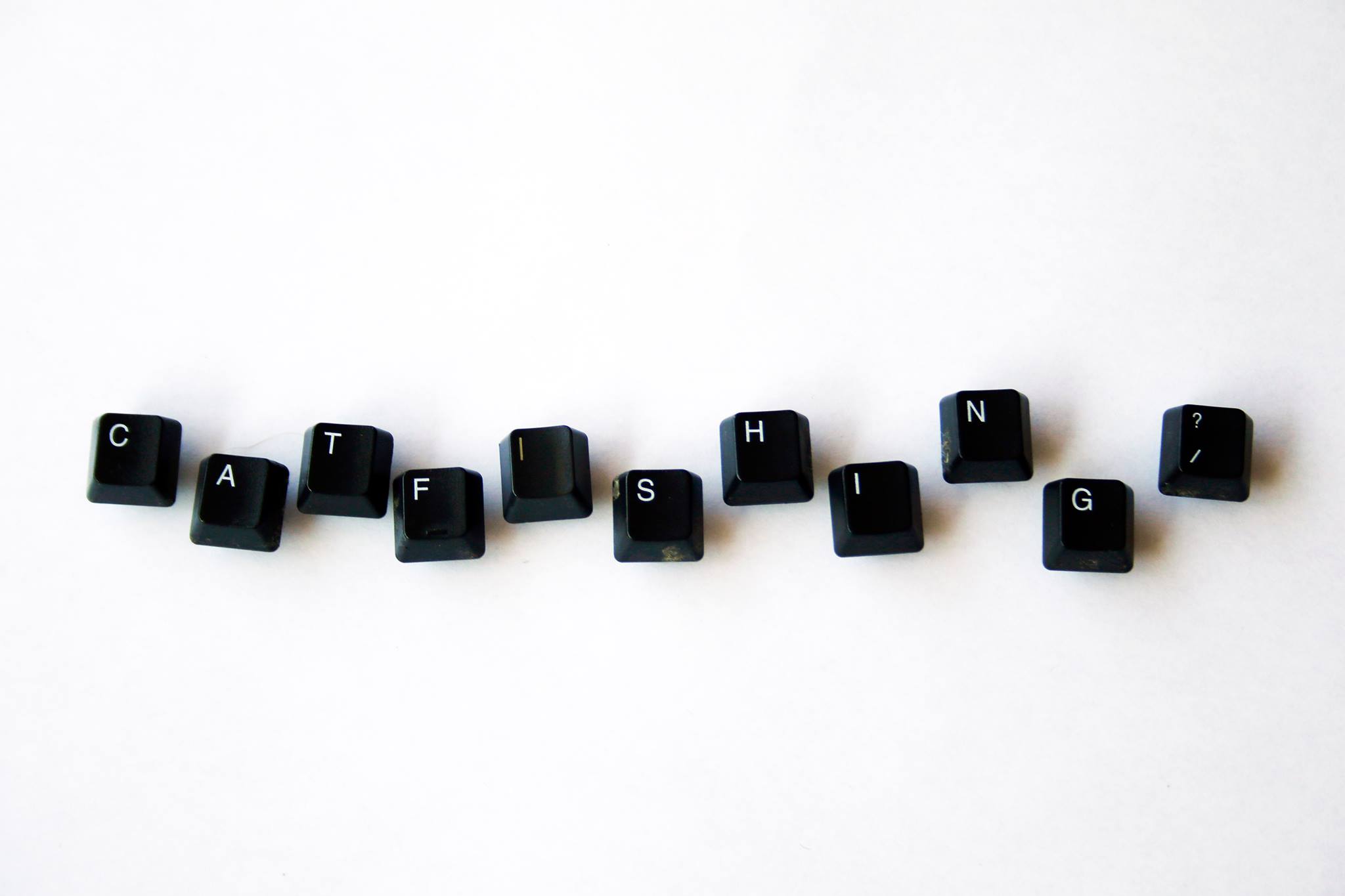 With their profile pictures curated from Google images, their short contact list which might have one or two common friends, and a wall completely devoid of any actual social interaction, it’s almost as if they made the account yesterday just to add you.

Whether you are on Facebook, Twitter, Tinder or the next emerging social media thing, the platform isn’t really relevant, you most likely know exactly what I am talking about.

The first thing I’d like to note is that being ‘catfished’ can be a huge violation of someone’s privacy and can also have a lasting impact on one’s ability to trust other people. Furthermore, it often leaves people feeling embarrassed or ashamed, having found themselves tricked into a very vulnerable position. For this reason, a number of the names in this story have been changed out of respect for all parties involved.

Secondly, where does the term ‘catfish’ come from? It actually derives from the act of adding a few catfish to a shipment of cod during overseas transport to keep them on their toes, thus resulting in a healthier, leaner tasting fish.

The story originates from the 2010 documentary Catfish where Vince Pierce, the husband of a woman in her forties who had been posing online as a teenage girl, relayed it as follows:

“By the time the codfish reached China, the flesh was mush and tasteless. So this guy came up with the idea that if you put these cods in these big vats, put some catfish in with them and the catfish will keep the cod agile. And there are those people who are catfish in life.

And they keep you on your toes.”

Carlie is a nurse in her thirties living outside of Toronto.

A few years after splitting up with her husband she decided she would try dating again via the popular singles website Plenty of Fish (PoF).

Though it wasn’t enough to scare her away from online dating altogether, she recounted to me a very memorable experience of a meet up that turned very quickly, and awkwardly, into the classic ‘blind date’ nightmare scenario.

Scott’s profile on PoF described a pretty average sounding guy in his mid-thirties. He claimed that he worked in trades and was interested in athletics and going to the gym.

It seemed as though he was a pretty healthy, active guy, so when he first started messaging Carlie, she ignored the fact that each of his profile photos was a blurry headshot.

It was ‘Roll up the Rim’ season at Tim Horton’s when Carlie parked her car and nervously entered the café where she was supposed to meet Scott.

When she first lay eyes on him she had to do a double take. If his hobby was going to the gym it had been a long time.

Before she could even sit down the first thing that came out of his mouth was, “You’re one hot mama”.

He offered to buy her a coffee.

Ignoring the warning signs, Carlie decided that since she was already there she would humour him. At least he offered to buy for me, she thought. He then reached into his pocket and emptied the contents onto the counter.

Two ‘Roll up the Rim’ coupons for free coffee.

They sat down and proceeded to chat.

He told her how he was currently unemployed and living in his mom’s basement, and just when she thought things couldn’t get worse he interrupted before she got the chance to excuse herself,

“I’m gonna go out for a butt, do you mind coming outside to join me?”

Carlie awkwardly obliged, noting the fact that his profile said he was a non-smoker.

“Oh everyone gives you a hard time when you say you’re a smoker,” he said nonchalantly.

Outside he interrupted again, and noting the weather, suggested they sit in his car for the duration of the cigarette. With her patience wearing thin she complied. She sat in the passenger side of his car with her hand covering the door handle for good measure.

“Well,” he sighed, “Should we go park behind No Frills?”

“It’s just better if we get this over with…”

Before he could even elaborate, Carlie finally built the nerve to cut him off and make an exit.

Feeling no sense of rejection, lit cigarette still in hand, he confidently pulled his gum out of his mouth and stuck it to the bottom of his steering wheel, and asked for a kiss.

In case you thought this story couldn’t get worse; here is the kicker, after a few months passed Carlie was in for quite the shock and surprise when she was greeted by none other than Scott’s ‘big, fat silhouette,’ cast from beyond the divider doors at the hospital where she worked.

As it turns out Scott had a number of health complications including hepatitis, recreational drug use, and much more; he was actually in the hospital for a minor surgery related to such complications (so much for being in good shape).

But guess who happened to be acting as head nurse the day he returned to the hospital with a dehisced surgical wound?

Vishal is a copywriter from India in his late-twenties.

Like most teens growing up in the golden age of instant messaging, Vishal and his friend Rahul logged
many hours exchanging emoticons with their friends from school, and it wasn’t unusual for them to kill a whole afternoon goofing off sitting around the computer.

What started out as a pretty innocuous joke quickly spiraled into something a lot more serious when Vishal and Rahul decided to create an account on MSN Messenger with the address Jennifer_anderson91@hotmail.com.

Arming themselves with jpegs from Google images and a backup account for extra pictures, they shared the password around with their group of friends, and all began taking turns pretending to be Jennifer, choosing their mutual friend Saul as a target for their elaborate prank.

Things started out pretty innocently actually, they would ask their friend Saul questions that they knew he couldn’t answer and when they caught him lying to impress ‘Jennifer’ they even made him feel bad enough to apologize. They laughed as he tried to talk soccer with her, and then even more when he agreed that Randy Orton (the WWE wrestler) was the best player on Manchester United team.

The whole charade lasted a few months and even transitioned over to texting, which apparently got pretty nasty according to Vishal, but the one thing I still don’t understand about his story is the fact that the way he tells it, it never actually ends in with Saul freaking out on his friends, he just claims that Saul didn’t trust them with anything computer related for a few months.

Allie currently lives with her boyfriend Tone in Carolina, who she met online through the popular avatar based ‘metaverse’ site IMVU.

Allie grew up in a small town in Southern Ontario where it’s really easy to feel alone unless you don’t mind spending all your free time with your parents. Like many other young people growing up in such an isolated place, the internet became her connection to the world beyond her small town.

But it wasn’t all smooth sailing for Allie though.

As the titular metaphor would suggest, the ‘catfish’ kept her on her toes.

Around the time she was fourteen years old Allie would spend some of her time chatting in various Facebook groups, one in particular was called ‘The Bathroom Wall’. That is where she met a young man named Leo who all but inducted her into his seemingly exciting group of friends.

Though she has fond memories of the group, she noted that they seemed pretty dramatic, even for high school kids. She also noticed that it was very rare for more than one of them to talk to her at a time, which seemed very peculiar.

“I never actually got an answer as to whether or not Josh was a real person, or whether this was one guy/girl with a lot of different accounts, trying to just mess with me, but it seemed too suspicious to even be real.”

Nonetheless, Allie began to fall for Leo’s best friend Josh, someone she considers to be her first crush. Josh was the first person who genuinely showed interest in her, but as they began to lose touch her suspicions started to materialize; they had all but disappeared from each other’s lives.

“I had really fond memories of Josh, Chelsea and the others, and it actually took about five years for me to come to terms with the fact that these people probably were never real, which devastated me. I’ve made ample amounts of friends online, but after that, I was always weary in terms of who I was talking to and whether or not I would share certain information with them.

What I still don’t understand to this day though, is what would possess somebody to do that in the first place, but to a 14-year-old girl as well.