The Bent King prepares to open in April 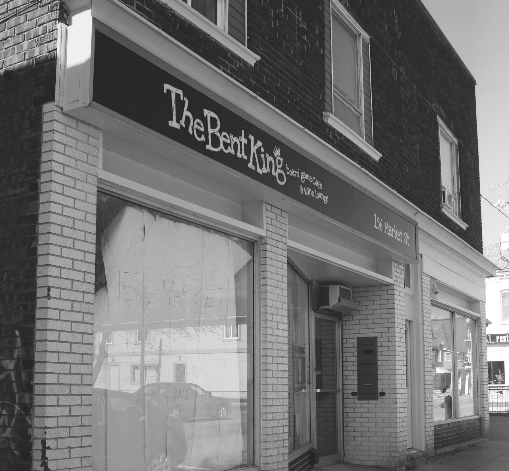 After The Sputnik’s 2015 coverage of Brantford’s journey to get its game on, perhaps you’ve been wondering, whatever happened to that second board game cafe, The Bent King?

Well, the restaurant has found its home at 156 Market Street, and plans to open in April.

The idea for the café began about two years ago and the team has been working on implementing it ever since.  The construction of the business has rolling since July 2015.

Branded as, The Bent King Board Game Café and Wine Lounge, the space is aiming to be a spot where customers can enjoy a cup of coffee and play an old fashioned board game. Patrick Huxley is a co-owner and general manager of the café alongside Carrie King who had the original idea for the project.

“Our goal is to provide, not so much as a dining experience, but an entertainment experience. Something that there isn’t really a lot of options so much of in Brantford. Our philosophy is, everything to the highest quality. I am a craft beer geek and we are going to have a lot of high quality craft beer. We’ve loved board games and gaming in general so we want to make that a great experience for everyone as well,” said Huxley.

The board games that are currently stored for the café so far are all donated by Huxley from his personal collection. He has collected about 150 titles. The Bent King stated they have also have secured suppliers for board games.