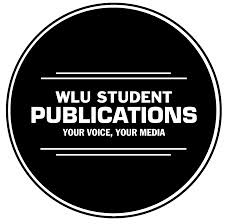 Brantford’s Telephone City Musical Society (TCMS) is honoring the 70-year anniversary of D-Day with a memorial concert in partnership with Brantford Pipes & Drums.

June 6, 2014 marks the 70-year anniversary of D-Day in Normandy, France. According to the Canadian War Museum, Canadians suffered 1074 casualties, with 359 deaths during the attacks.

The event is being held at Heritage United Church on June 6, with a cost of $10 for adults and $5 for children. Board and band member Tracy Boyes states that the band recognized that nothing was being done in Brantford to commemorate D-Day, and, given the band’s military history, it made sense to put on a concert. The collaboration with Brantford Pipes & Drums was due to the prominence of pipes and drums in the military.

The TCMS is hoping to draw a crowd of veterans and current military members, but welcomes a younger crowd to create awareness and strike up a conversation about D-Day. Allowing for a historically rich experience, the concert will include an exhibit of articles and photographs of local veterans by John Manners. The Brant Military Museum will be donating a few item for the night, as well.

The Telephone City Musical Society is in its 95th year, and started as the Great War Veterans’ Band in 1919. After The Great War Veteran’s Band, it became the Branch 90 Legion Band and maintained its position as a marching band. Band member Kathy Bromhall recounts the band’s history as a marching band, and recalls how the late conductor Fred Nicholas was a WWII veteran and, “directed the band very much with a lot of the old military marches…we played a lot of marches.” As a marching band, they acquired many marching awards, and even played for royalty.

Telephone City Musical Society is no longer a marching band, and they play approximately three to four major concerts a year, as well as numerous smaller shows at nursing homes and community events.

All proceeds from the D-Day concert will go towards the maintenance of the band. Boyes states, “We are one of those groups that are financially struggling. We are not-for-profit, we don’t make an income, so basically the money that we make for the band will be put back into the operation.”

If residents are unable to catch the D-Day concert, all are invited to the free concert that Telephone City Musical Society will be performing at on Monday, June 9, at 7 p.m. in Harmony Square.