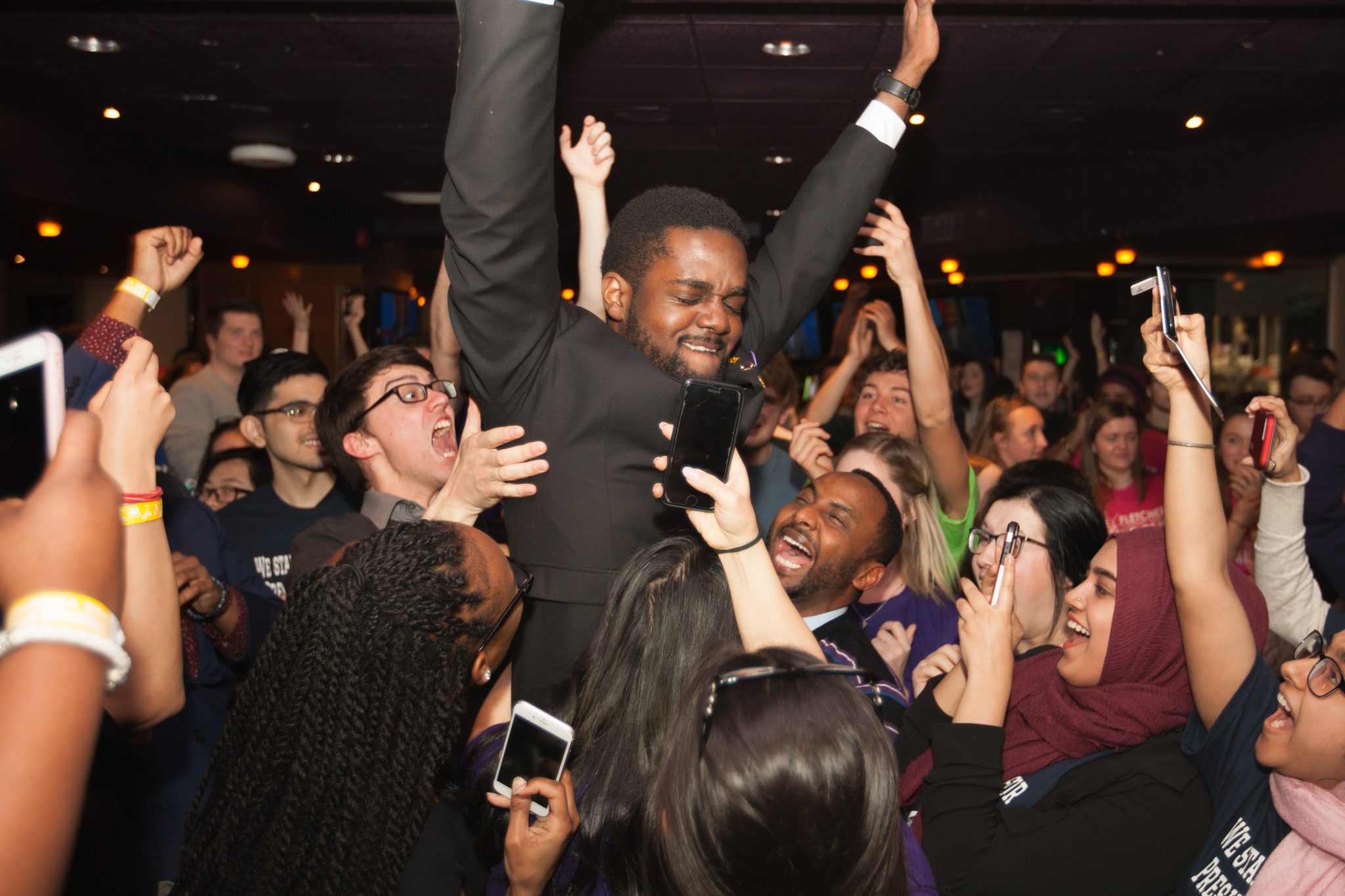 “It feels like an absolute honour. It feels like all the hard work I put in, I’m finally getting the reward,” said Plummer. “When you commit yourself to your community, you can expect your reward to be more work, but at the end of the day, you feel incredibly satisfied.”

Plummer was very adamant in his platform that he is for the students and wants many things to show far at the end of his term.

He wants to advocate for marginalized students on campus and hopes that more inclusivity will become apparent on campus. He didn’t take the win all for himself, saying that it was a win for many other groups as well.

When asked how he felt about a majority win, Plummer says that he was only thinking about a win or loss. When the result came that he won with 52.35 per cent, he said he couldn’t believe it.

“It feels so surreal. When May first comes and everyone walks into that office and it says President and CEO, Tarique Plummer, I feel like at that point it will completely sink in,” he said.

Plummer says he cannot take full credit for the win because his campaign team put in a lot of work to help him win. He says he owes them so much for how many connections they made and how many people they brought on board.

As soon as he was elected, Plummer needed to start hiring for the 2018/19 year.

“Hiring processes are going well so far. There are a few applications that we reopened,” he said.

Plummer says the final list of hires will be released Feb. 14. He said he is excited to build the team that will help him achieve the vision he has for Laurier with the students interests and wants put at the top of his priority list.

“The first few things I want to start working on are the Student Ambassador Multi-Campus, the diversity and inclusivity program as well, so those are paramount,” said Plummer.

He said he’ll work on his first five tasks, then another five, then another, making sure students’ get what they were promised.

“Something about my leadership it it’s hard to be contained in the office for me,” said Plummer. “So, my habit is you’ll see me majority of different areas around campus. You’ll see me on both campuses as well. There will be a lot of times where there will be club meetings or events and I’m just going to pop up.”

Plummer says he plans to communicate with students directly to hear their thoughts, adding that he hopes the Students’ Union can become more engaged with the student body.

“I truly hope that after the communication of new ideas and kind of already speaking to a few individuals that we’ll be able to bring up the interest of students, or at least make them aware of what’s available to them. So, that’s absolutely key,” said Plummer.

One things that is of the upmost importance to Plummer is bringing the two campuses closer together.

“That multi-campus perspective is deep imbedded in me,” said Plummer, adding that he’ll be on the Brantford campus after the reading week to celebrate his win as he has not had the chance yet.