Let’s help to end the stigma 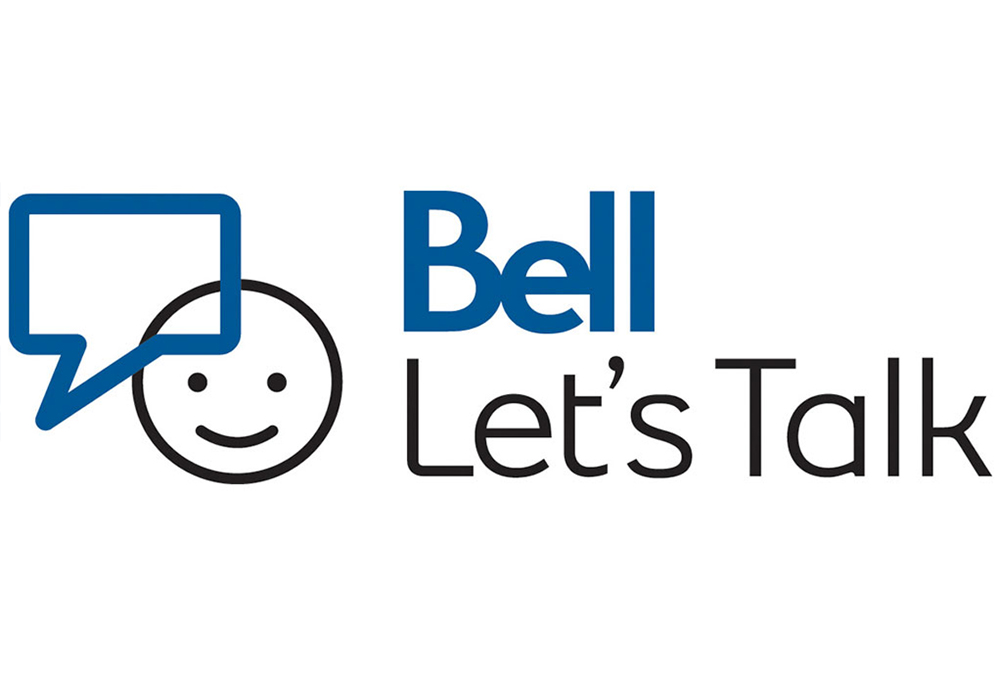 On January 31 Bell Canada had their annual Bell Let’s Talk Day which centres around ending the stigma surrounding mental health. Bell Let’s Talk originally started in 2010. On their website Bell explained, “At the time, most people were not talking about mental illness. But the numbers spoke volumes about the urgent need for action. Millions of Canadians, including leading personalities, engaged in an open discussion about mental illness, offering new ideas and hope for those who struggle, with numbers growing ever year.”

On Bell Let’s Talk day for every interaction someone has on social media, Bell donates 5 cents to mental health initiative. Interactions can be done through using the hashtag Bell Let’s Talk on twitter, watching a video on Facebook, using the filter on SnapChat, or a few other ways on different platforms.

This year there were 138,383,995 interactions, which broke the previous Bell Let’s Talk Day record. Because of all of these interactions, Bell will be donating 6,919,199 dollars to mental health initiative this year.

For those wonder where this money actually goes, the Bell Let’s Talk website offers a 57 page list of all the organizations and places they split the money between throughout Canada.

Their website also offers multiple messages from people who have struggled with mental health themselves. This includes normal people all the way up to stars like Howie Mandel.

The website offers different ways that people can help end the stigma against mental health. These suggestions include educating yourself, changing the language and words you use, being kind, listening to and asking others if they are okay, and talking about it.

Not surprisingly, Bell Let’s Talk day leads to a lot of discussion about mental health, resources, and strategies on social media. On the fairly popular Spotted at Laurier twitter page, a lot of students were submitting tweets promoting conversation. However some students took this opportunity to call Laurier out, criticizing their resources including the Wellness Centres.

One tweet read, “#BellLetsTalk because the Wellness Centre turned me away for being a ‘conflict of interest’ because my sister was someone of importance in the Laurier community and that apparently trumped my mental health first year.”

Another one said, “#BellLetsTalk about how a counsellor at the Wellness Centre said I wasn’t skinny enough to be taken seriously when I confided in her about my eating disorder. Don’t let the stigma define you.”

However many students also submitted tweets thanking the Wellness Centre for helping them in times of need.

One tweet read, “#BellLetsTalk about the wellness centre because if it wasn’t for the counsellors and doctors there, I wouldn’t be here right now.”

A lot of the negative tweets had replies that tagged Laurier administration and the Wellness Centre twitter pages.

On February 1 in response to this, Dean of Students Adam Lawrence sent our a tweet on behalf of himself and Dean of Students Leanne Holland Brown. The tweet offered students an opportunity to share feedback about their Wellness Centre experiences and provide feedback to better meet and respond to wellness needs. Lawrence ended the tweet with “We are committed to listening & understanding how we can do better.”

The link provided in Lawrence’s tweet linked to a letter from both Deans of Students. The letter stated, “The centres will be announcing a plan in the coming weeks to allow students to provide feedback about the resources and supports available to them. These opportunities will include a combination of electronic, in-person, and focus-group options. Updates about these opportunities will be provided via MyLauirer, on social media, and on students.wlu.ca.”

According to the National College Health Assessment North American survey in 2016, which includes responses from 41 Canadian postsecondary institutions, the percentage of students who experience overwhelming anxiety and depression has gone up from the previous three years.

In an article written by The Globe and Mail, it is mentioned that McGill University’s mental health-services have seen a 35% increase in students seeking help over the past five years, which seems to be a common trend among other universities.

It’s no secret that a good portion of people, 1 in 5 according to Bell, struggle with their mental health. But in times of struggle it’s incredibly important to reach out to the resources available. Please don’t be afraid to seek the help you need.