Take Back the Night takes over downtown Brantford 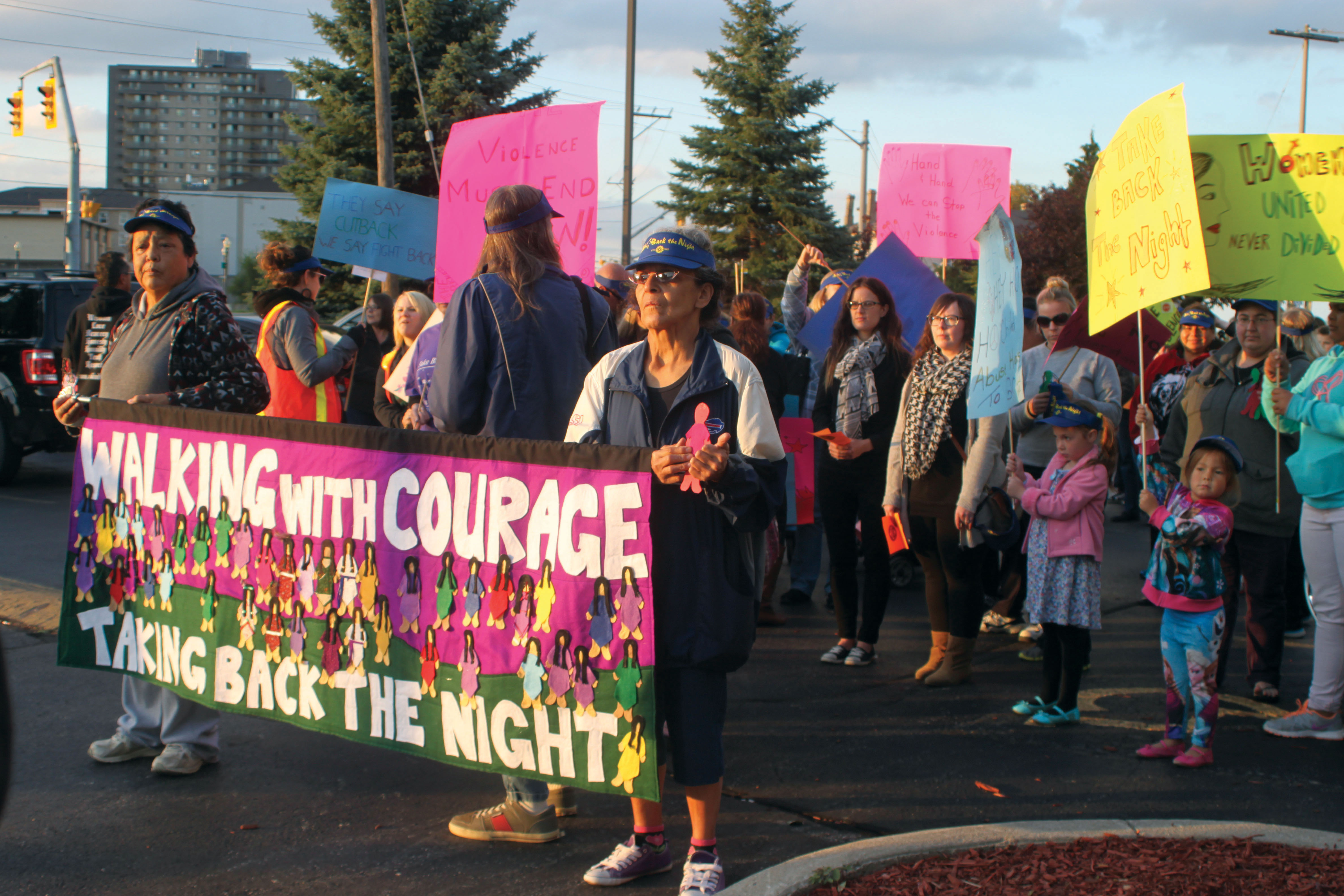 On Thursday, community members gathered to participate in Brantford’s 23rd Take Back the Night march.

Take Back the Night is an international event born in the 1970s out of a publically challenged, and call to an end, sexual violence against women.

Brant MPP Dave Levac awarded the event’s coordinators a Congratulatory Certificate, citing that he is compelled to help make visible the women who are faceless victims of violent crimes.

The hundred participants marched downtown’s Dalhousie and Colborne streets, beating drums and calling out chants of, ““Whoever we are, wherever we go, yes means yes and no means no”, while carrying signs adorned with slogans like, “No more silence, no more violence”.  With women of all ages encouraged to participate in the rally, some families were represented by three generations.

This year’s local rally was held in solidarity with the Sister’s in Spirit campaign, bringing a spotlight to Canada’s missing and murdered indigenous women.

Alongside the traditional Take Back the Night march, participants also had the opportunity to participate in the Brantford’s Faceless Dolls Project. Faceless Dolls is a community art project consisting of handmade felt dolls without faces, which call dialogue to the thousands of missing and murdered indigenous women in Canada.

For participants like Lynn LaForme, this year’s Take Back the Night, and the Faceless Dolls Project provided a space of “harmony and awareness”, towards the disproportionate amount of violence faced by indigenous women in Canada, like LaForme’s sister Elaine.

“My sister was murdered two years ago and this is my contribution to keeping her memory alive,” says LaForme, “Something has got to be done. This is way too many people gone missing.”

The Sexual Assault Centre of Brant, and Brantford’s Native Housing have orchestrated the event annually in the Brantford community since 1991.

Carrie Sinkowski, Community Education and Development Coordinator at the Sexual Assault Centre of Brant, says Take Back the Night is important in all communities so that survivors of sexual violence know that they are not alone.