Students relax and destress with paints 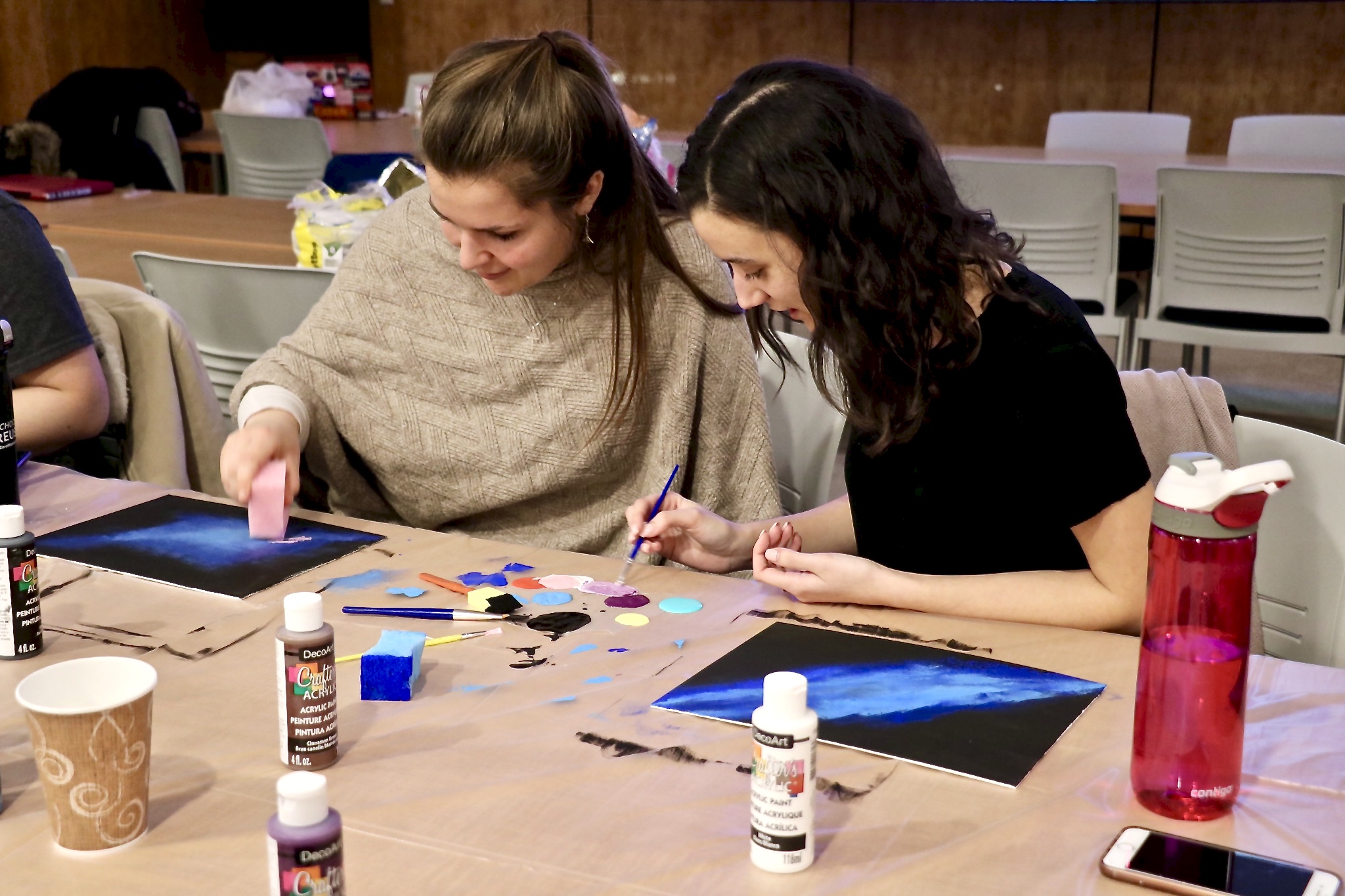 On March 6, Le Club Français gathered students and challenged them to unleash their inner Bob Ross in a paint night.

As the year comes closer to the end, the French club decided to hop on the trend of following along with a Bob Ross tutorial and challenge students in a fun, creative way. In a room with tables covered with plastic sheets and multiple paint bottles available to use, students were very excited to get their Ross on.

If you’ve watched enough YouTubers fail at the tutorial, you know that you’ll need liquid white on your blank canvas to do as Ross did. As students, we love making things work on a budget, so the French club opted to have the students follow a galaxy tutorial instead.

“I think the Bob Ross tutorial trend is a great thing! It’s something positive and relaxing and encourages people to try something new even if they don’t consider themselves an artist,” says Nicole Di Natale a third-year law and society student.

Although Bob Ross has nothing to do with France, the culture of art does, says Abby Myles, the head of executive outreach and mentorship for the club.

“Trying to find ways to de-stress and paint and then incorporate [enjoyment] and appreciation of French…there’s a lot of art connection with French culture and a lot of the art is prevalent in their culture,” says Myles.

There was a decent turnout for the event. Two tables were filled with students enjoying themselves while trying to accurately follow the tutorial to create a decent looking galaxy.

Using sponges to create the pattern in the video, students laughed at their own art ended in varying degrees of success.

I too tried my best to re-create the tutorial’s galaxy, but with the constant pattering against the canvas, I was causing my hands to stress rather than de-stress. The freedom to incorporate different colours into my vision of a galaxy allowed me to be as creative as I wanted.

“Creating the galaxy was difficult at first but I definitely think watching the tutorial at the same time made it easier to do while also letting you do your own thing,” says Di Natale.

Sometimes with events like these people aren’t too pleased with their work and leave it behind to be thrown away, but on this night, no one was looking to trash their artwork. Every student ended up with an original piece and was proud of what they created.

The French club doesn’t want this to be their last relaxation event. Myles says the club will be making self-care kits as the stress of exams creeps closer, as well as a social media photo challenge coming up soon.

“All I’m saying is get your berets ready!” says Myles.