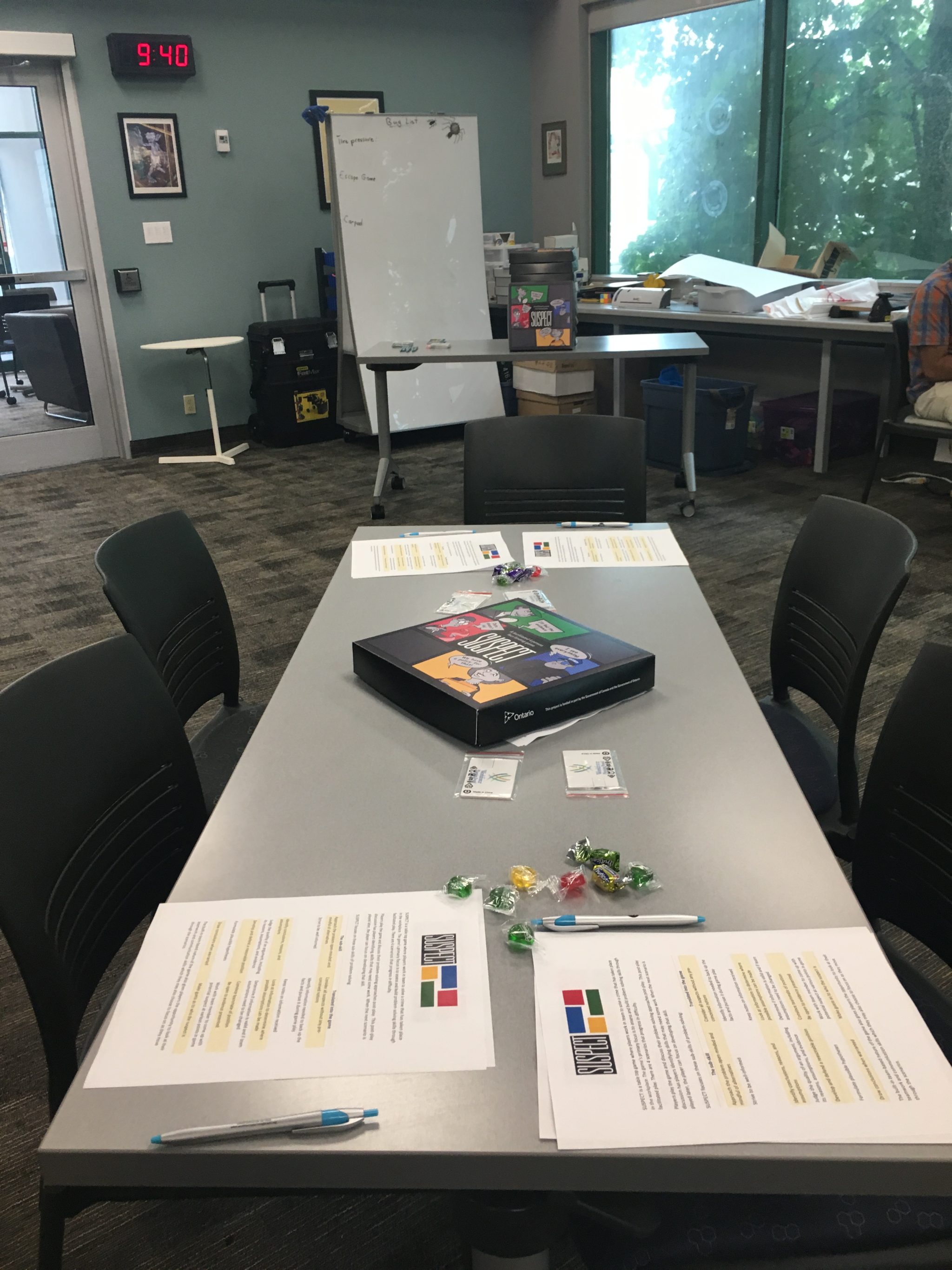 This summer Laurier Brantford students in the Game Design program worked closely with an organization called Workforce Planning Board of Grand Erie in order to develop a game called SUSPECT.

Charlene Hofbauer, Communications and Project Coordinator for Workforce Planning Board, explains that SUSPECT is “A facilitated problem solving game that community organizations can use with people who are looking for education, training or employment,” and that it is played as follows.

“The 4 players have to solve a crime in the workplace and take on the persona of the Accountant, Human Resources Manager, Private Investigator or Security Guard,” said Hofbauer. “They know the scenario of the crime, the 5 suspects and 4 facts. As 2 teams, they need to collect more information about those 4 facts to determine which of the suspects committed the crime. If neither team solves the crime, the suspect goes free.  There are 4 scenarios at increasing difficulty levels.”

Laurier students Shayne Ganness and Gabriel Hancock played a fairly large role in the development of the game.

“They developed the game concept using the targeted soft skill which was problem solving,” said Hofbauer. “Through game play and test pilots with the community and their professor, they revised their concepts to the current form that the game takes. The students developed all scenarios, the information cards and game moves as well as the facilitator guide.”

Workforce Planning Board wanted to develop a tool to assess and build soft skills using serious gaming. Their Executive Director, Jill Halyk, had a number of conversations with Scott Nicholson, Director of the Game Design and Development Program decided to move forward with the gaming concept, hoping to work towards a digital game.

As for if the game is actually being used, Hofbauer shared that, “We do have a couple of organizations in the community who are using this game. They have given great feedback on how they have modified the game to accommodate anxiety issues as well as having fewer than 4 players. We have also had some great discussions with organizations who are considering using the game to develop skills within their own staff.”

“All of this input has led to conversations about facilitator resources, and we are looking at gathering more feedback to help us move to that digital version. We have started to have a lot of inquiries about the game from outside of the Brantford area and are excited about taking it to other communities and getting their input.”

As for the future of the SUSPECT, Hofbauer explained that a digital version of the game is the end goal. She thought it was important to note that the tabletop version has the advantages of teamwork and communication, which are difficult to recreate in a digital setting. Both versions will have their benefits. The next step for the project will be to create expansion packs.