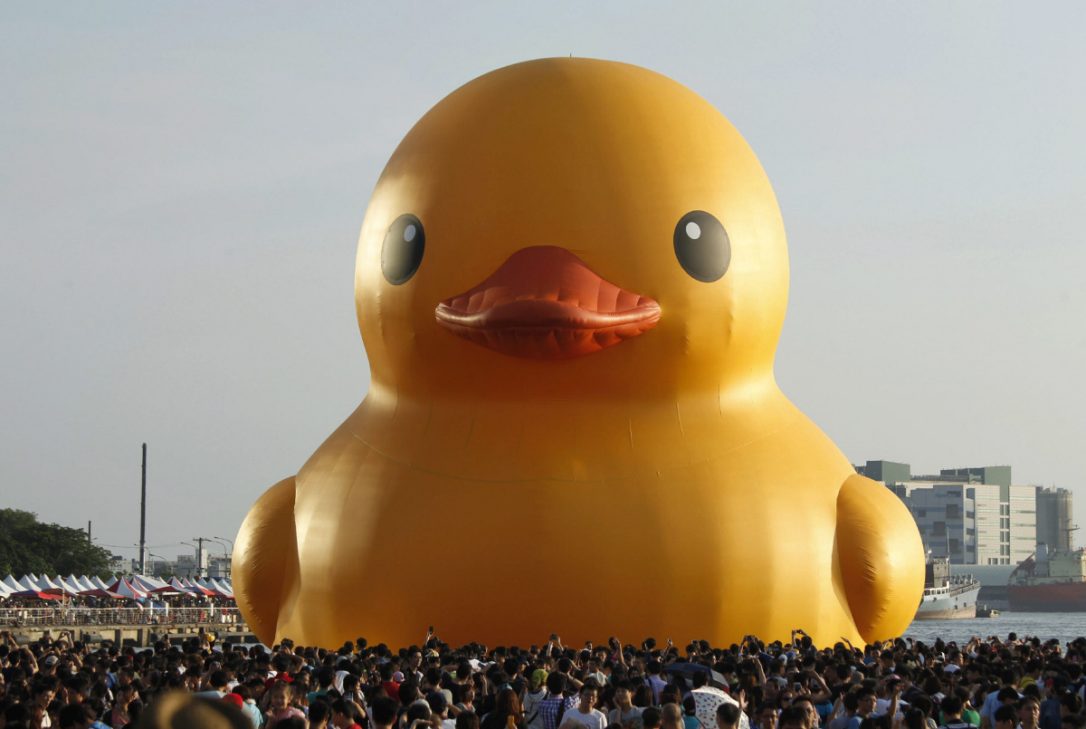 From July 1 to 3 a controversial sculpture of a rubber duck was on display in Toronto for the Redpath Waterfront Festival.

The sculpture was created by Florentijn Hofman, a Dutch public artist that works around the world. According to the Toronto Star, the rubber duck sculpture is six stories high, and weighs over 13 tonnes. The sculpture reportedly cost the province of Ontario $120,000 to rent from July to August, which has resulted in some controversy surrounding the attraction.

Conservative MPP Rick Nicholls released a statement saying “As the PC Critic for Tourism, Culture, and Sport, I am not against people enjoying Canada Day festivals and festivities, but what I do object to is the government funding a giant rubber duck that has no connection to Ontario or Canada 150”.

In addition to this criticism, Christine Van Geyn, director of the Canadian Taxpayers Federation, said that “spending so much money on a tourist attraction was useless because people would come to the harbourfront anyway.”

On the other side of the spectrum however, many people really enjoyed having the sculpture in Toronto. Victoria Syme,  co-producer of the Redpath Waterfront Festival explained “We thought we needed something on the water to make a big spectacle. It brings tourism, it’s known globally, it’s great with kids and adults.”

The festival also considered a giant inflatable loon, but decided against the idea after realizing it would cost a lot more and to build and store than the rubber duck. The director of operations at Amsterdam BrewHouse told the Toronto Star, “It was definitely the busiest Canada Day long weekend we’d ever seen. Everyone was coming down to see the duck, so it’s a 1-0 for the duck I think.”