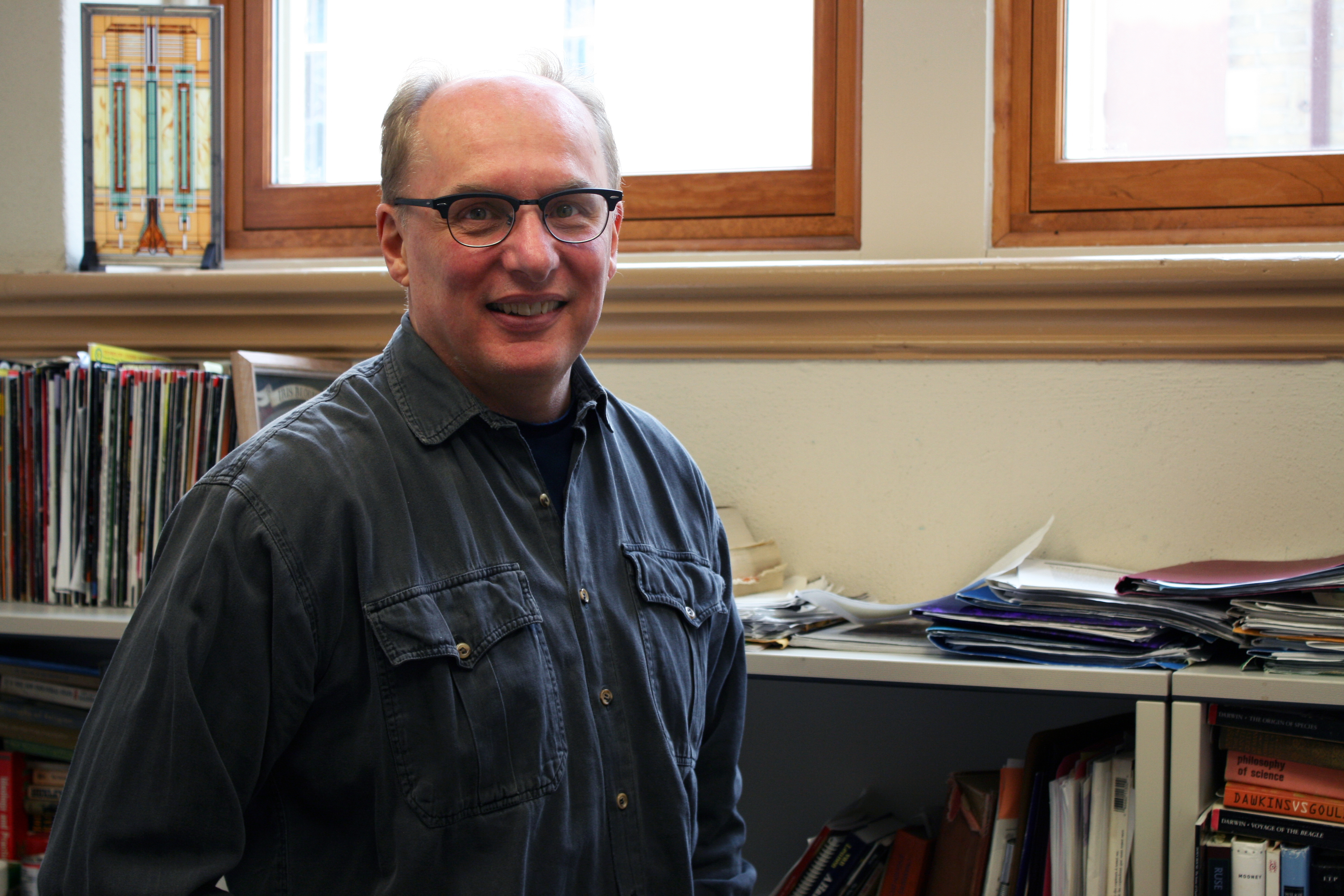 As first and foremost Stephen Haller is a scientist.

Haller devotes much of his time to the discipline. Although Haller may be devoted to his scientific discipline, he still finds the time to take up his extra-curricular hobbies. This is the life of  a scientist and philosopher who also is a musician and hobbyist.

“I was always interested in science; when I was young, my father was a chemist, and all my heroes were scientists,” Haller says.

Haller’s journey began in Ottawa where he earned his Bachelor of Science in chemistry and geology at Carleton University. After his four years of undergraduate education, he joined the labour force, working in the field that he studied at Carleton for five years. During his time working as a geologist and chemist, something new enlightened Haller – that something was philosophy.

Haller describes his preliminary interest in the subject matter, “I started to read philosophy; just came across it by accident.” But it was a specific book that Haller read that really sparked his interest in philosophy.

“I read a famous book called the Structure of Scientific Revolutions, by Thomas Kuhn. That changed my life and undermined my belief in the ability of science to give truth. I really had to go study that question,” says Haller.

Reading Kuhn’s work had a profound effect on him as he chose to leave his job working for the Canadian government to study philosophy at Dalhousie University. The road didn’t end there either. Haller earned his doctorate at a Guelph-McMaster program, opening up doors to the world of teaching at the post-secondary level.

Having carried out his PhD program under the supervision of Michael Ruse, considered one of the most prominent evolution theorists in the modern era, Haller narrowed much of his academic focus on natural evolution.

This is where he stands today, teaching full-time at Laurier Brantford in the Contemporary Studies program after years of teaching elsewhere, including his alma mater, Dalhousie University while he was a graduate student there. Haller’s tenure in Brantford started back in 2000 when the campus held a student body of a mere 35 students. What enticed Haller most about joining the faculty at Laurier’s satellite campus was the opportunity to teach in an interdisciplinary style, between science and philosophy.

“I was really excited by the idea of interdisciplinary research and it would allow me to teach the kind of courses that I’m really interested in, in a sense of science and the interdisciplinary nature of it; how it’s political, philosophical, and historical,” Haller explains, “I liked that idea a lot.”

As an associate professor in the Contemporary Studies program, Haller teaches foundational courses that frequently deal with scientific topics with a philosophical spin on them. Some courses he instructs at the university include Foundations of Scientific Reasoning, Science and its Critics, as well as other philosophical courses such as the History of Modern Science.

While Haller’s life is heavily devoted and immersed in the world of science he still manages to pursue his hobbies, one of which is playing music. His instrument is the fiddle, perfectly suited to the genre he plays, usually being a form of Irish, English or Quebecois style. Haller describes these styles as “very unique styles that have to be played in different places with different people.”

He recalls how he got into the hobby, dating back to his time as a student at Dalhousie.

“It’s really true, the cliché about Nova Scotia, that they all play an instrument; they all learn something in grade school, or high school, and you go to parties, they pull it all out in the kitchen,” says Haller.

Haller enjoyed the music environment of Nova Scotia and began to learn to play.

“That’s when I got excited, and at the time Nova Scotia had free music instruction for adults. So I picked up a fiddle, and took lessons, and started from then,” says Haller.

Haller’s fiddle takes him playing all over different parts of Southern Ontario where he’s played in Elora, Hamilton and on a regular basis, Cambridge.

The two parts of Stephen’s life may never directly cross, but they have certainly rounded him as a person. For now, Haller continues to instruct students in the Contemporary Studies discipline, while playing his fiddle on the side, but not on a roof.