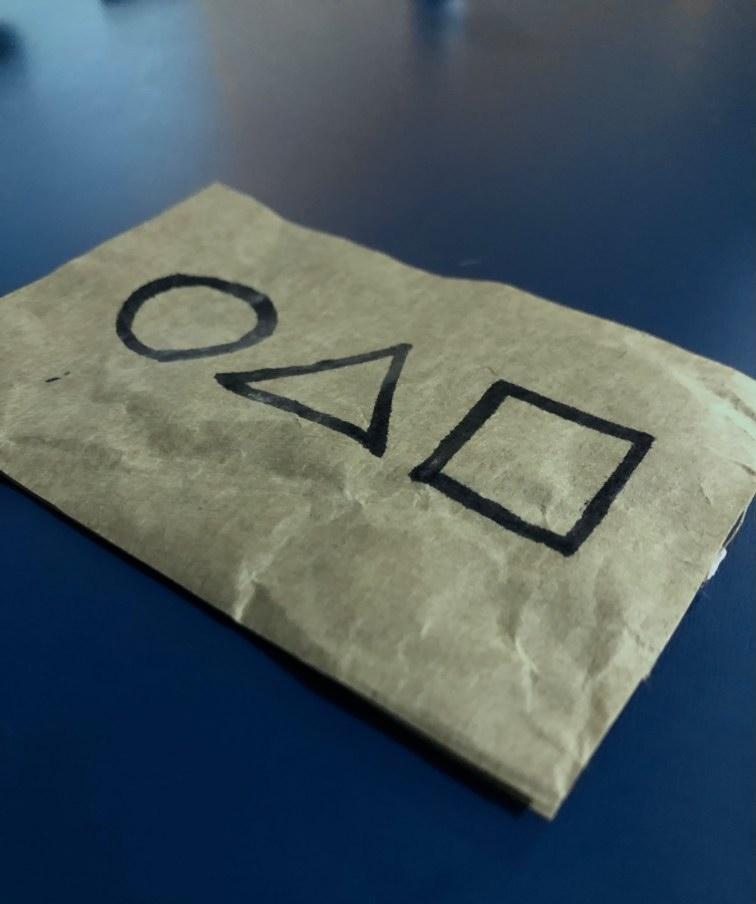 Just in case you haven’t heard enough Squid Game discourse these past few weeks, I’m here to provide another opinion that only my editors asked for.

If you have not watched the entirety of the show and do not want to have any of it spoiled for you: I would recommend that you stop reading this article now.

Okay, now that all the people who are apparently immune to extreme levels of peer pressure are gone, time to get to business. Squid Game is strikingly a culturally relevant television show that simply could not have hit our screens at a better time.

The show’s creator Hwang Dong-hyuk captures lightning in a bottle with a simultaneously mesmerising and terrifying set design, combined with a disturbing premise perfectly executed by its writers and actors. It’s currently Netflix’s biggest hit worldwide. However, the series is an upsetting reflection of our society as we know it, and is thus one of the most important fictional commentaries in recent memory.

When I talk about Squid Game to my family and friends who have not yet seen the series, I describe it as The Hunger Games meets Black Mirror.

Yet, what separates this story from the others in this same vein is the deliberate choice the players of the game actually make in order to participate. Well, rather, the players have the illusion of choice.

A common take that I’ve been seeing on Twitter is that since each of the game’s players made a conscious choice to play the game and then most of them decided to come back after being given the opportunity to leave, they cannot pretend that some great injustice was done against them inside the walls of the game. It is my opinion that anyone who harbours that viewpoint literally missed the entire point of the show.

Squid Game’s second episode, aptly entitled “Hell”, follows many of the show’s most prominent characters as they are sent back to the outside world to face their families and loan sharks. Almost every player decides that they would be better off going back to play the rest of the game because they have no chance at survival outside anyways.

That is the fundamental disturbing message behind the show: participating in the Game is a horrific nightmare, but the players legitimately have more of a chance at success playing the Game than they have out in the equally (or more so) unforgiving world.

Also – unlike the Hunger Games – the setting of Squid Game unmistakably takes place in the familiar modern-day world. The dread you feel watching it lies in the believability that something like this is not far off from something that could exist in our society. The series’ characters are people who are experiencing the pitfalls of present-day capitalism in one way or another.

Adding insult to injury is the fact that these characters are not fundamentally bad people. Well, at least not all of them. Most of the game’s players were simply either victims of circumstance, or born and later forced into a life that could lead almost nowhere but extreme financial desperation.

Take Sae-byeok (player 097), for example, whose family tried to escape North Korea in hopes of a better life. She gets to the politically and economically free South Korea just to find that a miserable life awaits her and her little brother there too; it’s just a different shade of misery.

Then there is our main man, Seong Gi-hun (player 456), who consistently proves that he is fundamentally a good person who is far less comfortable playing dirty in the way that his childhood friend, Sang-woo (player 218), is prepared to do time and time again.

The Game presents the same question that looms in real life: who is more deserving of wealth? Those with a strong moral centre or those who are willing to do whatever it takes to get to the top?

Moreover, I paid very close attention to this show and the fact that I can far better identify these characters by their numbers rather than their names was most definitely a deliberate addition to the already disturbing series. Players are nothing more than numbers to those who are orchestrating and gambling on the game. I’m not sure I even need to point out the obvious parallels to our current world, in which we are all mere numbers to those at the top.

Another emphasized point of the game lies in the illusion of absolute equality among its players. Soldiers and players alike are killed for tampering with the game’s supreme law of equality. An interesting proposition in theory, but as we come to find out, this is not actually how it plays out.

The old man who we know as Player 001, or Il-nam, turns out to be the game’s creator and has orchestrated each of these events since the 1980s purely for the entertainment value it provides to him and his rich friends. However, he now has a brain tumor and wants to have some more fun, so he decides to participate in the games.

The thing is though, this guy didn’t really play the Game. He never had to experience the desperation that drove the rest of the players there. Nor did he experience the fear they all shared every time they played a game where losing meant being brutally killed.

It is here that Squid Game makes yet another commentary on society: no matter what the “game” is, the rules are vastly different for the rich. Things that require serious deliberation and evoke extreme anxiety among the poor are simply non-issues for those with lots of money.

The huge disparities between rich and poor are further demonstrated by the fact that our main man Gi-hun suffers from a gambling addiction that leaves his mother unable to afford diabetes treatment and leaves him with no choice but to play the game so as not to be killed by his loan sharks. However, each of the VIPs who bet on the Game’s players evidently love to gamble millions of dollars away betting on which players will win the whole game. The parallel made in the show’s finale between Gi-hun betting on horses and the VIPs betting on humans is chilling.

This ultimately draws our attention to the fact that while one might be able to blame Gi-hun for the destruction caused by his gambling, this simply would not be the case if he was wealthy like the VIPs.

And how about the games themselves? The first game, Red Light, Green Light disarms its viewers in its brutal display of mass murder of the players. Each of the next five games follow a similar theme: childhood games with a deadly consolation prize. The juxtaposition of these fun games we used to play as kids with the merciless threat of death looming if the player loses is eerie beyond description.

Beyond eerie, these children’s games also reflect the often entirely arbitrary nature of how people end up either as “winners” or “losers” in life. In Squid Game, financial stability is won by becoming the victor of a series of children’s games. Is the wild financial success demonstrated in the Game any more random or lucky than it is in our actual world? In almost all cases, the answer is no.

Furthermore, when a victor does eventually emerge, they are gifted with more cash than they know what to do with. A sole winner takes home more money than they could possibly ever need, while hundreds of losers die without a second thought.

There is no compromise. There is no way for any of the players to simply split the prize money and go about paying off their debts and try to start a new life with a clean slate. One can only win by completely destroying all of their competition.

Are we feeling good about how our real world works yet?

The entire global population may have watched this Netflix series, but were we listening? Walmart is still selling Squid Game merch by the thousands (this seems to be the 2021 equivalent of wearing a $25 T-shirt with Kurt Cobain’s face on it). South Korean auto manufacturer Hyundai still tweeted an ill-advised Squid Game meme, despite the series’ main character experiencing traumatic flashbacks to police brutality as a response to him and his coworkers striking against their employer (an auto manufacturer), after mass lay-offs of its loyal staff (this actually happened in South Korea a little over a decade ago). It seems that the message may have gotten lost in translation, but, oh well, what are you going to do?

The show’s ending – supremely unsatisfying – paints a bleak, hopeless picture that really turns us into cynics if we weren’t by that point in the show already. Squid Game begs us to pay attention to the fact that this is not just where we’re headed, it’s where we are already.