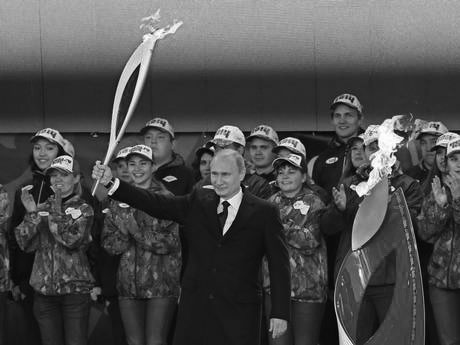 After much international criticism from rights groups, Bach again confronted the issue of anti-gay laws at the Olympic flame lighting ceremony on Sept. 29, at Ancient Olympia in Greece.

“We have the assurances of the highest authorities in Russia, and yesterday I spoke with the Russian delegation here in Olympia again and they reassured us that the Olympic Charter will fully apply for all the participants of the games.”

The issue of gay-rights has been a constant worry for both athletes and spectators planning to attend the Russian Olympics.

The Games have drawn controversy over the treatment of gays in Russia as well as a recent law banning homosexual propaganda directed towards minors. Reportedly, the International Olympic Committee has warned athletes not to make a public issue out of this during the games.

On Oct. 5, the Olympic flame was handed to the organizers of the Sochi Winter games at the official torch lighting ceremony in Athens.

In a short speech before the flame was handed to the organizers, Russian Deputy Prime Minister Dmitry Kozak spoke about the tough roads behind them and ahead. According to Kozak, organizers for the Sochi games had taken on “the biggest investment project in the history of the Olympic Games.”

The Sochi Olympics are projected to be the most expensive to date. Spending on infrastructure alone is projected at $50 billion [CAD], a large stretch from the $12 billion estimate when the city won the bid in 2007.

“We will fulfill all the engagement we have undertaken to the Olympic movement,” Kozak added after his speech.