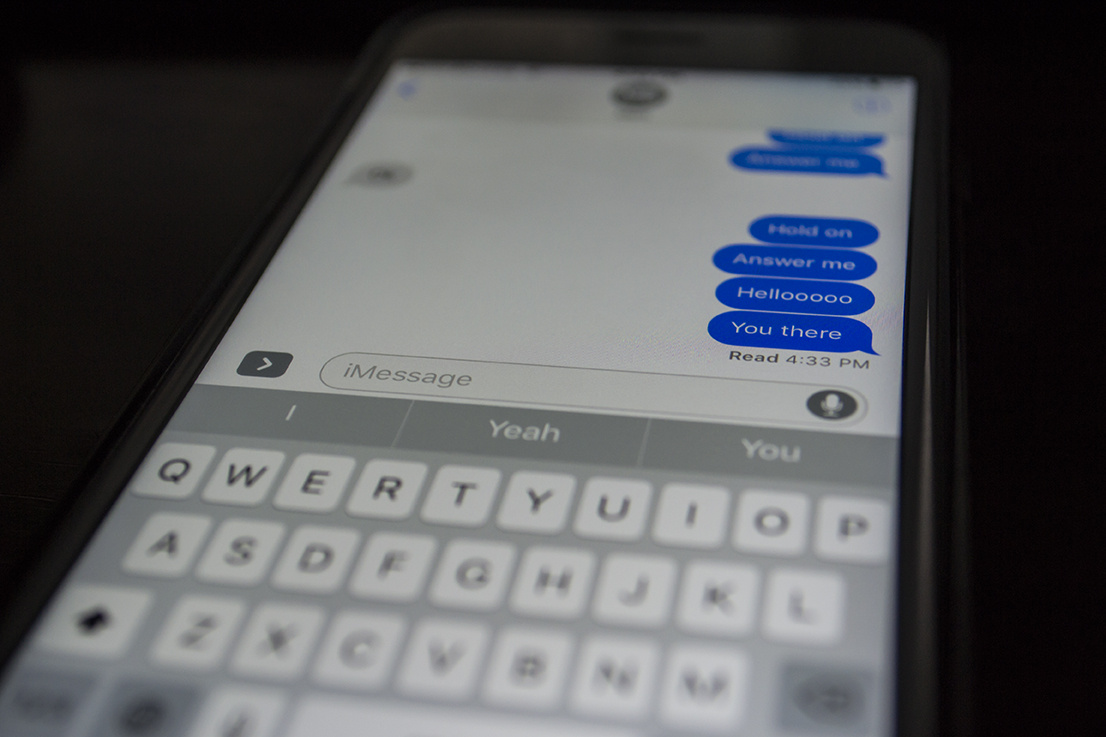 If you’re settling down for the night by yourself, chances are pretty high that you are going to be on your phone.

We all get lonely, right? It’s something we try to hide for fear of being needy or bothersome, but thank the lord we have smartphones! At least, that is if you are one of the 73 per cent of Canadians that the Canadian Radio-television and Telecommunications Commission reported to have owned one in 2016.

This magical device delivers dopamine instantly, allowing us to connect to other lonely people online via Facebook, Snapchat, Instagram or plain old text message. It’s a game changer really, because the people we are dying to talk to are literally at our fingertips. It’s rather precarious, but still a game changer nonetheless.

I can imagine a lot of us placed in the following scenario: you are chilling out at home messaging your crush to no avail and you inevitably end up on your social media platform of choice, checking out your news feed to kill some boredom.

This is probably already starting to sound familiar – unless of course you don’t belong to the group of 14 million plus Canadians that log onto social media daily – as reported by the Globe and Mail.

When you scroll through your feed however, you are faced with this realization: while your friend wasn’t responding to you, they liked three Shrek memes, commented “hahaha awe” on a picture of a monkey riding a dog, and updated their Snapchat story two times during a trip to McDonalds.

Some people might be ashamed to admit it, but it’s something that we all have to be aware of, at least to some degree.

You are definitely not insane for jumping to conclusions. Being ignored brings out the negative side in a lot of people, and while it may be easy to tell off your match on Tinder when they never hit you with a response, it becomes complicated when that person is in your social circle; even more so when that person is your boo.

Tyler Rideout (no relation), a fourth-year History student, expressed the type of sentiment that is likely shared by a silent majority.

“I know exactly what you mean,” he related to my own personal experience. “I felt like I was crazy because [my girlfriend] wouldn’t answer me […] and then I’d see she was liking pictures on Instagram or something.”

We both can’t help but laugh at how insignificant it sounds, but for a lot of us this statement is too real. It is the type of conclusion that we are ashamed to jump to, for fear of sounding crazy, paranoid or most dreadfully… clingy.

But we are all thinking it; let’s be honest, we need to start talking about it.

Instead of that, we’ve been forced to play this game of passive-aggressive phone tag where we set rules on things like how long we should wait to talk to someone or when it’s appropriate to send a ‘double text’.

Social media and modern communications together have added new dimensions to dating that we are all apparently just too scared to talk about with each other.

It’s not all about playing phone tag and ghosting one another either. There is a whole other facet of the story relating to how relationships are presented online.

“My most recent ex really didn’t take many pictures with me or of me […] if you went through her Instagram you’d hardly know I was there at all, but she was definitely present on mine,” Rideout admitted.

“I loved her and I wanted to show it off,” he continued, “It certainly created a strain on our relationship because I wondered who she was hiding me from,” but that is a topic worthy of its own discussion, research and analysis.

In summary, there is no need to be shy or stay silent in these types of situations. If you have a question for somebody, or you want to talk to them, just talk to them. You shouldn’t be with someone if you don’t feel comfortable hitting them up whenever.

At the end of the day, just remember that we are all subject to the same anxious feelings that social media can invoke, so don’t be afraid to open up.

You might be surprised how many people are feeling the exact same way as you. In that sense, you really are never alone.