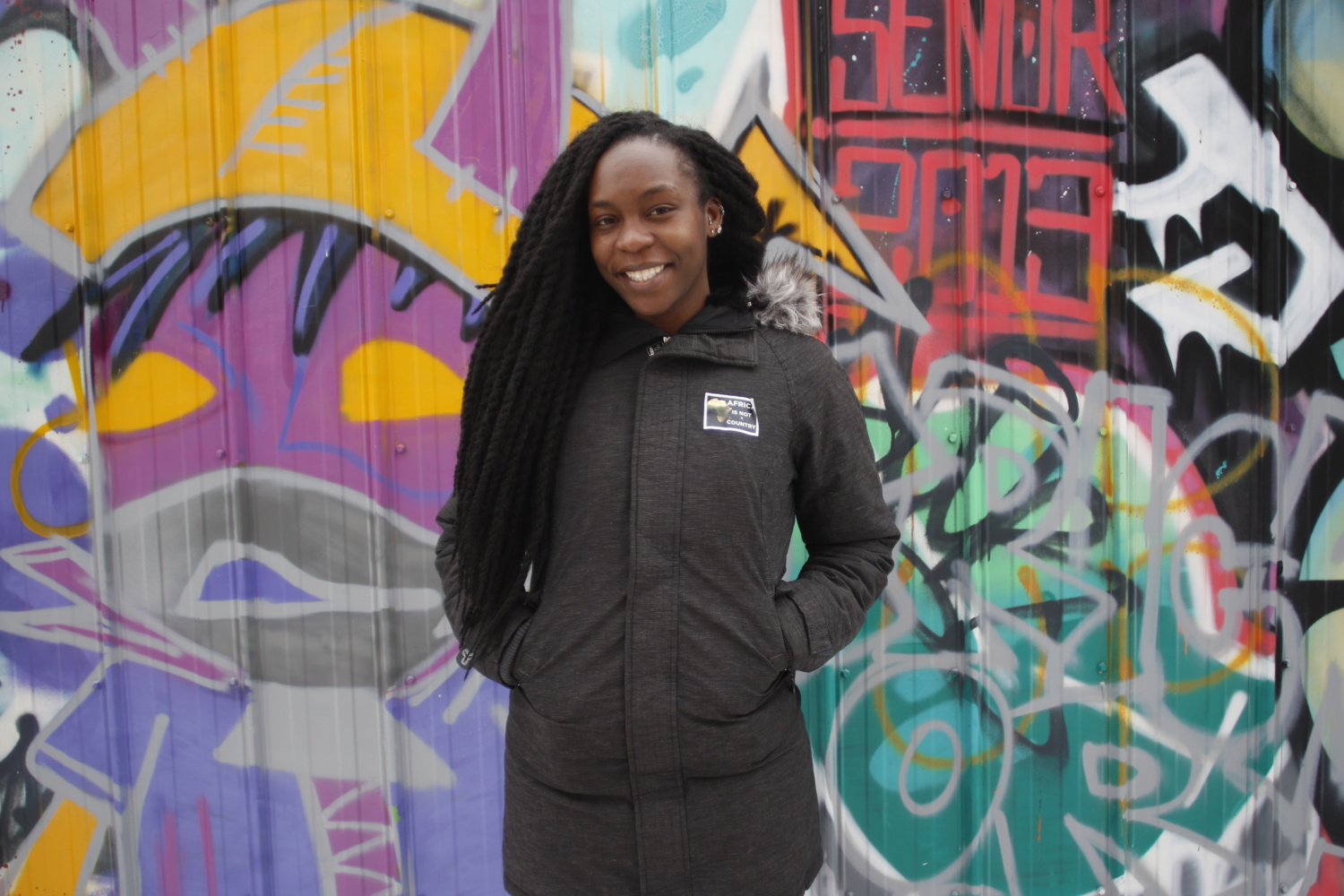 The fallacy of racism not existing in Canada is alive and well. Sharyne Williams, a criminology and human rights student at Laurier Brantford, can provide enough proof to show it. Williams detailed her racist encounter in Brantford on Thursday night.

“I was studying at my friend’s house. They live on Market Street. I was walking straight down Market and at the corner of Victoria Park [Wellington and Market Street] I was crossing, and there was a green car coming up the street that slowed down to turn. [A group of white males] just started screaming the N-word at me, like really scream it at me,” said Williams. “At first, I was taken aback and then just thought about getting back home because I didn’t live too far from there.”

“I kept walking and then they slowed down at the next corner, and I thought they were going to turn around. That’s when I was like ‘something might happen’ but they just kept going straight, thank God. I was by myself at 1:30 a.m., and the streets were completely empty. It was just me and the group of guys in the car.”

“I was pretty upset and angry at first. I wasn’t shocked that it happened. I was just kind of taken aback and angry that this still happens. It got me thinking about greater things that happen to Black people in general, here and in the States and everywhere else. It was just a very angry moment. I was messaging my friends and they calmed me down and stuff. As a Black person it was just very hard,” said Williams.

Sharyne’s racist encounter isn’t abnormal. A lot of Canadians have experienced similar scenarios. During episode two of the Globe and Mail’s podcast series Colour Code Calgary Mayor, Naheed Nenshi spoke about his experience as a coloured person in a high profile position, along with how coloured people in Canada deal with racism. Naheed is the first North American Muslim mayor, and has a lot to say about racial discrimination.

“There are two ways of thinking about it. One is that it’s enormous trauma. The other is that is toughens you up. I think the answer is really neither of those things. That is just reality. It’s not something you can deny. There are racists in the world and at some point, you learn to navigate in that world,” said Nenshi.

Williams spoke about the idea of Canada being a racism-free country, and how many believe that racism only takes places in the U.S.

“I think that is completely ridiculous. Racism exists everywhere in many different forms. I understand where people are seeing it from, but it’s just not true at all. There are so many incidents that happen in Canada. Just because it’s not plastered on the news doesn’t mean it doesn’t exist.”

“We’re just so overcome by America’s news. We basically get all of their news. They feed it to us, and it’s just a complete mask of what actually happens here in Canada. People are completely blinded by it because they’re paying so much attention to what is happening in the States,” explained Williams.

“It depends on the person and what they need to work on. Racism comes in many forms. A lot of people don’t even realize when they are being racist. Even the simple question of ‘where are you from?’ is kind of racist in a sense. You’re basically just telling me I’m not from here because I look different. You don’t ask me what my ethnicity is or what my background is.”

“It’s essentially alienating the person and being like ‘you’re not from here so where are you from?’ Racism isn’t always blunt in your face,” said Williams. “It’s not always just someone screaming the N-word at you or saying slurs towards your culture. It could just be microaggressions. I think people really need to understand that.”

Racism is a touchy subject that can be challenged in many ways. Williams gives her opinion on how she feels it can be tackled.

“The best way to fight racism is through education. I validate the anger but I don’t validate violence when dealing with racism. It kind of just validates people’s ideas of the black community being violent and uneducated. I feel like educating your community, friends, family and acquaintances is the best way to deal with racism. Also, sticking together and finding people that support you and that help you with situations such as mine,” said Williams.

Williams’ story is one we can all learn from, and one that will hopefully wake people up to the issue of racial discrimination in Canada.