Seeing the sexy in fitness 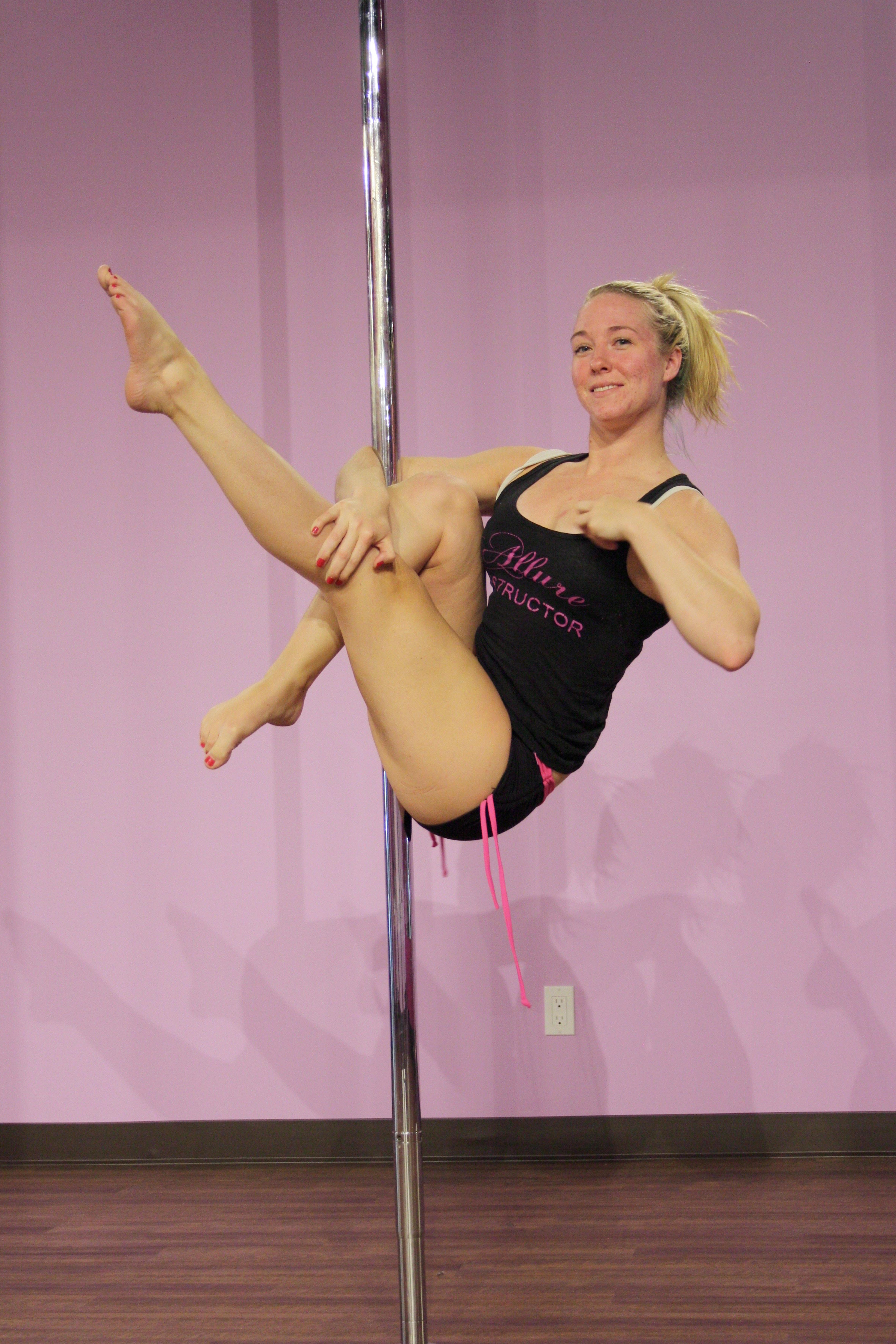 Pulling into the parking lot I can tell I have the right place, as a lady in hot pink above lures my attention to the sign titled “Allure Fitness Inc.”

This is not the first time this hot pink logo has attracted some media attention. Within hours of putting up the very first Allure Fitness sign in 2009 at the Westdale Hamilton location, owner Michelle Kriedemann received notice from her landlord that the hot pink lady had to vacate the premises.

That first week brought in about 500 signatures on a petition to keep the logo, along with much debate throughout a media frenzy. Two years later, this hot pink lady not only continued to strike a pose on their Hamilton sign, but she made her way on to the side of a Hamilton Street Railway (HSR) bus advertisement. In this case, HSR officials requested a breast reduction on the logo, as well as changing the word sexy in the advertisement, to healthy. But there was no stopping this sassy hot pink lady – she kept her busty silhouette and in July of last year, perched it up above an additional location on Easton Road in Brantford.

As I approached this captivating sign, I failed to notice that the front door had a pull down cover over top of it. Instead I walked right on past to the neighbouring company, quickly realizing this was not the entrance I was looking for. A gentleman at the front desk rolled around in his office chair to ask politely if he could help me with something.

“I’m trying to find the entrance for Allure Fitness, do you know if the door is on the other side of the building?”

Following an over exaggerated roll of his eyes, he snapped, “If the door isn’t open, they aren’t open.”

“Oh okay, sorry to bother you. Have a great day.”

With no response I turned around a little confused, and made my way back to the hot pink lady. I then noticed the door cover and waited in my car until it opened up.

What an odd reaction, I thought to myself.

Once the door cover flew up, I found myself greeted with a smile.

Studio manager Lauren Penny was thrilled to talk about Allure Fitness. It was easy to tell she had been a cheer leader in previous years, as her bubbly personality was infectious. Once Penny began to grow out of cheer leading, she left Power Cheer Toronto and found herself attending a pole dancing class for the same reason: she does not like going to the gym. Cheer leading for her was a fun way to exercise, and after searching online for a new fun fitness challenge she fell upon the idea of pole dancing. A friend just so happened to instruct at Allure Fitness and asked Penny to join her class, and within one class she fell in love. After two 90 day Get Fit Challenges, Penny landed an instructing job at Allure Fitness and now currently works as Kriedemann’s second brain for both the Hamilton and Brantford locations.

But Penny does admit there are some negative stigmas that come with the job. It is quite common that students ask Penny if she is or has been a stripper or exotic dancer. Penny does not mind the questions too much, and she just explains that is not what these instructors are here for; they do this for the fitness and fun. However, the students can take what they are taught and use it however they please.

Kriedemann on the other hand, has heard some comments that she felt were offensive to their practice. “There are people that won’t even walk in the door. There are people that call me and ask ‘are you going to teach me how to take my clothes off? Am I going to need to go work in a strip club when I’m done there?’ And to me it just boggles my mind that that is even a thing.”

Imagining these questions being directed to the seemingly shy, reserved woman in front of me was difficult to picture.

Just as Penny, Kriedemann too found her love in pole dancing because she hated going to the gym. But as she explains, it is very hard for some people to understand that pole dancing is just an alternative form of fitness. In fact, most of the women that attend the pole dancing classes are either students or mothers, just looking for a fun workout.

“Pole dancing is pole dancing. You can take it into whatever avenue you want to. So if you would like to take this to a club or to dance exotically, whatever. You want to make this your workout where you come here a few times a week and workout on the pole, than that’s another thing, and if you want to take this as just time for yourself, whatever. So you can take whatever we teach you and interpret it however you would like.”

There is no judgment at Allure Fitness, only from the outside, and Kriedemann sees the judgement as a result of a lack of education on the practice.

Despite the exterior negative connotations, both Kriedemann and Penny have received nothing but positive feedback from their students these past six years. All Allure Fitness instructors have been given a thorough in-house certification training. This training involves observing, assisted teaching, and testing in both practical and written form. It is designed so the instructors are not only able to perform and teach the moves, but also correct and recognize what may be causing the student difficulties. Kriedemann ensures their students are in good hands, focussing on safety, posture and alignment during moves.

Both girls agree that their favourite part of their job is to watch the transformations. Pole dancing and burlesque classes at Allure Fitness provide transformation in your health, physical appearance, and confidence. And this outcome can be seen at the Brantford studio’s upcoming fall showcase on Friday, September 18th. Students and instructors will show off what they have learnt and games and prizes will spice up the evening even more. Tickets are $10, and can be purchased at the Brantford studio.