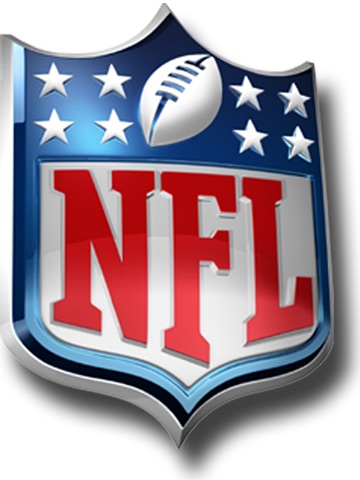 The 2015 NFL season will begin on September 10th, and as usual, many teams have a chance to hoist the Super Bowl.

The usual contenders will be back from last season as the Patriots, Colts, and Broncos will be competing to win the AFC. In the NFC, the Seahawks and Packers figure to be two of the top teams.

The defending champion New England Patriots received good news when a judge overruled Tom Brady’s four game suspension. The team still has to worry about losing some key players from last year’s team, however. They lost arguably the best corner in football, Darrelle Revis, to their division rivals the New Your Jets. Their other starting cornerback Brandon Browner, along with veteran Vince Wilfork, also signed with other teams. The offence did make some additions with TE Scott Chandler signing to back up Rob Gronkowski. The patriots, along with Green Bay, have made the playoffs six consecutive seasons thanks to the combination of Brady and Head Coach Bill Belichick, which is why they will most likely reach the playoffs again.

The Indianapolis Colts will be looking for revenge after losing in the AFC championship game to the Patriots 45-7 last season. They added WR Andre Johnson and RB Frank Gore to give quarterback Andrew Luck more options. The team also drafted speedster Phillip Dorsett to add another option for Luck to throw to. Already boasting one of the best offences last season with Luck and receivers TY Hilton, Dwayne Allen and Cody Fleener, the Colt’s new additions should give them a good chance to have the best offense in football. The defence should be improved with new linebacker Trent Cole and star cornerback Vontae Davis. The colts should be ready to challenge for a Super Bowl this season.

The Denver Broncos are another strong contender in the AFC this year, and they will be hoping a healthy Peyton Manning can guide them to a Super Bowl. After Manning injured his quadriceps late last season, he struggled down the stretch and the Broncos lost to the Colts in the playoffs. Although Wes Welker retired and Julius Thomas left as a free agent, the Broncos still have multiple weapons with Demaryius Thomas, Emmanuel Sanders, Owen Daniels and a solid group of running backs who can help carry the load to preserve Manning from breaking down this year. The defence has star pass rushers in Von Miller and DeMarcus Ware, along with a strong secondary comprised of Aqib Talib, Chris Harris Jr. and T.J. Ward. The Broncos biggest weakness is an offensive line that is replacing four of the five starters from last season.

Over in the NFC, the two time defending conference-champion Seattle Seahawks return their core from last season in which they lost the Super Bowl in the final minutes. Russell Wilson and Marshawn Lynch will lead the offence again. Trading for Jimmy Graham, one of the top Tight Ends in the NFL, along with drafting rookie Tyler Lockett could help the offence become one of the league’s elite. The defense is mostly intact, except for Cary Williams replacing Byron Maxwell as the second cornerback and Malcolm Smith leaving in free agency. With Richard Sherman, Earl Thomas and Kam Chancellor returning in the secondary along with linebackers Bruce Irvin and Bobby Wagner and lineman Michael Bennett, the Seahawks should have the best defence for the third straight season.

The main competition for best in the NFC will most likely come from the team the Seahawks beat in the conference-championship game last year – the Green Bay Packers. They are led by reigning MVP Aaron Rodgers, who will be missing star receiver Jordy Nelson after he tore his ACL in the preseason and will miss the season. The Packers still have Randall Cobb and running back Eddie Lacy who will help the offence remain elite. If Clay Matthews returns to being a pass rusher this season, the defence may improve, especially if rookie linebacker Jake Ryan can make a difference.

There are a few teams that could contend this year if they can improve in the right areas. The San Diego Chargers and Kansas City Chiefs may surprise Denver and win the AFC West. The Miami Dolphins and Buffalo Bills may compete for the AFC East if their off-season acquisitions make a difference. The Pittsburgh Steelers and Baltimore Ravens are always consistent contenders but appear to be missing a few pieces. In the NFC, the Arizona Cardinals or the St. Louis Rams may be able to win the West if things break just right. The Detroit Lions and Minnesota Vikings are young teams that may prove to be a challenge Packers, and the Philadelphia Eagles and Dallas Cowboys will most likely battle each other to win the East, possibly in the playoffs.