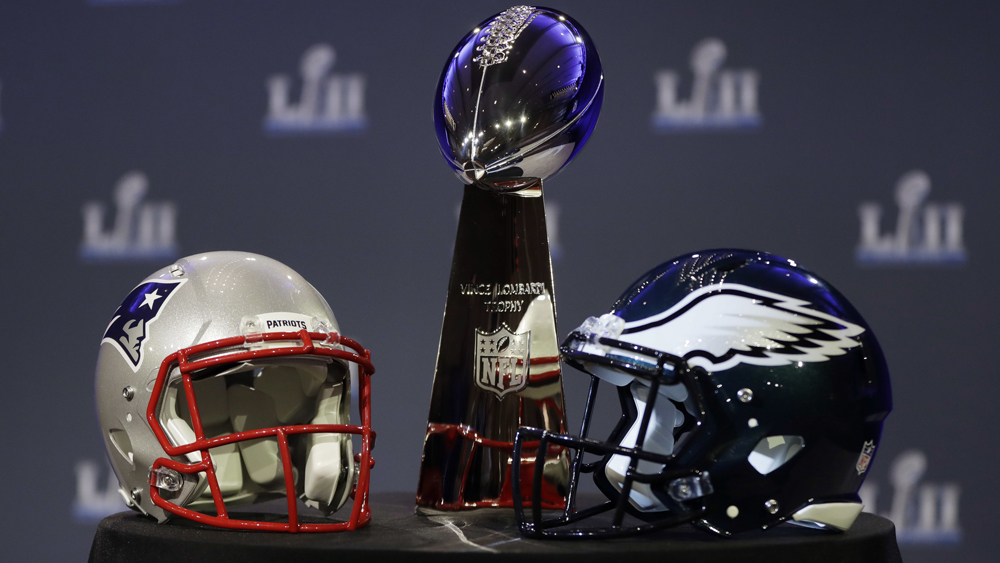 The 2017 National Football League (NFL) season is now over and the final game was a nail biter.

One of the leagues most successful teams and the favourites to win, the New England Patriots, faced the Philadelphia Eagles who looked to win the first ever Super Bowl.

The Super Bowl is always one of the most watched and biggest events every year in the US and once again it didn’t disappoint.

On average, 103.4 million people watched it in the US and it was estimated that it cost five million dollars for a 30 second commercial to air during the game.

Before the game started, singer-songwriter Pink sung a beautiful rendition of “The Star-Spangled Banner.” It was even more impressive after reports came out that she was suffering from flu like symptoms during her performance.

The game started with the Patriots winning the coin toss and electing to kick first. After both the Eagles and Patriots’ first drives resulted in field goals, the game was tied 3-3.

The first touchdown of the game came from the Eagles and only took three plays including a 34-yard touchdown pass from quarterback Nick Foles to Alshon Jeffery.

The first half was very back and forth with the eagles scoring another touchdown and then the Patriots retaliating with a field goal and then a turnover which led to a touchdown.

One of the most exciting parts of the game came with 38 seconds left in the first half when Philly had the ball and faced fourth and goal on the 1-yard line. As Foles stepped up to the running back position, Clement took a direct snap and pitched the ball to tight end Terry Burton who then threw the ball perfectly to Foles, who was wide open in the right side of the end zone. Foles caught the football, making him the first quarterback ever to catch a touchdown pass in a Super Bowl. The first half ended with the Eagles up 22-12.

Justin Timberlake headlined the 2018 Super Bowl Halftime Show. He preformed many of his hit songs, which included: “Filthy”, “Rock Your Body”, “Senorita”, “Sexyback”, “My Love”, “Cry Me A River”, “Suit & Tie”, “Until The End Of Time”, “Mirrors”, and “Can’t Stop This Feeling”.

The best part of the performance came when Justin Timberlake did a tribute to the Minneapolis-native, Prince. He sang a Prince song called “I Would Die 4 U” while a video of Prince performing the song played in the background, projected onto a large multi-story sheet.

An aerial shot showed downtown Minneapolis covered in purple lighting that morphed into Prince’s trademark. 106.8 million people in the United States watched the halftime show, which was more than the number of people who watched the game itself.

Sales of the songs Justin Timberlake performed during the show went up by 534% in the United States.

The Patriots started the second half with a touchdown; Rob Gronkowski catching five passes for 68 yards on the drive.

The second half was back and forth just like the first half with the Eagles scoring a touchdown, then the Patriots, and then the Eagles responding again with a field goal.

With the score at 32-26 for the Eagles, the Patriots took the lead for the first time of the game with a touchdown, making the score 33-32 Patriots. However the Eagles responded yet again and with 2:21 left they scored another touchdown.

At 1:05 the Eagles defensive end Brandon Graham stripped the ball from Brady and recovered the ball, which lead to a field goal for the Eagles, adding to their lead, 41-33.

Brady tried to make one last push and with nine seconds left on the 49-yard line threw a long pass up the field to the end zone but came up short and time ran out making the Philadelphia Eagles the Super Bowl LII champions.

This was an impressive win from the Eagles because not only were they facing the New England Patriots’ 5-time Super Bowl champion Tom Brady, but also because the Eagles were without their number one quarterback, Carson Wentz. Nick Foles was forced to take his place in week 14 after Wentz was hurt.

Foles completed 28 of 43 passes for 373 yards, 3 passing touchdowns and 1 interception, and was named Most Valuable Player of the Super Bowl.

It was a very exciting Super Bowl until the very end and set the record for most yards gained in an NFL game by both teams combined: 1,151.

The celebrations in Philadelphia went on all night as they won their first Super Bowl in franchise history. The parade was held on February 8th after a long wait for the fans of Philadelphia.