Honouring the life of sprinter of Donovan Bailey 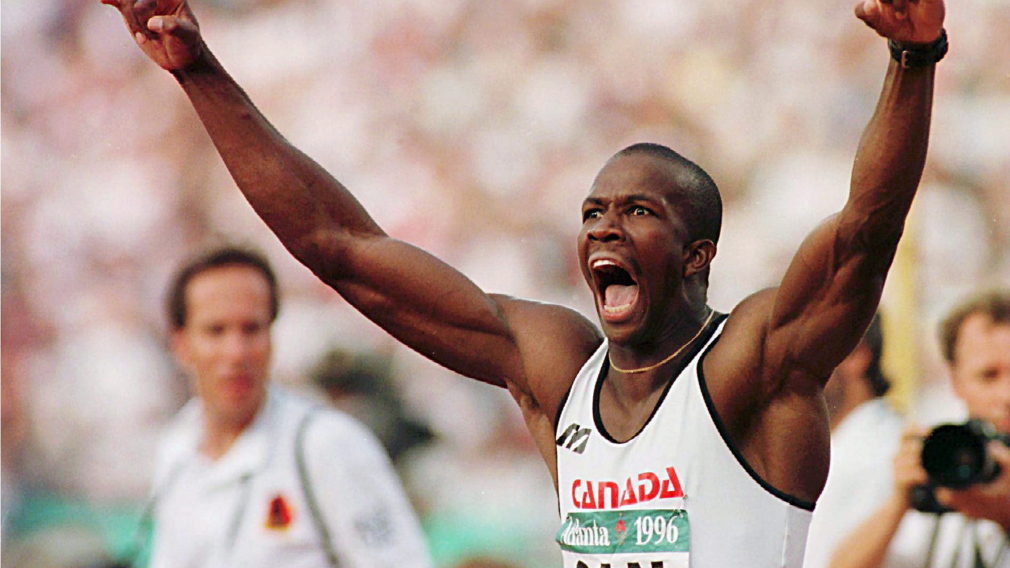 Donovan Anthony Bailey is a retired Canadian track and field sprinter. He was born on Dec. 16, 1967 in Manchester, Jamaica.

He always showed athletic skills from grade one, according to his teacher, Claris Lamber.

At age 12, Bailey immigrated to Canada with his father and older brother, O’Neil. They settled in Oakville, Ont. While he was attending Queen Elizabeth Park High School, Bailey won the Ontario Federation of School Athletic Associations (OFSAA) championship four times in boys’ long jump (1980, 1981, 1982 and 1984).

His passion was basketball, but the athlete also competed in football and 100m races. At age 16, he clocked 10.65 seconds in the men’s 100m.

Bailey then attended Sheridan College in Oakville and graduated from Business Administration.

He played basketball for the Sheridan Bruins during the 1986-87 school year.

When he left school, Bailey started working for an importing and exporting clothing company. He was a property and marketing consultant.

In 1990, the former high-school athlete was motivated to go back on the track by watching the Canadian Track & Field Championships. He realized that he had beaten some of the athlete that were competing when he was in high school. He then returned to part time competive sprinting.

His first success was in 1991 when he won the 60m race at the Ontario Indoor championship: a performance that allowed him to be chosen to represent Canada at the 1991 Pan American Games that were held in Havana, Cuba. He was part of the 4x100m men’s relay that brought a silver medal back home.

In 1992, the sprinter finished second at the men’s 100m race at the Canadian Track & Field Championships. The following year he won silver in the 200m and bronze in the 100m.

On April 22, 1995, the sprinter set the Bernie Moore Track Stadium record with a time of 9.99 seconds and set a Canadian record, 0.03 seconds faster than Bruny Surin’s time of 10.02 seconds.

On July 16, he beat his Canadian record time at the Canadian Track & Field Championships in Montreal with a time of 9.91 seconds.

At the 1995 World Championships, Bailey was the first Canadian to ever win gold. In the 100m men’s final he posted a time of 9.97 seconds. He also won a gold medal with the 4x100m Canadian team.

In 1996, the sprinter competed in the Olympic Summer Games in Athena. He won the 100m men’s final with a time of 9.84 which was a record at the time. He is still the Canadian record holder of the distance, tied with Surin. He won a second gold medal at the men’s 4x100m relay.

From 1997 to 2001, the sprinter continued his professional carrier but was forced to take breaks because of injuries. Bailey’s last race was the 2001 World Championships in Edmonton, where he didn’t qualify for the final because of a serious knee injury.