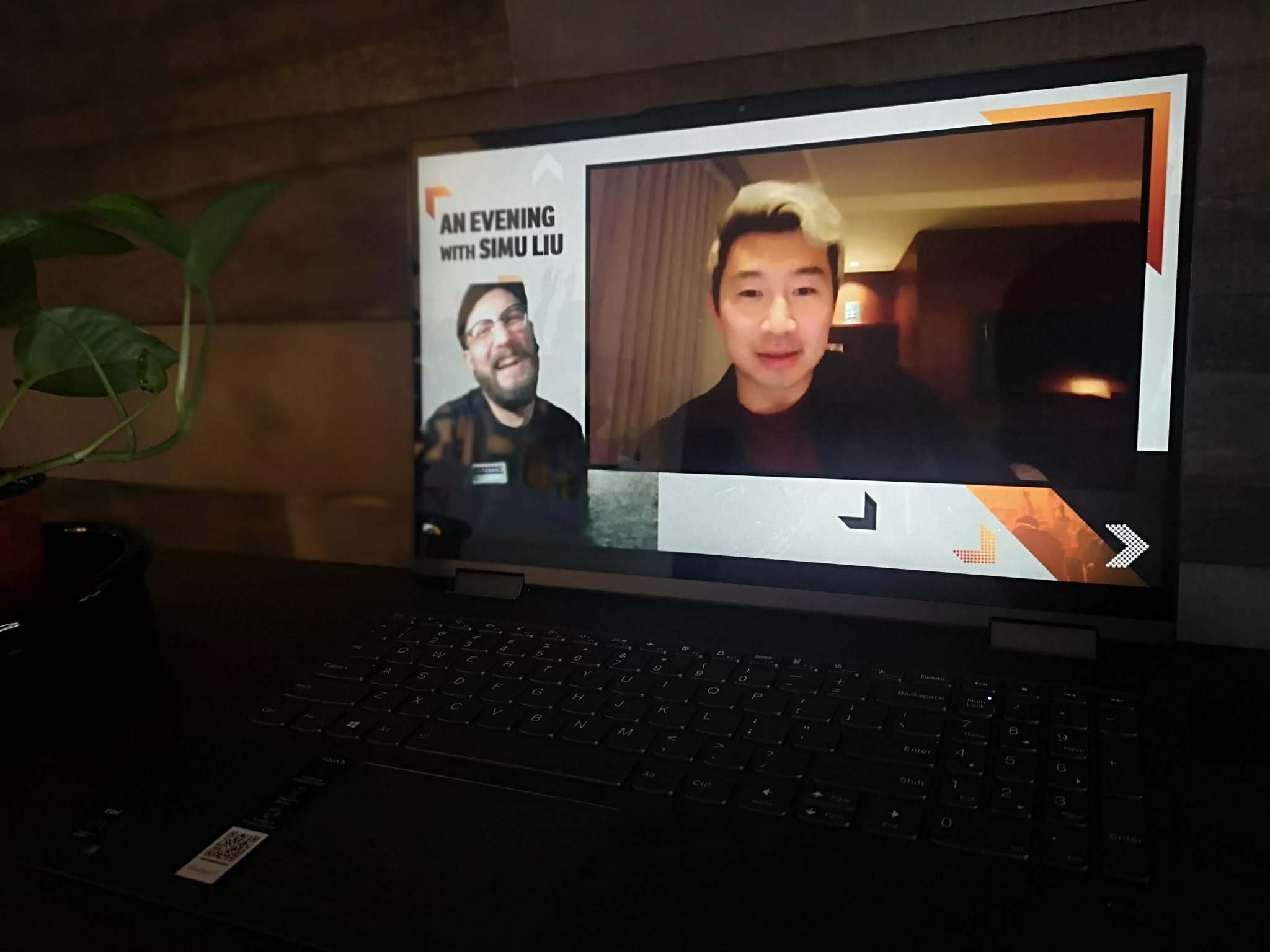 On Feb. 24, Shang-Chi and the Legend of the Ten Rings and Kim’s Convenience star Simu Liu spoke to post-secondary students across Ontario.

Liu immigrated from China to Canada at the age of five. He initially worked as an accountant, before being laid off and beginning his film career by looking for acting jobs on Craigslist – a method he does not recommend.

He spent much of his first years in the industry motivated to prove himself; however, he said that he now feels this was not a healthy mindset for him to have. Instead, he now focuses on doing the best he can for himself, and accepting that there are some things beyond his control.

“[It] forced me to work so much harder than I would have otherwise,” said Liu about entering the entertainment industry at 22 years old with no experience.

Regardless, his efforts paid off, as he went on to act in his most notable roles, Jung Kim in Kim’s Convenience, and Shang-Chi in Shang-Chi and the Legend of the Ten Rings.

“I cried hysterically,” said Liu on finding out he got the leading role in Shang-Chi and the Legend of the Ten Rings.

Liu said that he did not like his ethnicity growing up and cited a lack of Asian representation in the media as one of the reasons for this.

“Show business at that time was a lot more homogenous than it is now,” said Liu.

In many of his early acting jobs, he was cast in very stereotypical Asian roles, often having to put on a fake accent.

Liu said he now has parents, regardless of ethnicity, tell him how much of an impact he and Shang-Chi have had on their children. Seeing different kinds of people in idealized roles such as superheroes helps to show children that there is a spot for them in the world regardless of what they look like.

“It can be empowering for audience members from diverse backgrounds to identify with actors who reflect their own experiences, heritage and values,” said Dr. Sandra Annett, an Associate Professor of Film Studies at Wilfrid Laurier University’s Waterloo campus. “It can also be empowering for actors who get to use their voices to speak out against exclusions, prejudice and systemic racism.”

At the same time, Dr. Annett explains that it is important to see actors for their own skills and personalities, not just as representatives of their culture.

Marketability might be partly to blame for the lack of diversity in media for so long.

“It was thought that young white men went to films the most often and spent the most money,” said Dr. Annett.

Because of this, non-white and female leading actors were not thought have enough popularity to be able to make a movie as big of a success as a white male lead. Films such as Wonder Woman, Black Panther and Shang-Chi and the Legend of the Ten Rings have started to change this misconception in the superhero sphere.

In regard to his major success, Liu said that he sometimes feels as though he is being watched. Because anyone could recognize him at any time, he feels some pressure to act like a superhero in real life.

Despite this, he said he feels that having a good support structure has helped him deal with this adjustment to his life. He claims that a night out for him now just consists of playing video games with his friends.

Liu has many projects ahead, including a role in the new Barbie movie, hosting the Juno’s and the sequel to Shang-Chi and the Legend of the Ten Rings.